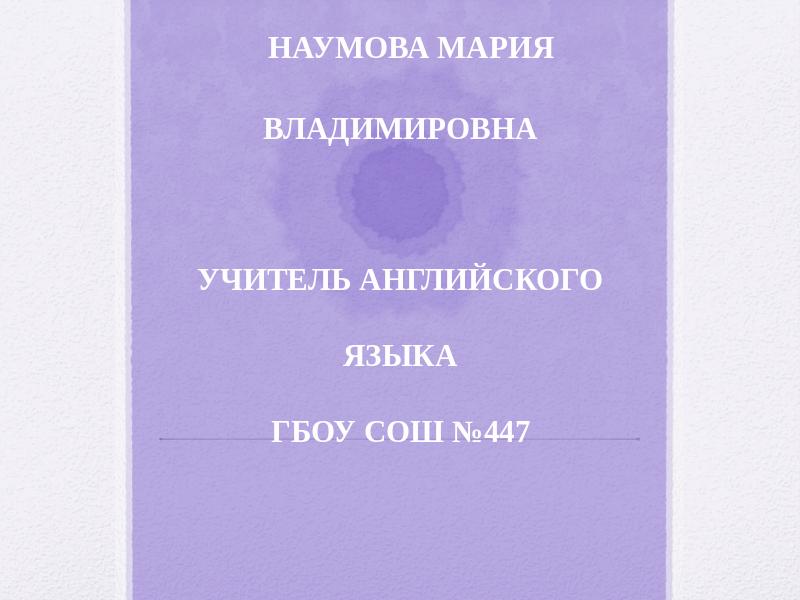 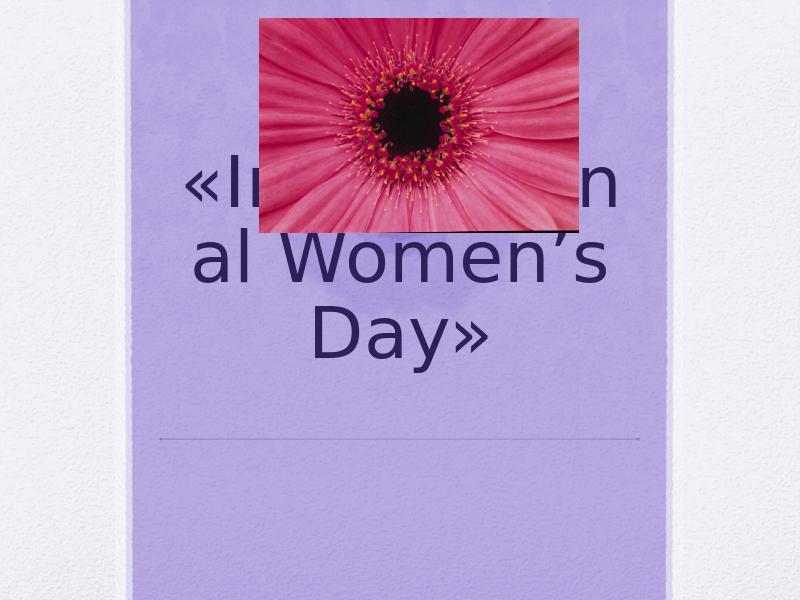 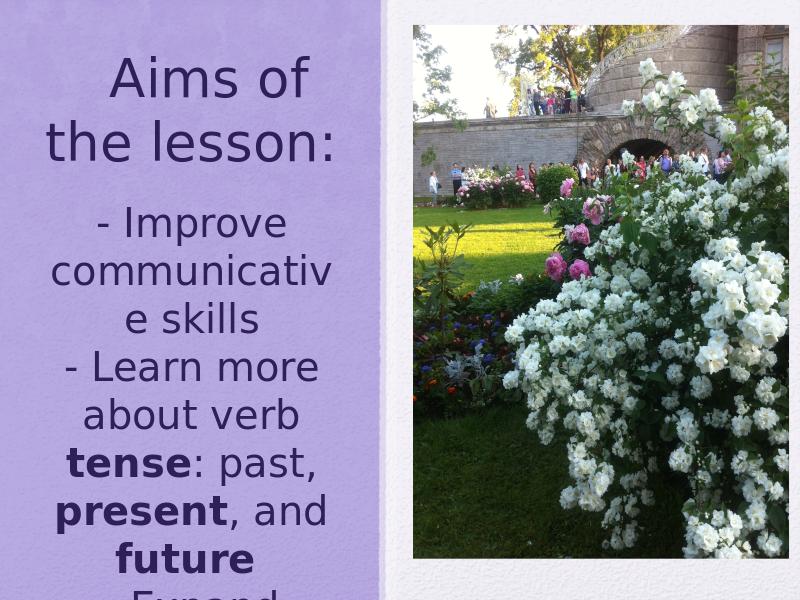 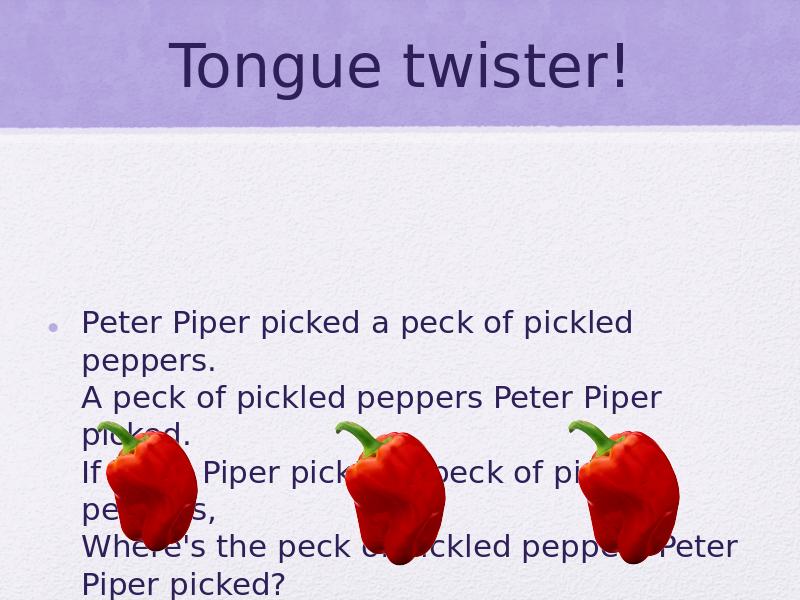 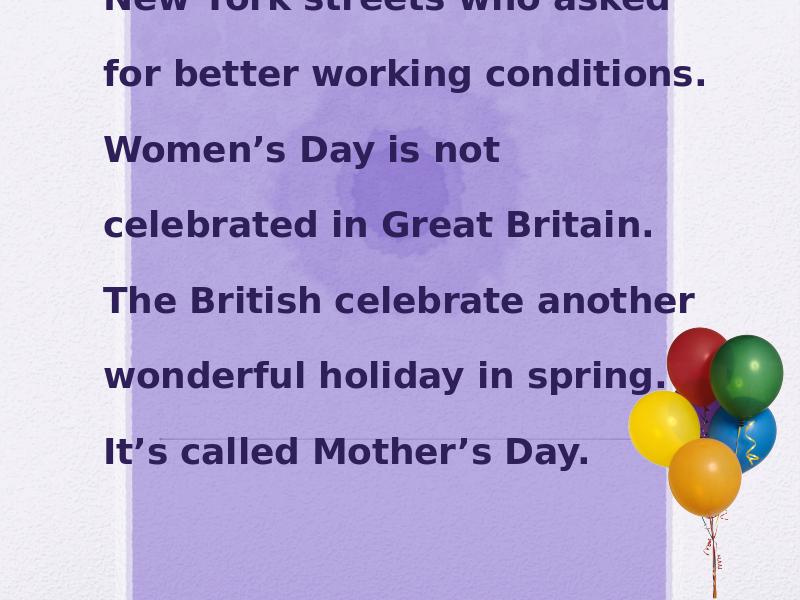 The 8th of March is a great official holiday for all women. It began in 1909 by women in New York streets who asked for better working conditions. Women’s Day is not celebrated in Great Britain. The British celebrate another wonderful holiday in spring. It’s called Mother’s Day. 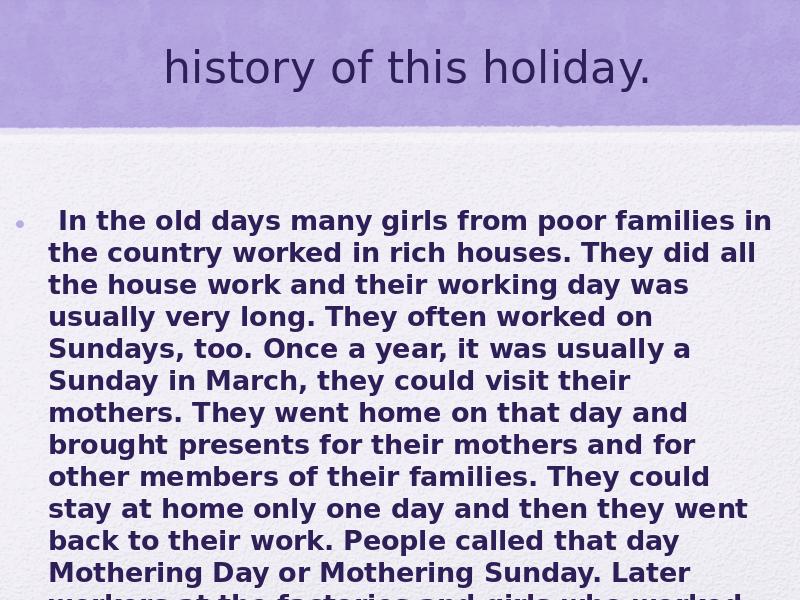 history of this holiday. In the old days many girls from poor families in the country worked in rich houses. They did all the house work and their working day was usually very long. They often worked on Sundays, too. Once a year, it was usually a Sunday in March, they could visit their mothers. They went home on that day and brought presents for their mothers and for other members of their families. They could stay at home only one day and then they went back to their work. People called that day Mothering Day or Mothering Sunday. Later workers at the factories and girls who worked in the houses of rich families received one free day a week, and Mothering Day became Mother's Day 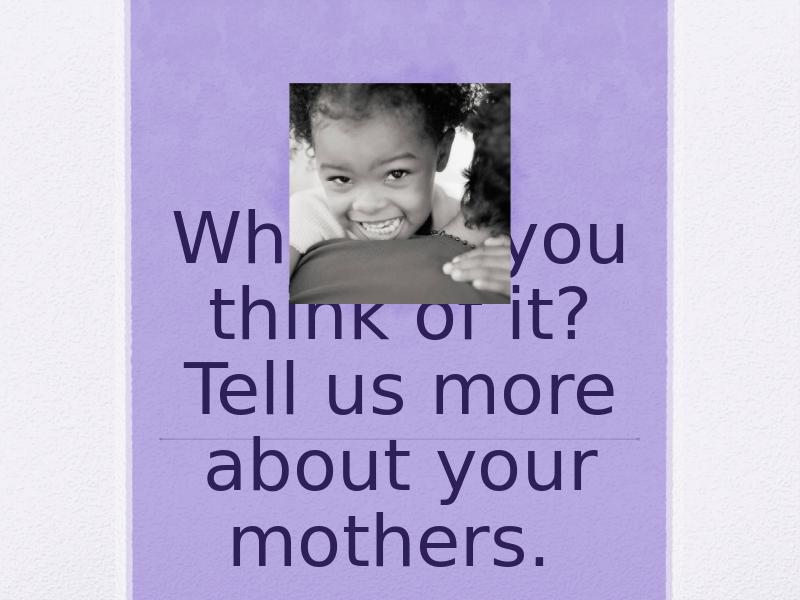 What do you think of it? Tell us more about your mothers. 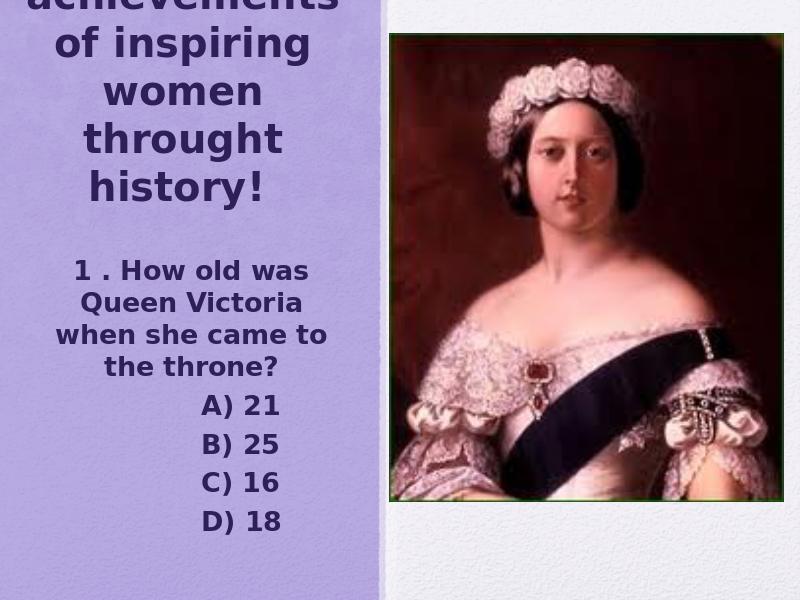 Let’s discover more about lives and achievements of inspiring women throught history! 1 . How old was Queen Victoria when she came to the throne? A) 21 B) 25 C) 16 D) 18 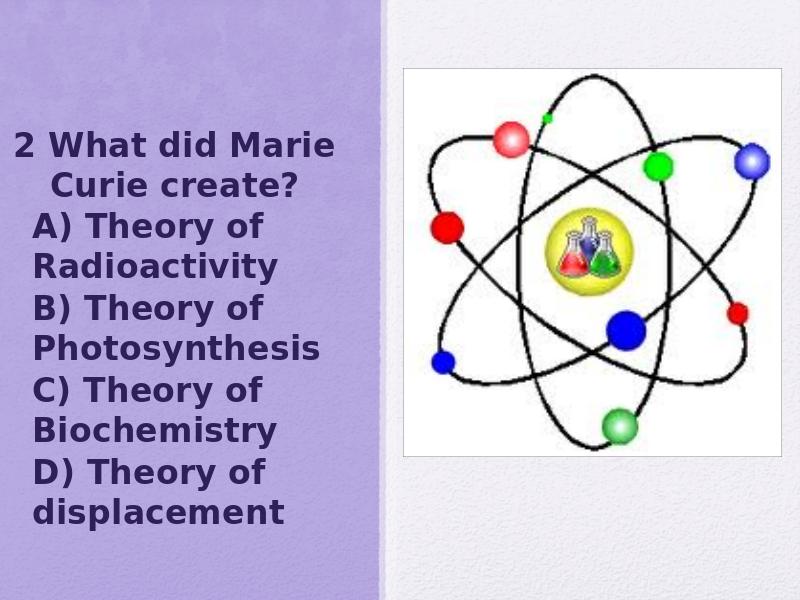 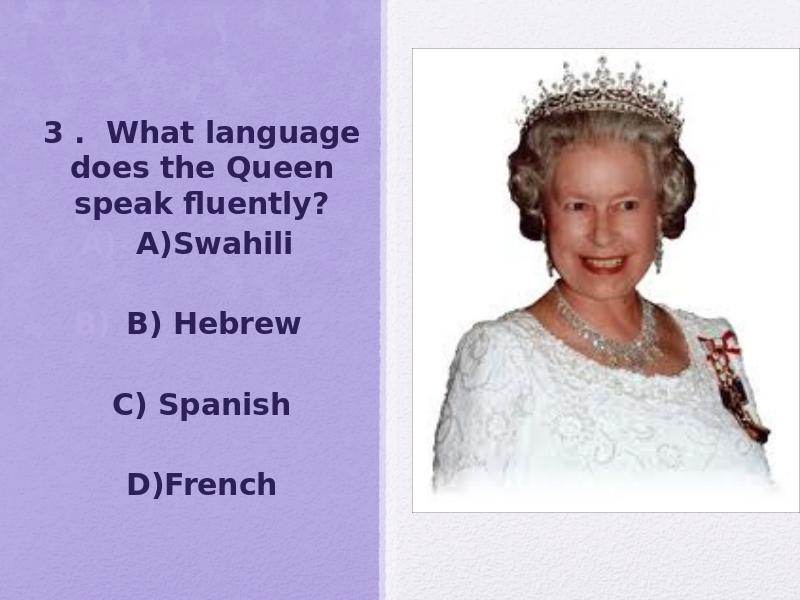 3 . What language does the Queen speak fluently? A)Swahili B) Hebrew C) Spanish D)French 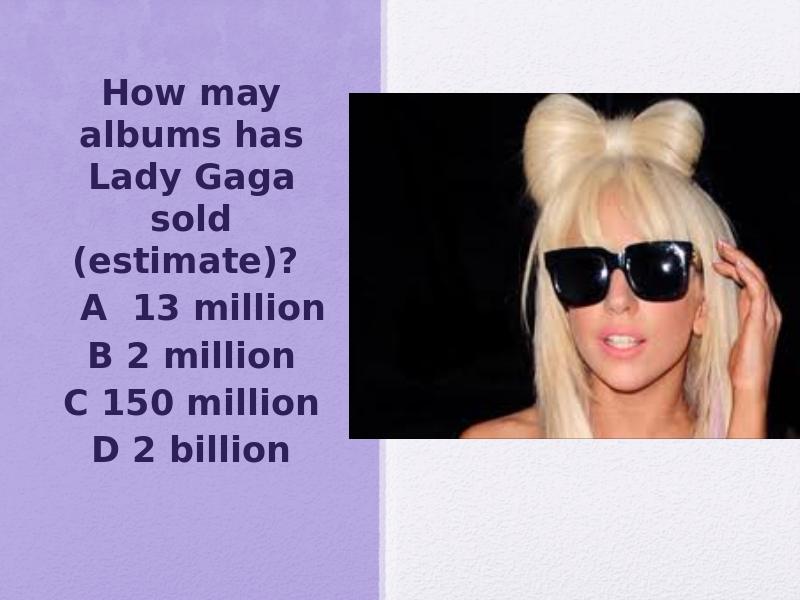 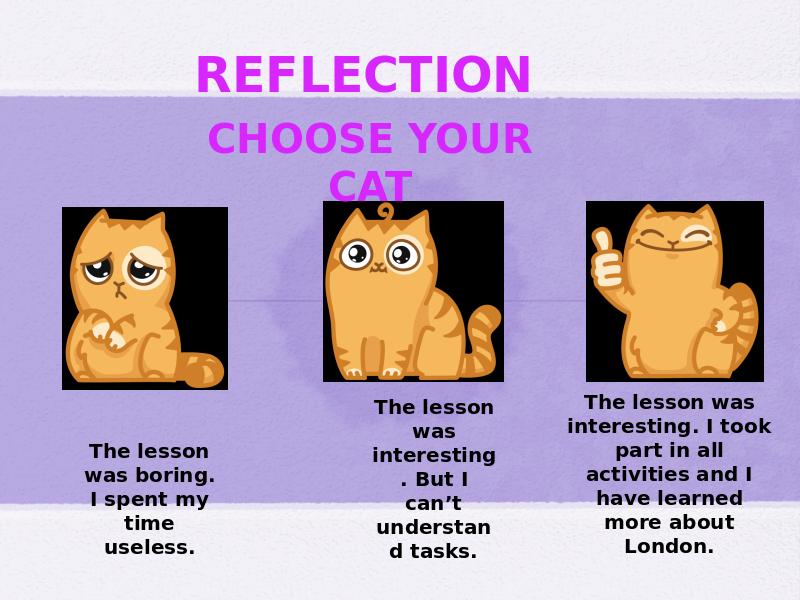