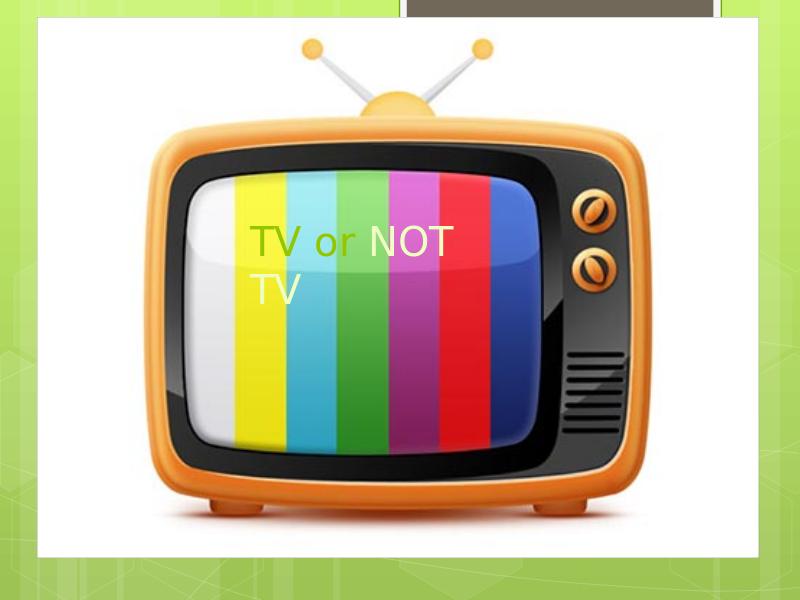 TV or NOT TV 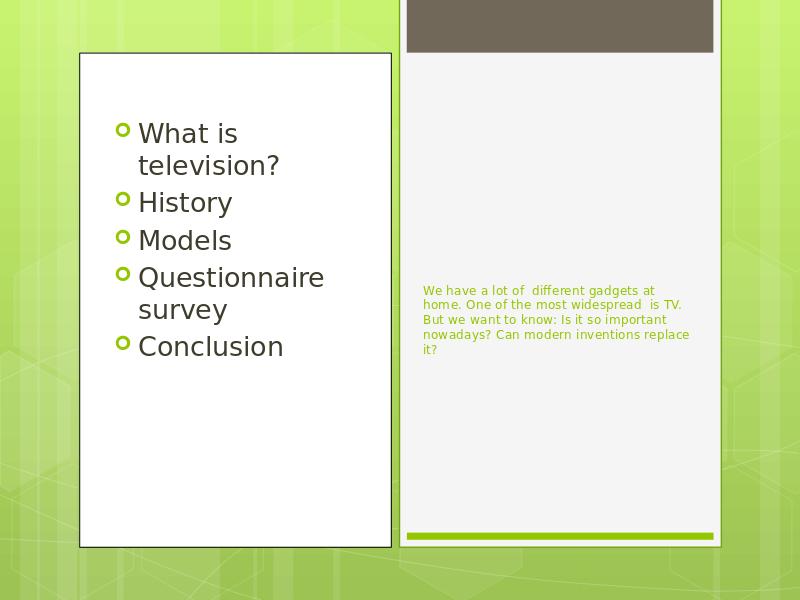 We have a lot of different gadgets at home. One of the most widespread is TV. But we want to know: Is it so important nowadays? Can modern inventions replace it? What is television? History Models Questionnaire survey Conclusion 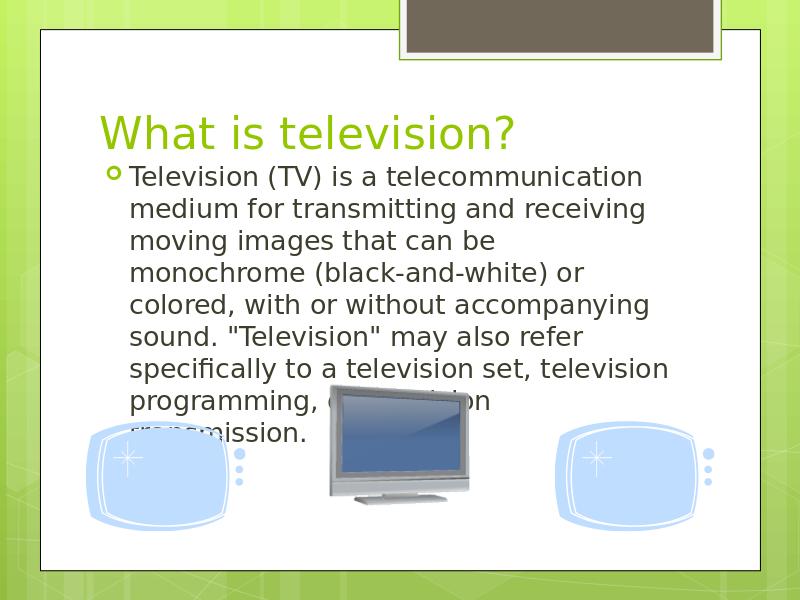 What is television? Television (TV) is a telecommunication medium for transmitting and receiving moving images that can be monochrome (black-and-white) or colored, with or without accompanying sound. "Television" may also refer specifically to a television set, television programming, or television transmission.

History Mechanical televisions were commercially sold from 1928 to 1934 in the United Kingdom, United States, and Soviet Union. The first commercially made electronic televisions with cathode ray tubes were manufactured by Telefunken in Germany in 1934, followed by other makers in France (1936), Britain (1936), and America (1938). 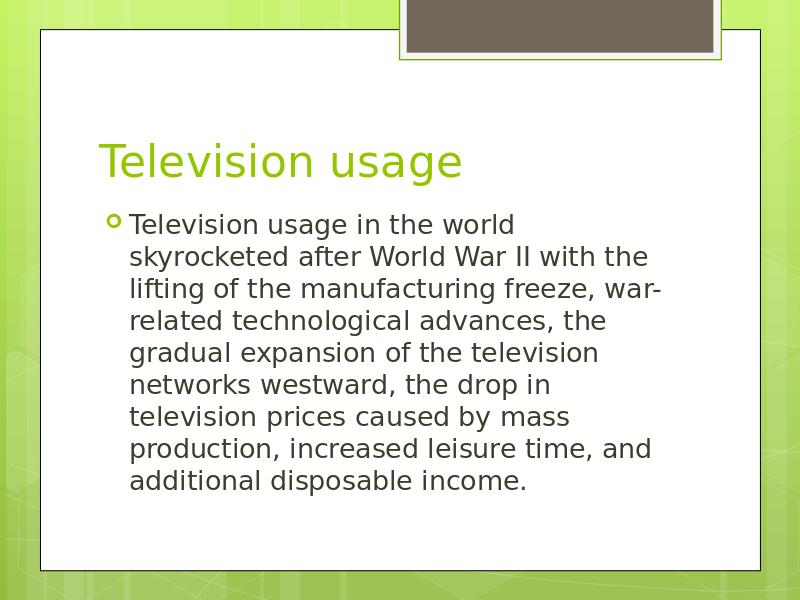 Television usage Television usage in the world skyrocketed after World War II with the lifting of the manufacturing freeze, war-related technological advances, the gradual expansion of the television networks westward, the drop in television prices caused by mass production, increased leisure time, and additional disposable income. 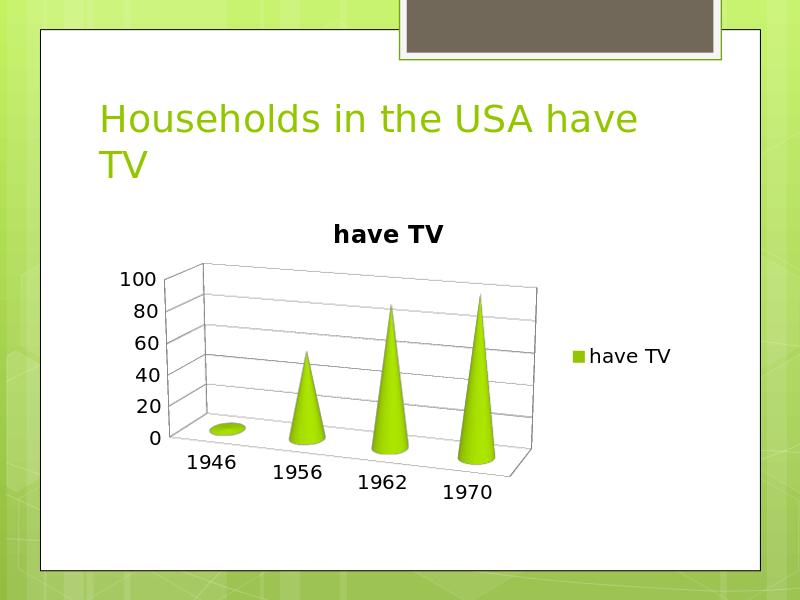 Households in the USA have TV 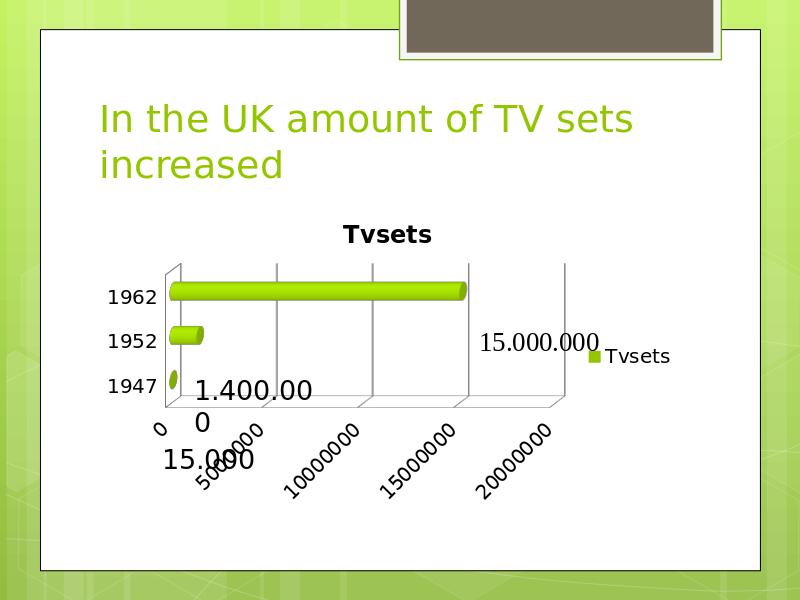 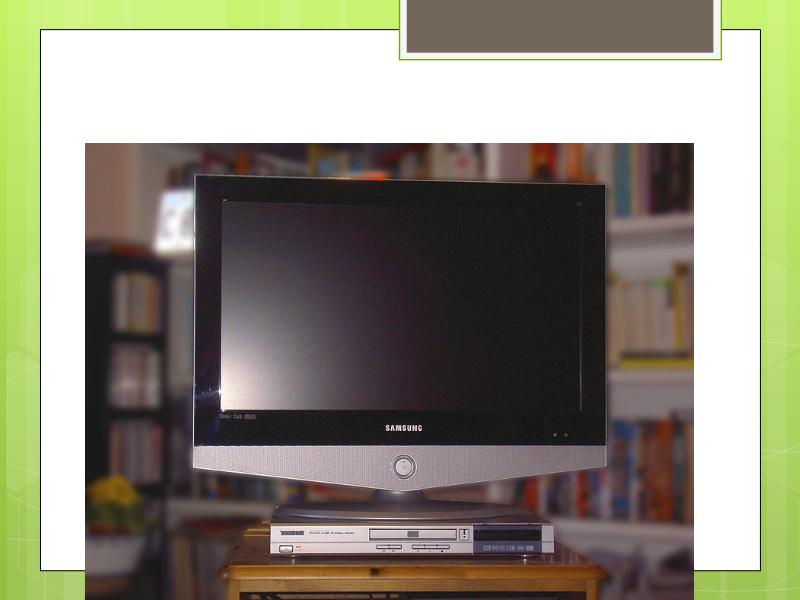 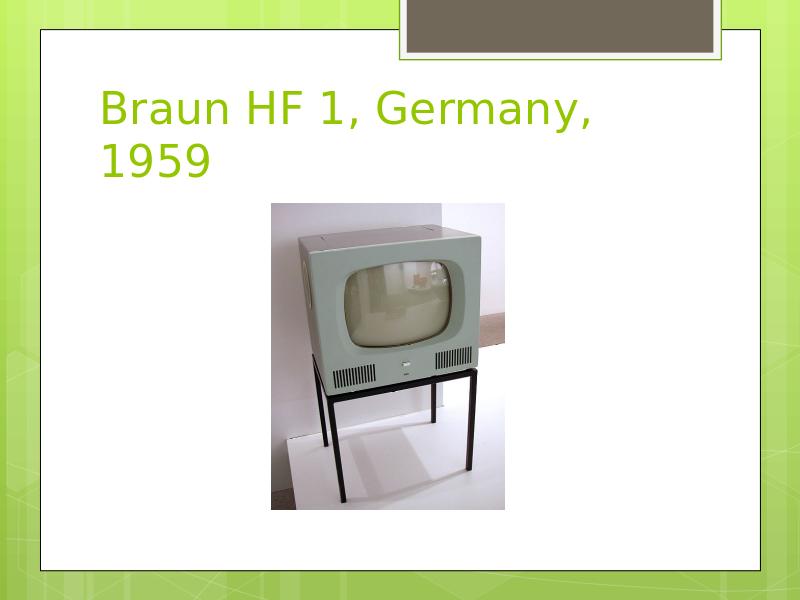 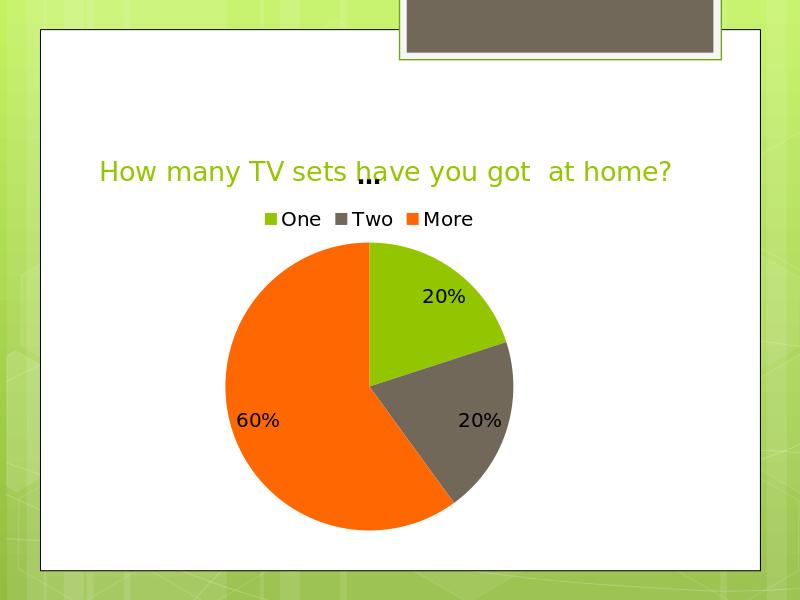 How many TV sets have you got at home? 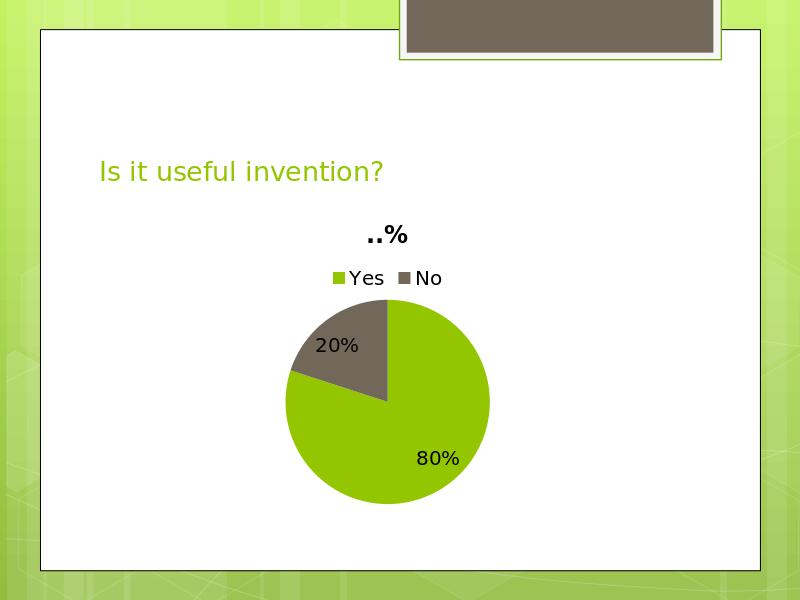 Is it useful invention? 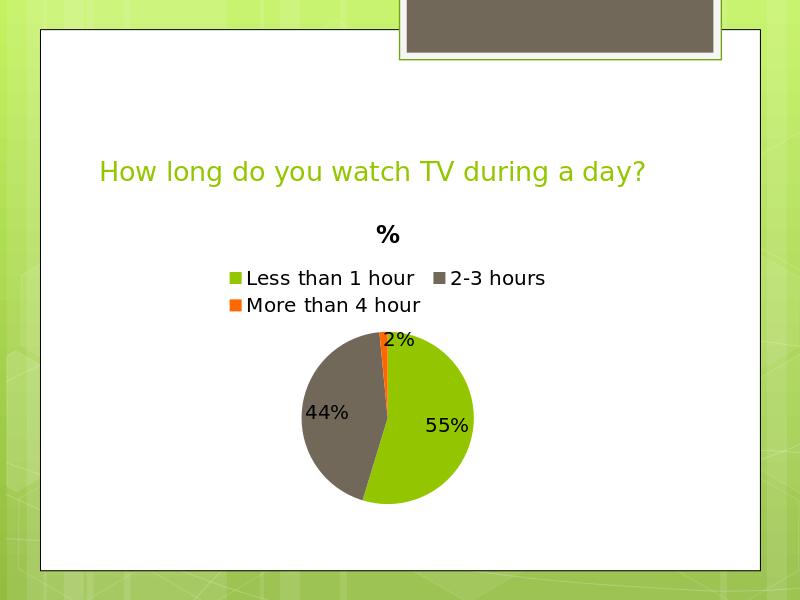 How long do you watch TV during a day? 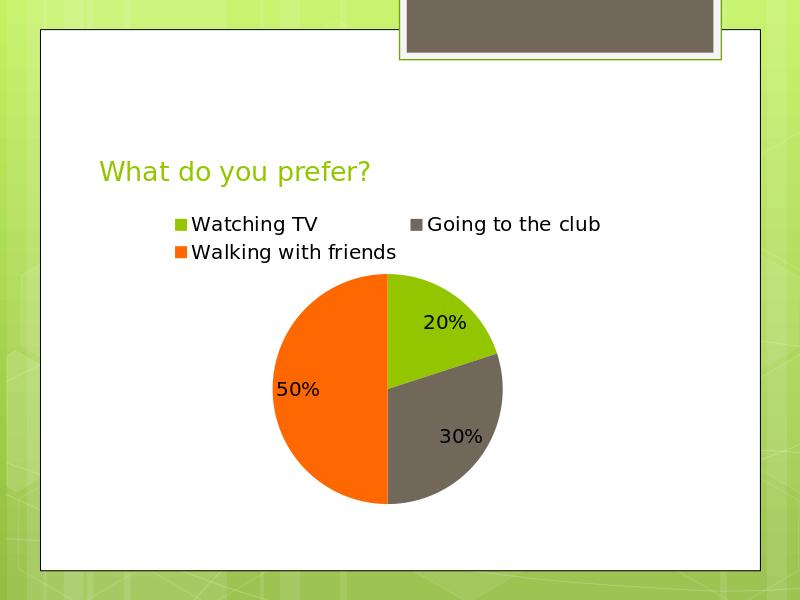 What do you prefer? 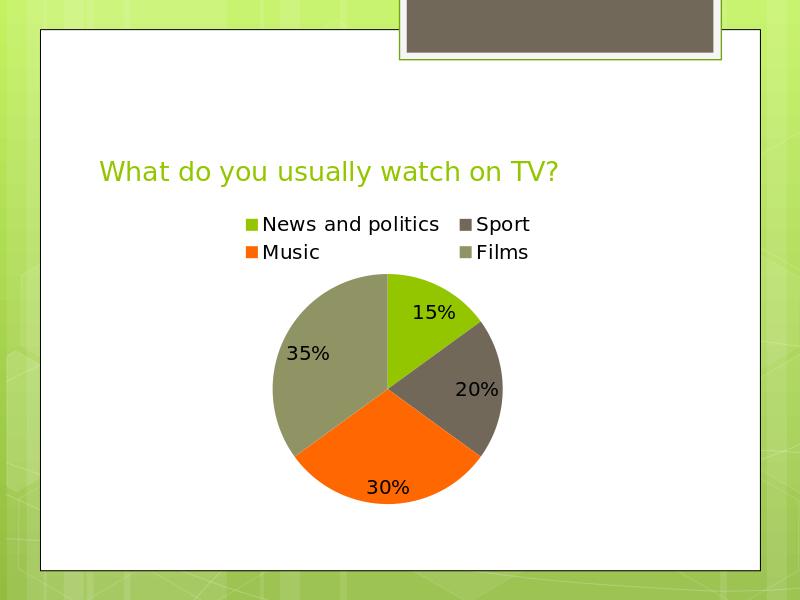 What do you usually watch on TV? 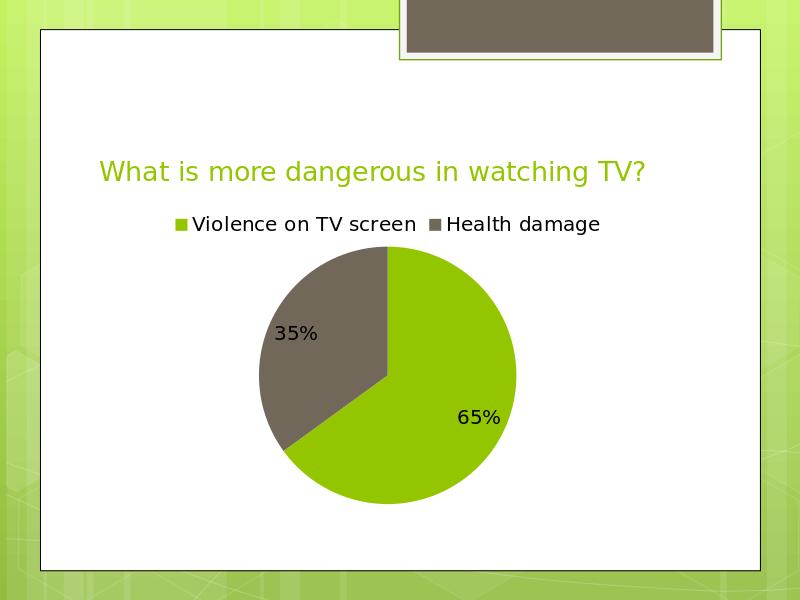 What is more dangerous in watching TV? 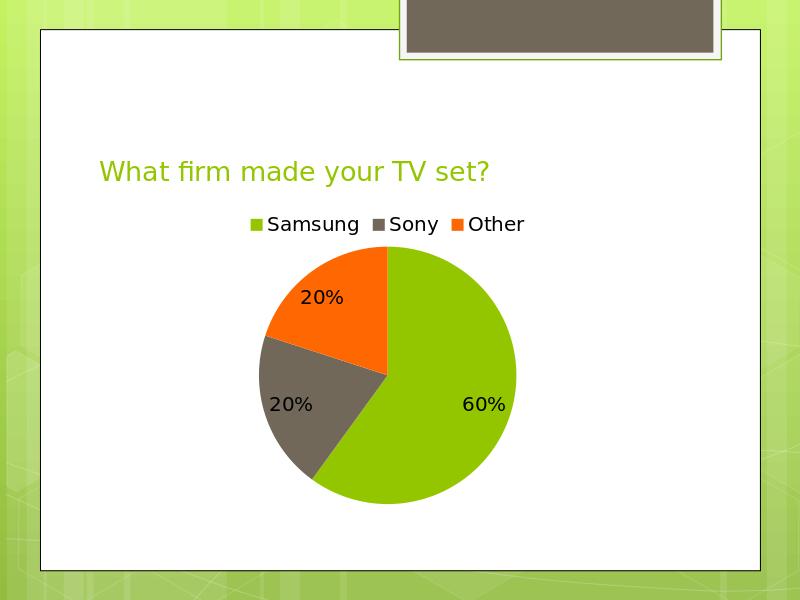 What firm made your TV set? 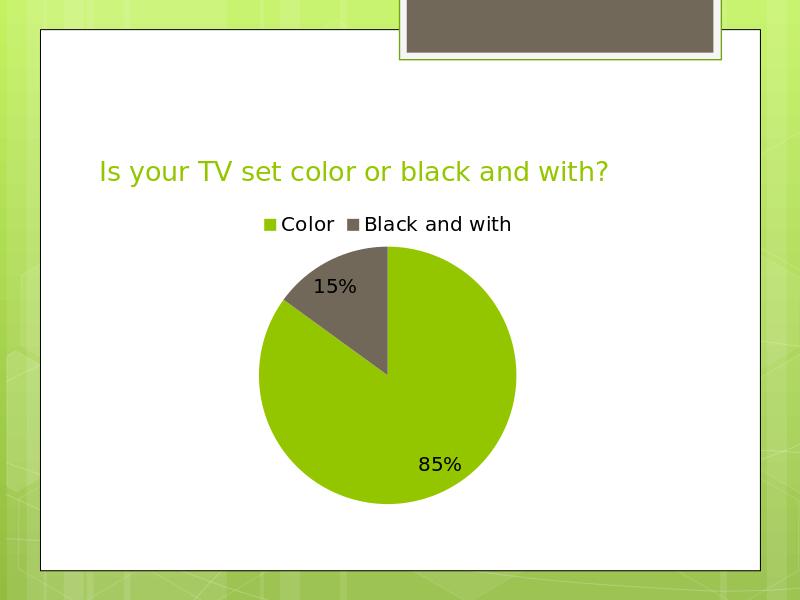 Is your TV set color or black and with? 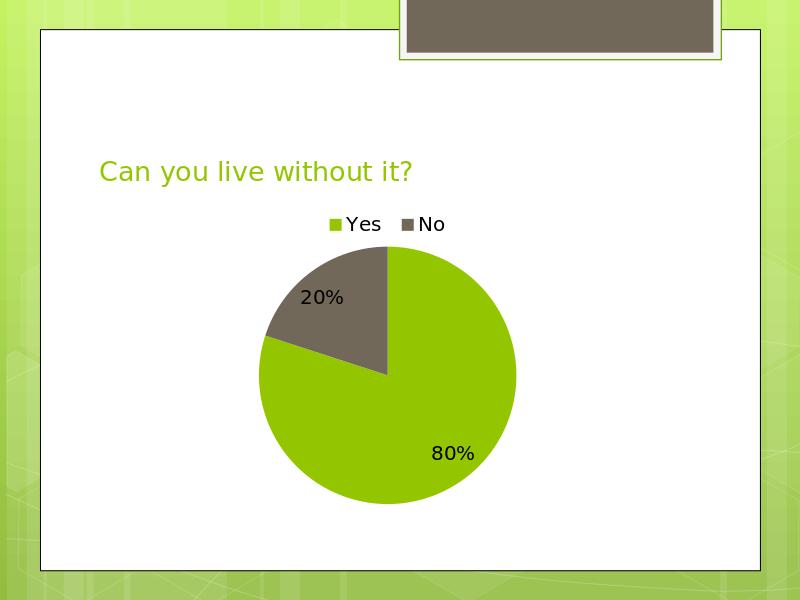 Can you live without it? 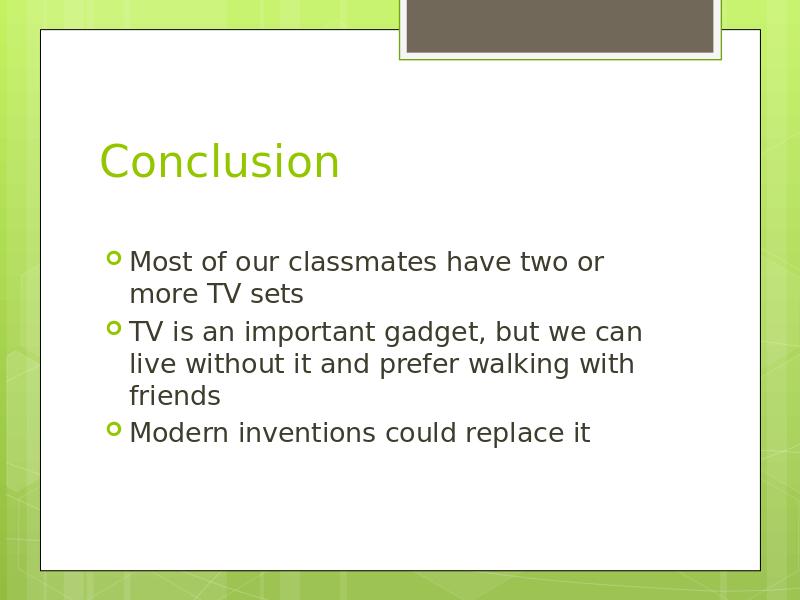 Conclusion Most of our classmates have two or more TV sets TV is an important gadget, but we can live without it and prefer walking with friends Modern inventions could replace it 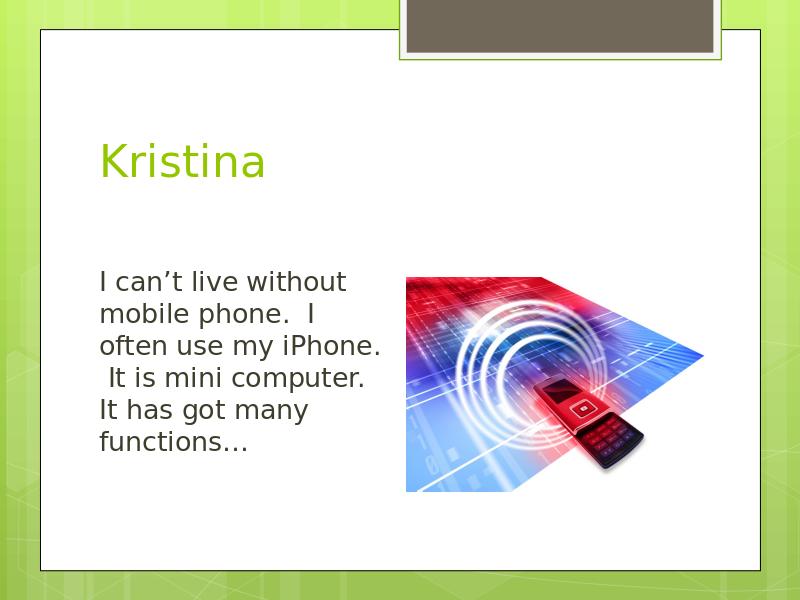 Kristina I can’t live without mobile phone. I often use my iPhone. It is mini computer. It has got many functions… 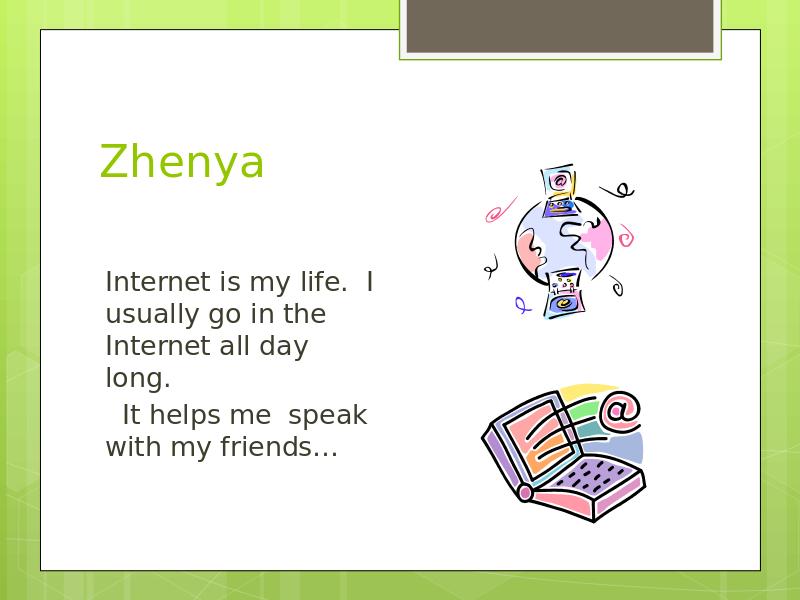 Zhenya Internet is my life. I usually go in the Internet all day long. It helps me speak with my friends… 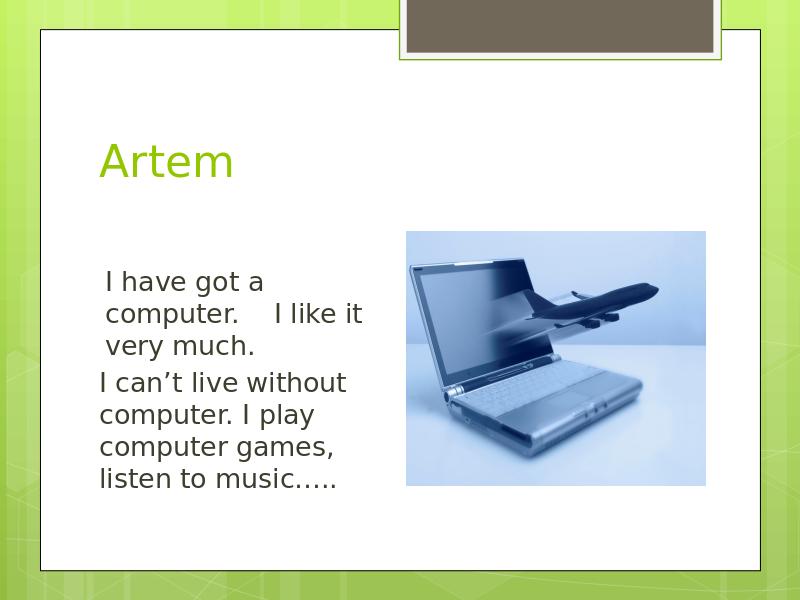 Artem I have got a computer. I like it very much. I can’t live without computer. I play computer games, listen to music….. 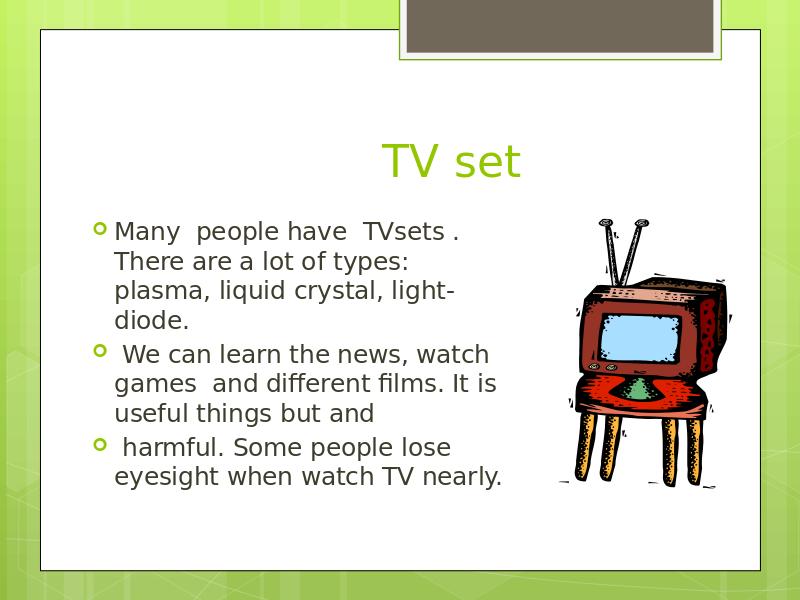 TV set Many people have TVsets . There are a lot of types: plasma, liquid crystal, light-diode. We can learn the news, watch games and different films. It is useful things but and harmful. Some people lose eyesight when watch TV nearly.