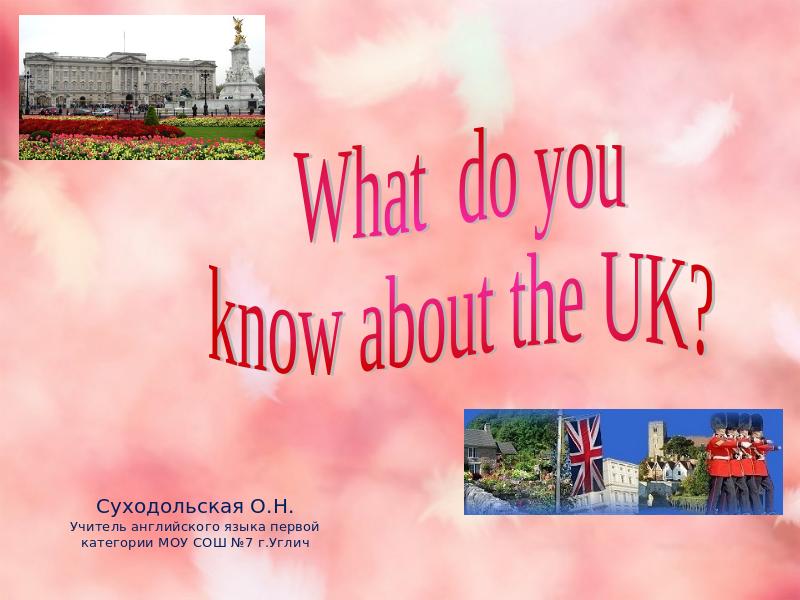 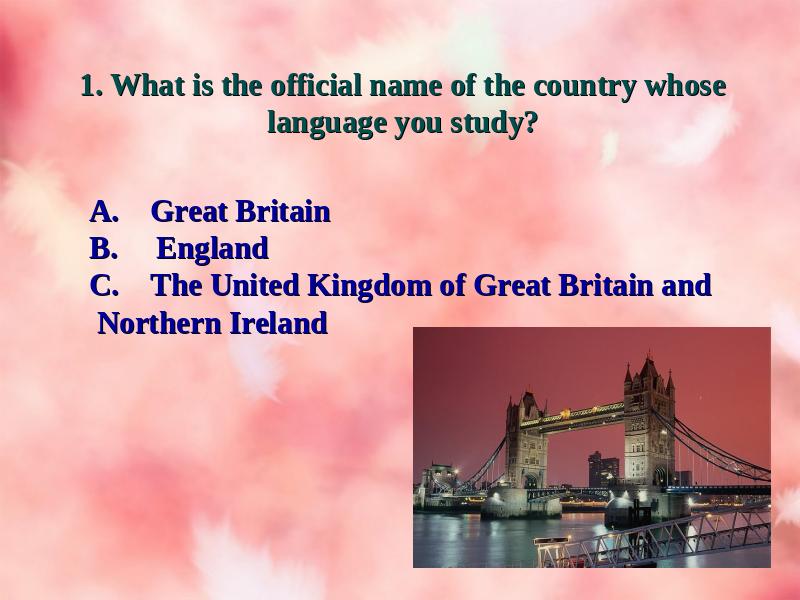 1. What is the official name of the country whose language you study? A. Great Britain B. England C. The United Kingdom of Great Britain and Northern Ireland 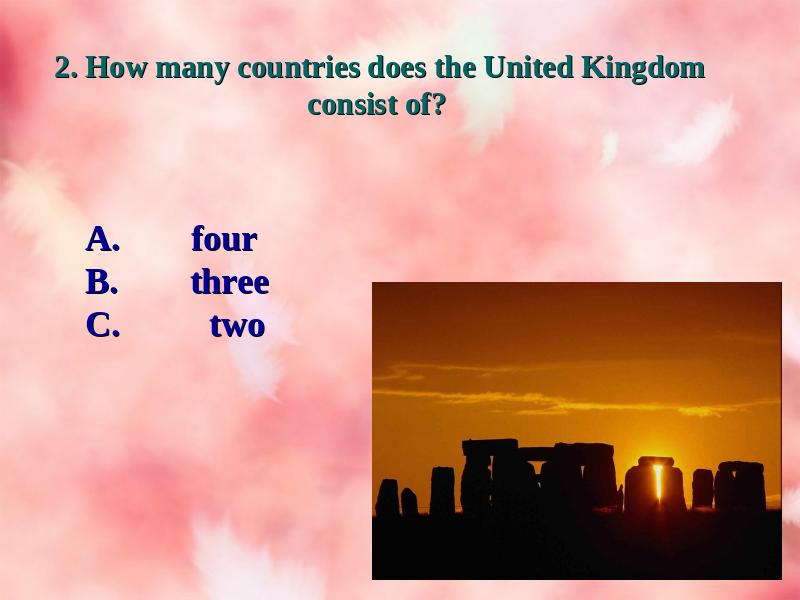 2. How many countries does the United Kingdom consist of? A. four B. three C. two 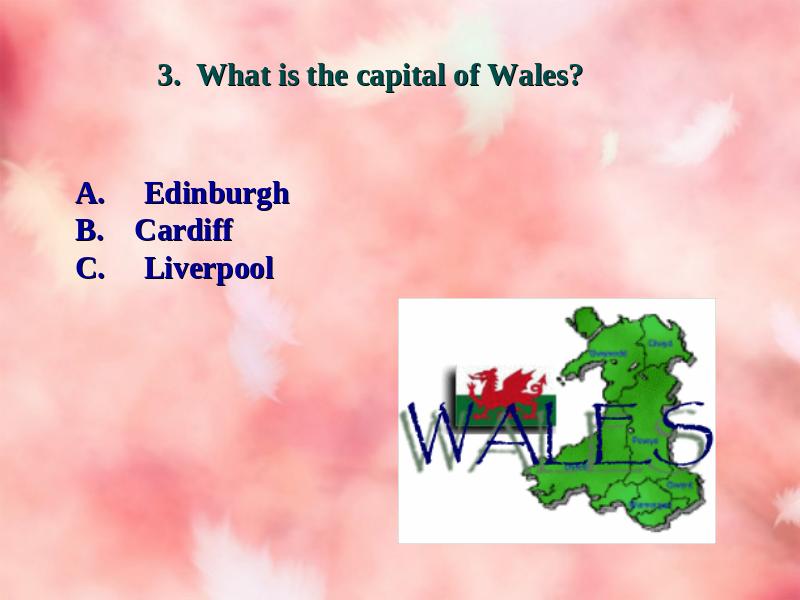 3. What is the capital of Wales? A. Edinburgh B. Cardiff C. Liverpool 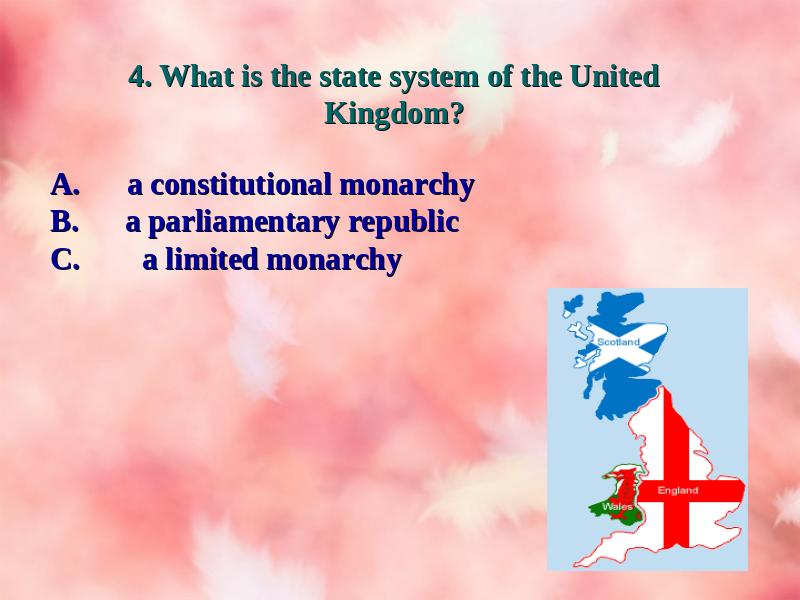 4. What is the state system of the United Kingdom? A. a constitutional monarchy B. a parliamentary republic C. a limited monarchy 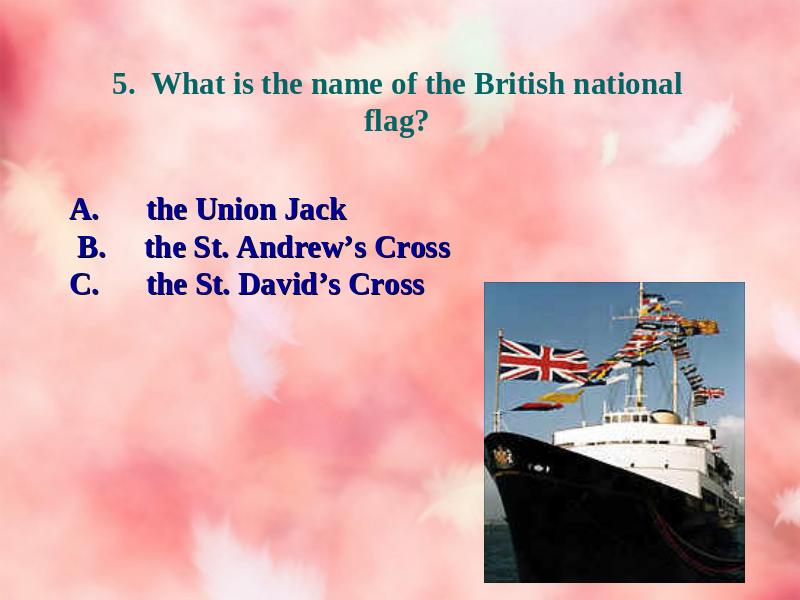 5. What is the name of the British national flag? A. the Union Jack B. the St. Andrew’s Cross C. the St. David’s Cross 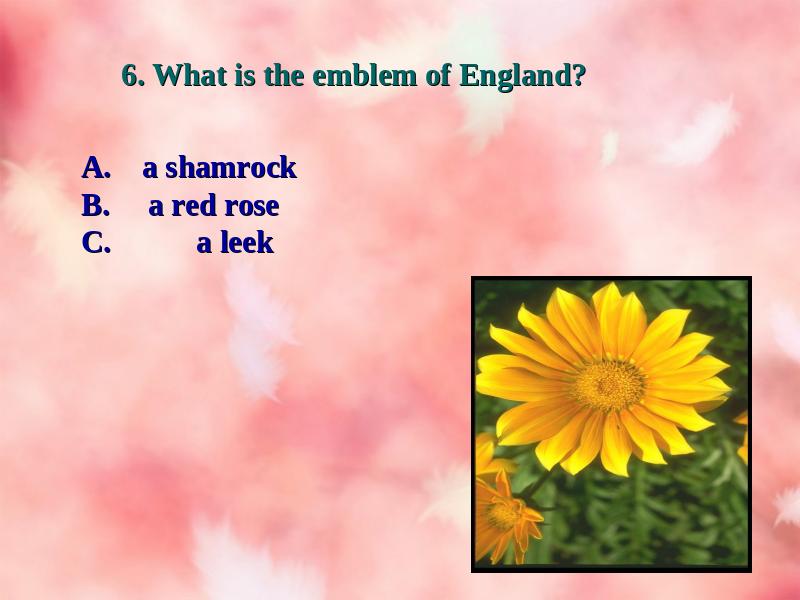 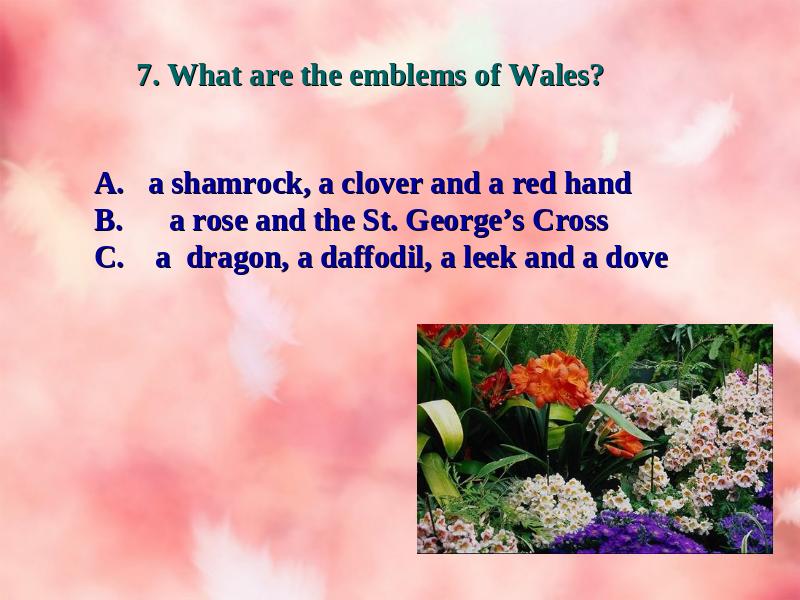 7. What are the emblems of Wales? a shamrock, a clover and a red hand B. a rose and the St. George’s Cross C. a dragon, a daffodil, a leek and a dove 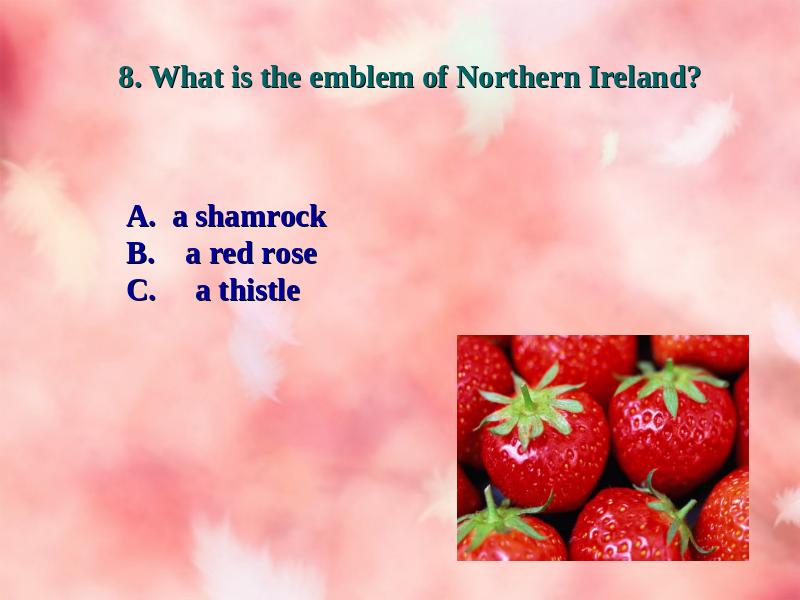 8. What is the emblem of Northern Ireland? A. a shamrock B. a red rose C. a thistle 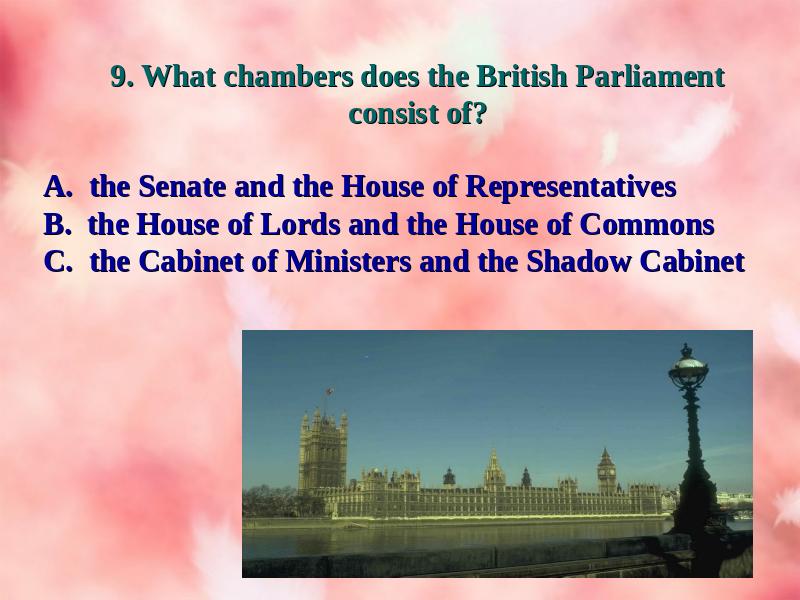 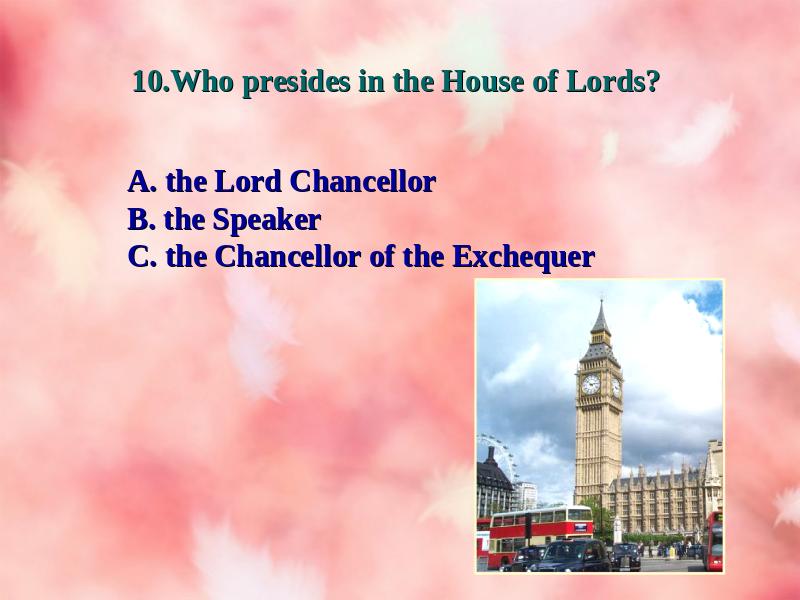 10.Who presides in the House of Lords? A. the Lord Chancellor B. the Speaker C. the Chancellor of the Exchequer 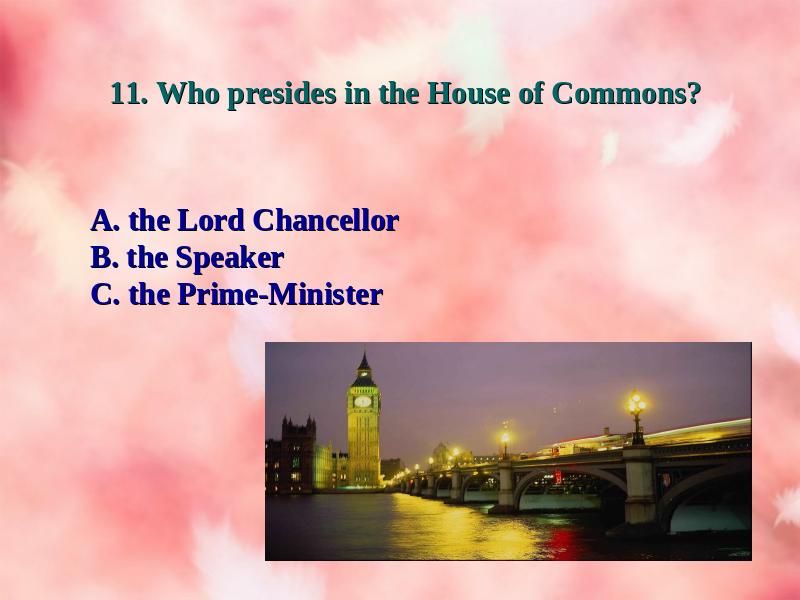 11. Who presides in the House of Commons? A. the Lord Chancellor B. the Speaker C. the Prime-Minister 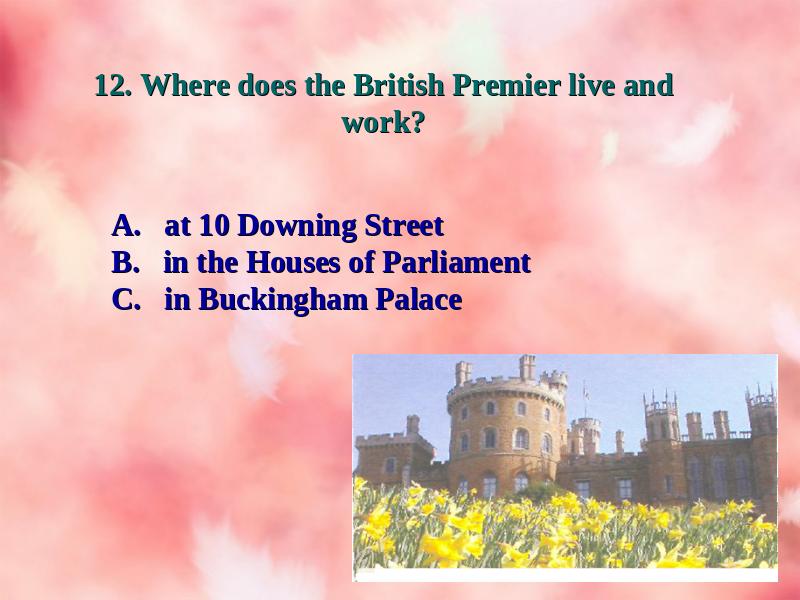 12. Where does the British Premier live and work? A. at 10 Downing Street B. in the Houses of Parliament C. in Buckingham Palace 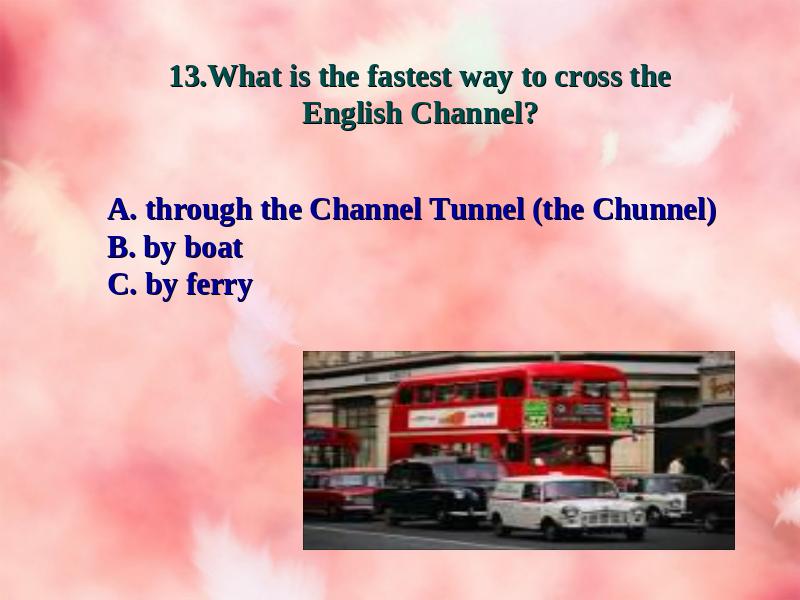 A. through the Channel Tunnel (the Chunnel) B. by boat C. by ferry 13.What is the fastest way to cross the English Channel? 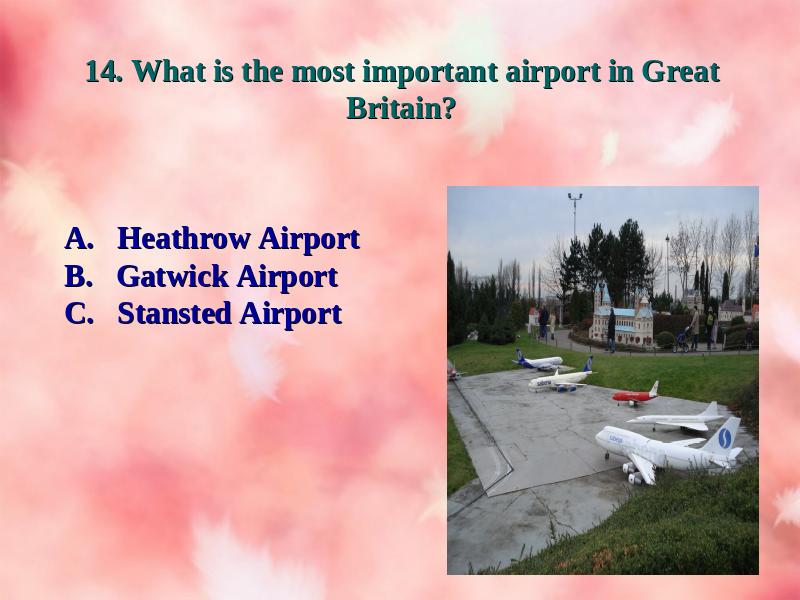 14. What is the most important airport in Great Britain? A. Heathrow Airport B. Gatwick Airport C. Stansted Airport 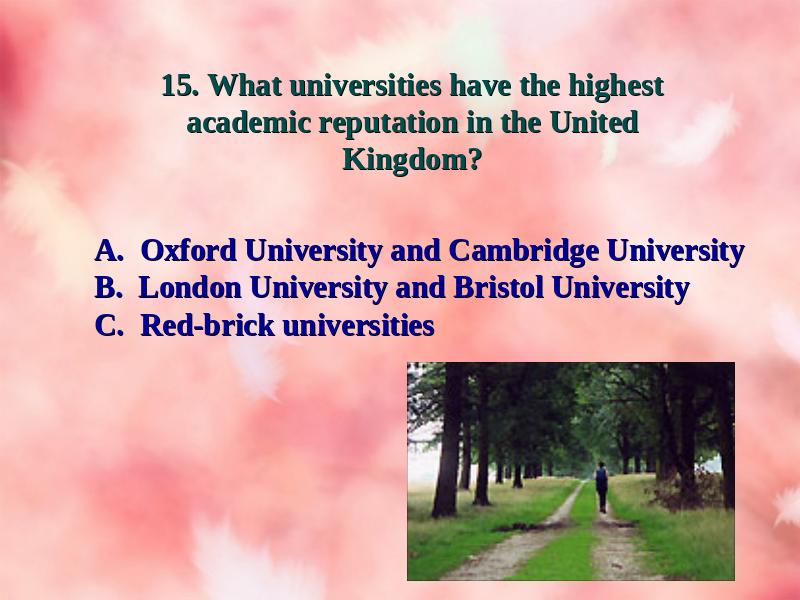 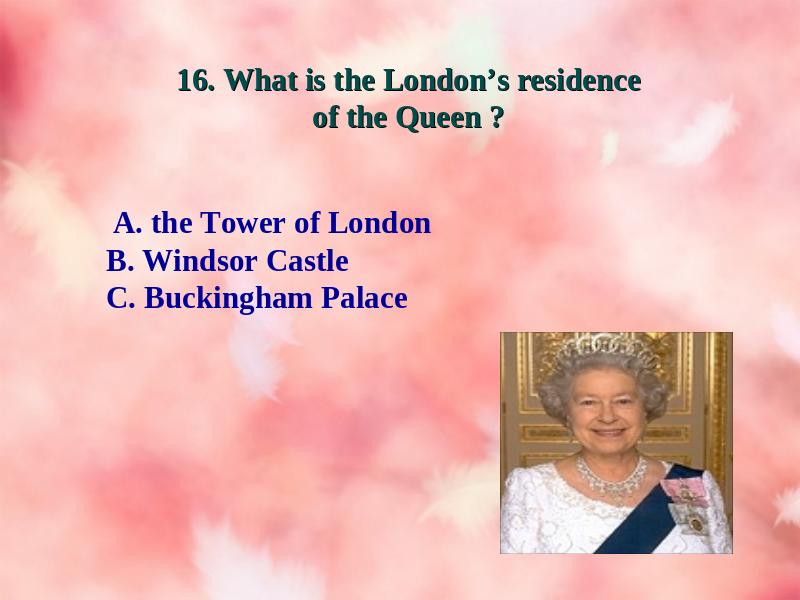 16. What is the London’s residence of the Queen ? A. the Tower of London B. Windsor Castle C. Buckingham Palace 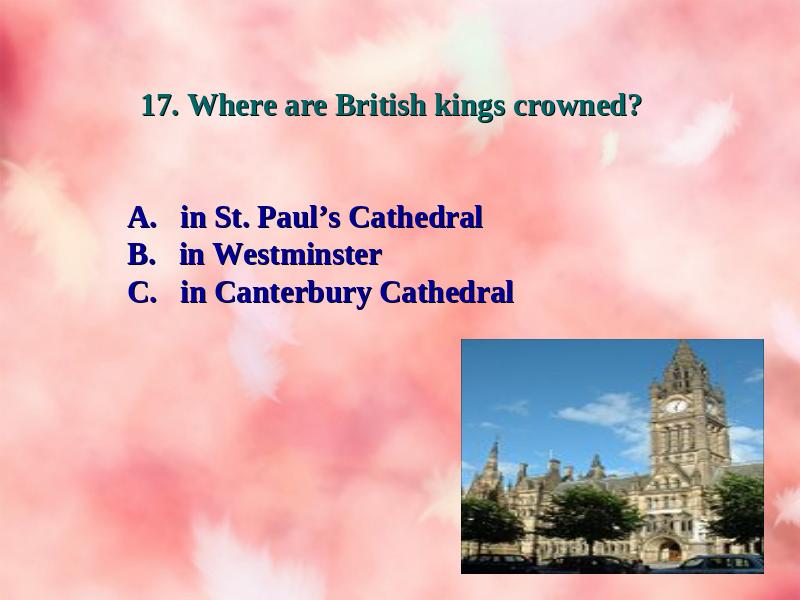 17. Where are British kings crowned? A. in St. Paul’s Cathedral B. in Westminster C. in Canterbury Cathedral 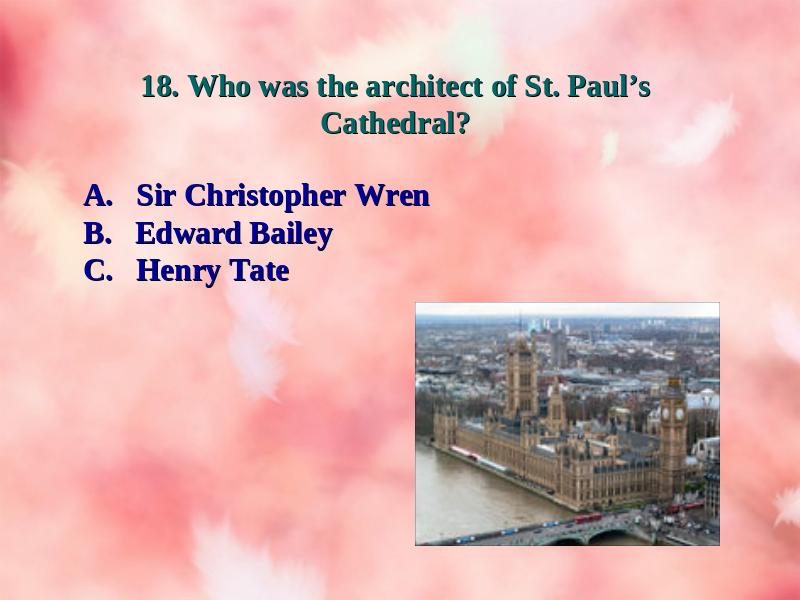 18. Who was the architect of St. Paul’s Cathedral? A. Sir Christopher Wren B. Edward Bailey C. Henry Tate 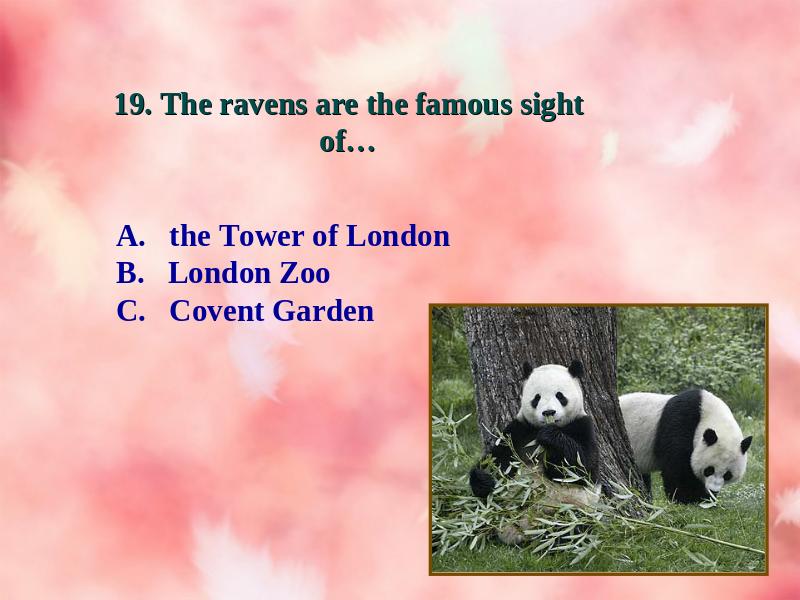 19. The ravens are the famous sight of… A. the Tower of London B. London Zoo C. Covent Garden 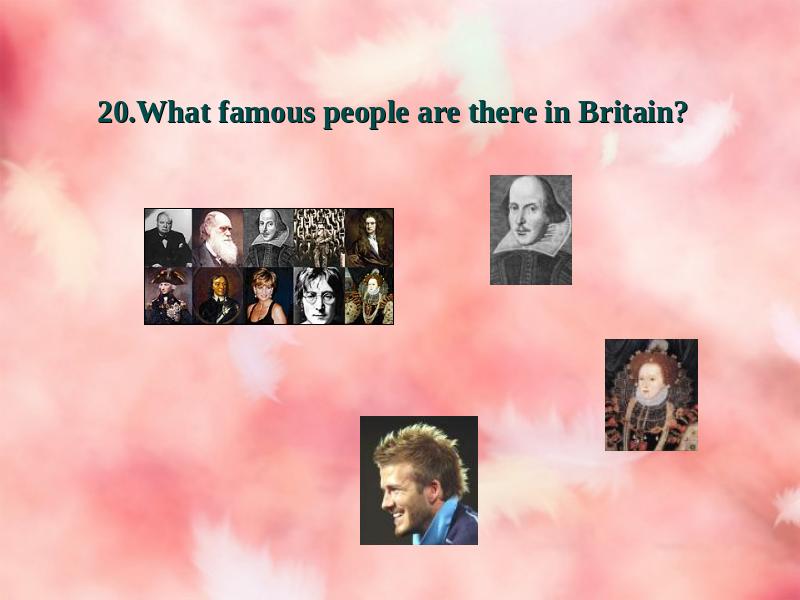 20.What famous people are there in Britain?