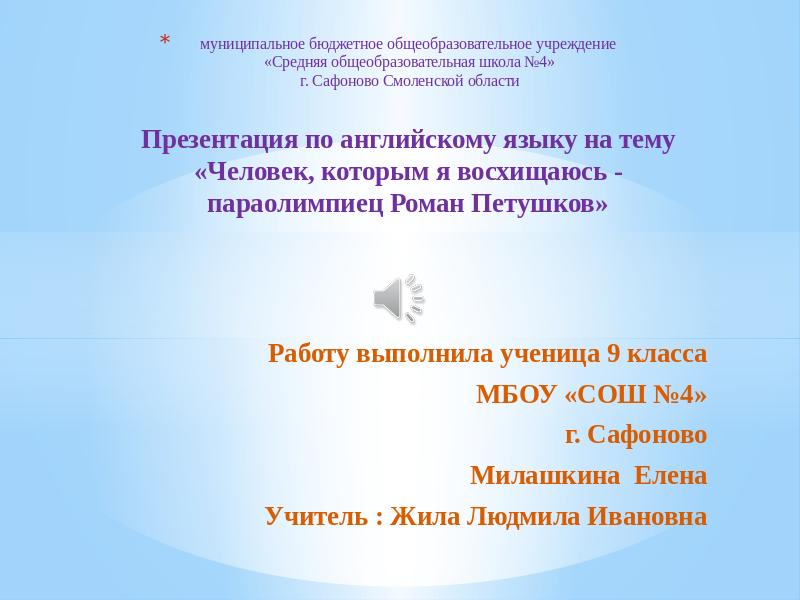 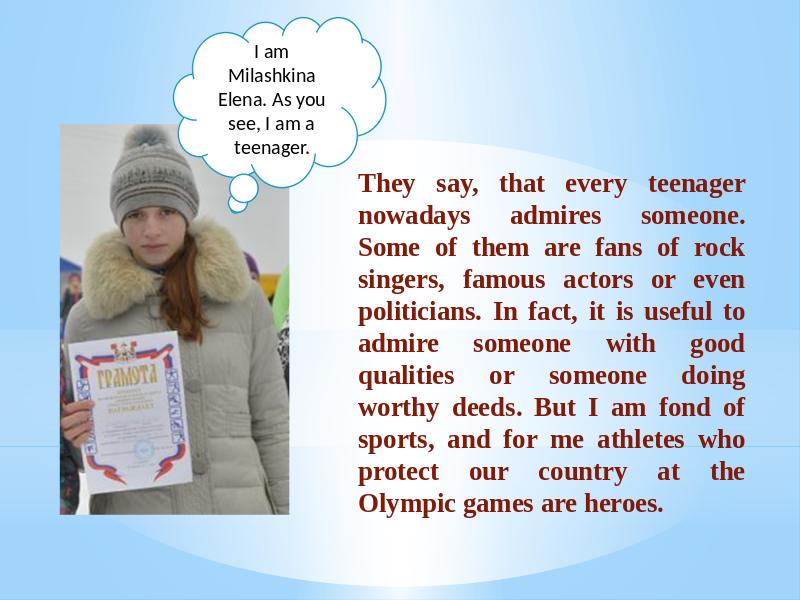 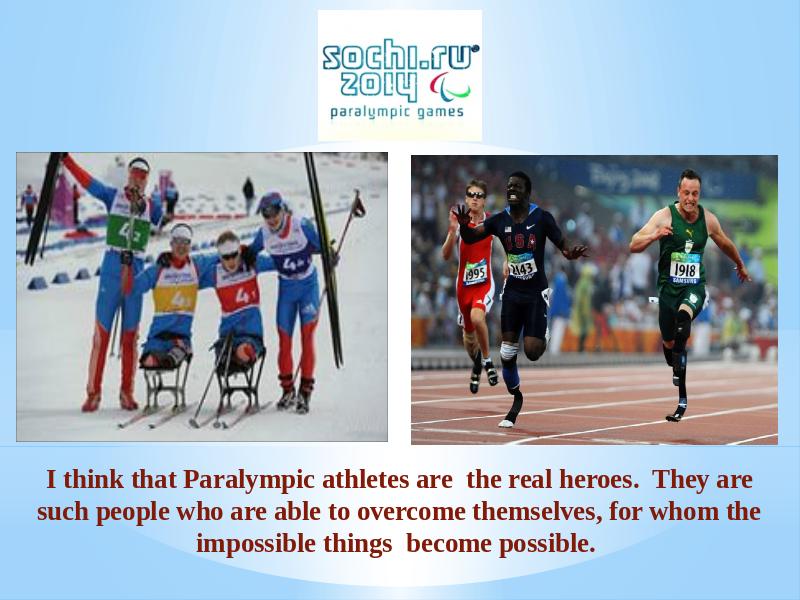 I think that Paralympic athletes are the real heroes. They are such people who are able to overcome themselves, for whom the impossible things become possible. 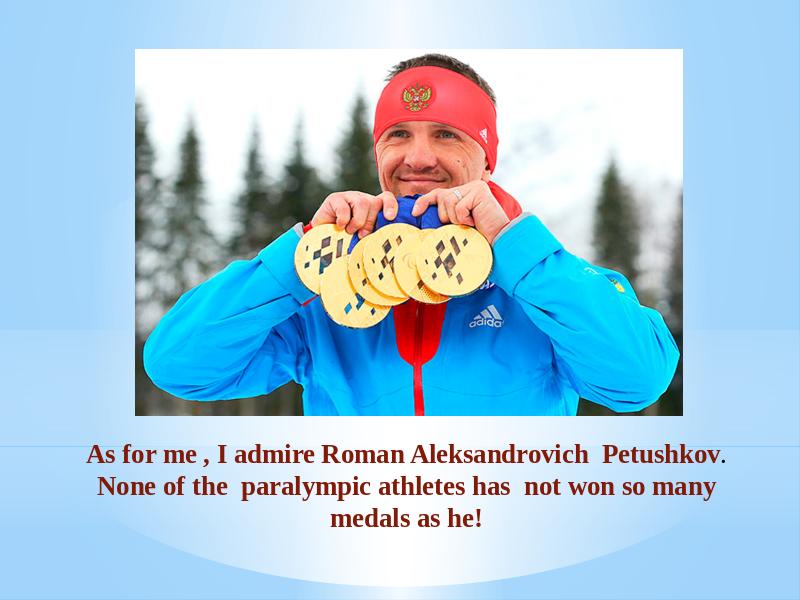 As for me , I admire Roman Aleksandrovich Petushkov. None of the paralympic athletes has not won so many medals as he! 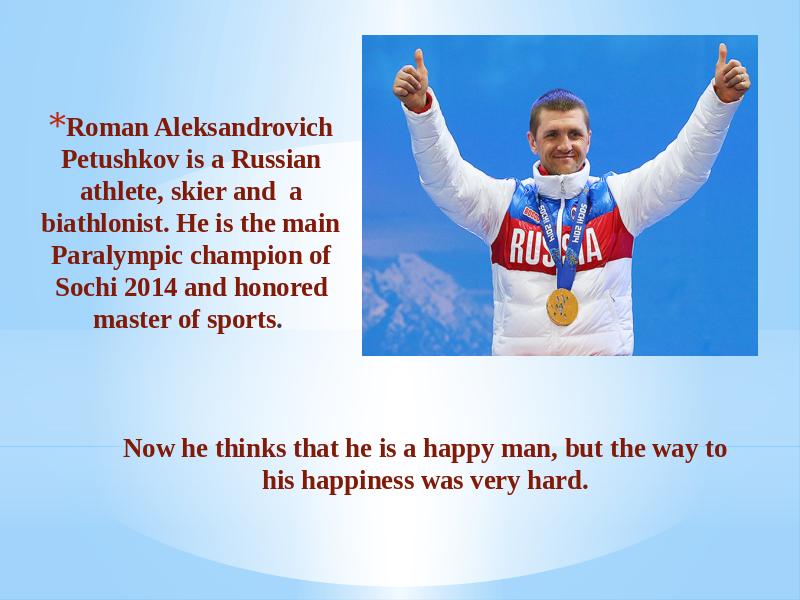 Roman Aleksandrovich Petushkov is a Russian athlete, skier and a biathlonist. He is the main Paralympic champion of Sochi 2014 and honored master of sports. Now he thinks that he is a happy man, but the way to his happiness was very hard. 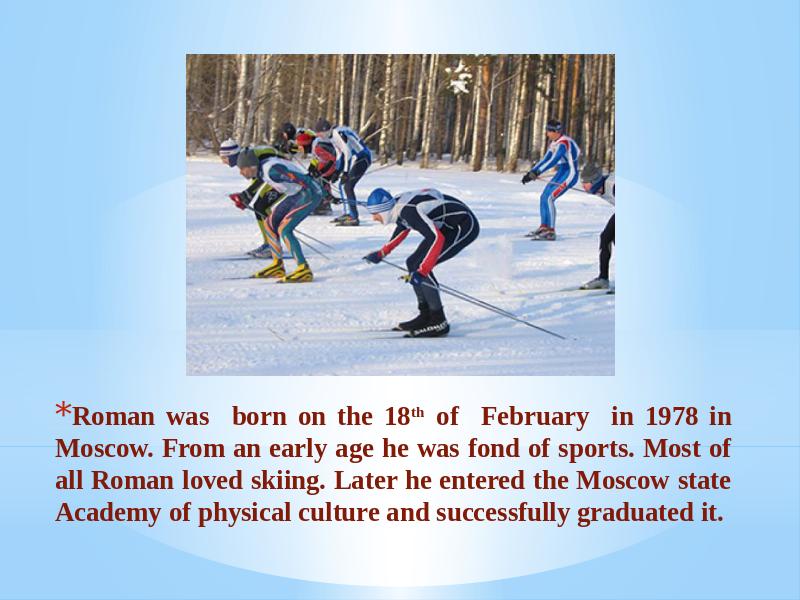 Roman was born on the 18th of February in 1978 in Moscow. From an early age he was fond of sports. Most of all Roman loved skiing. Later he entered the Moscow state Academy of physical culture and successfully graduated it. 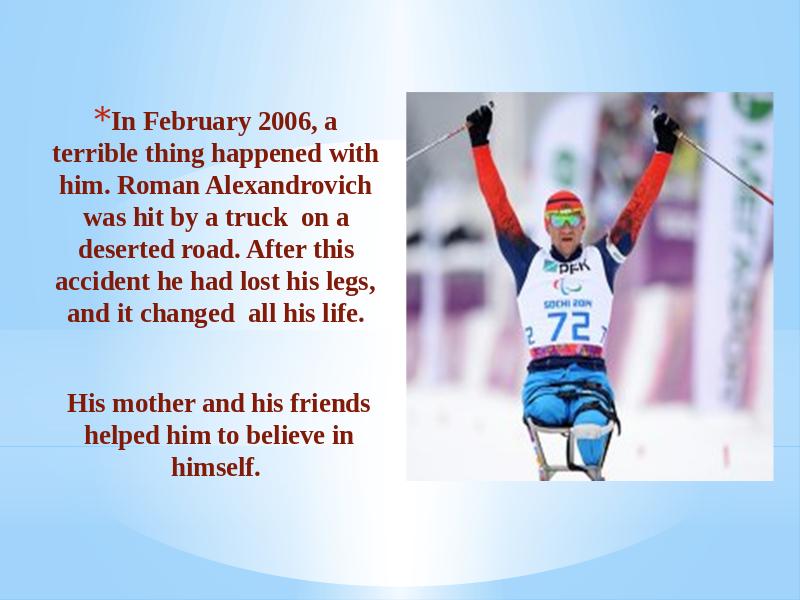 In February 2006, a terrible thing happened with him. Roman Alexandrovich was hit by a truck on a deserted road. After this accident he had lost his legs, and it changed all his life. His mother and his friends helped him to believe in himself. 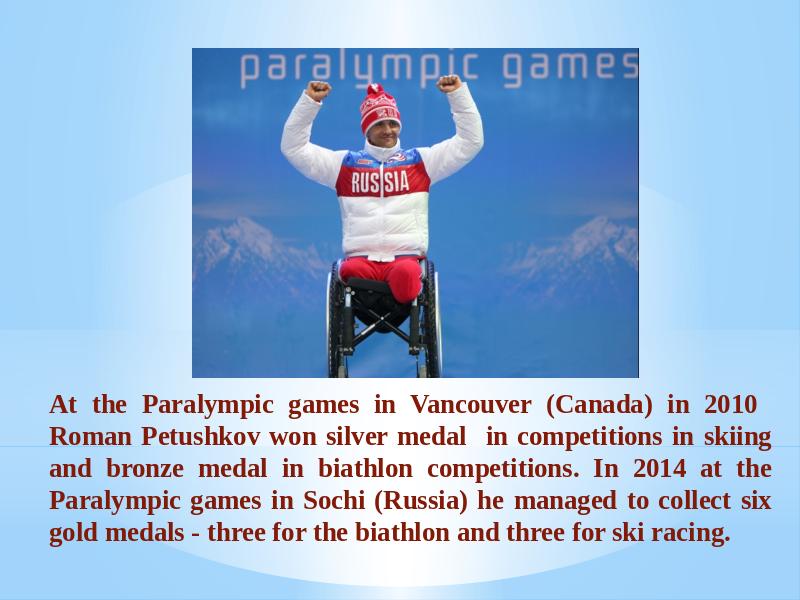 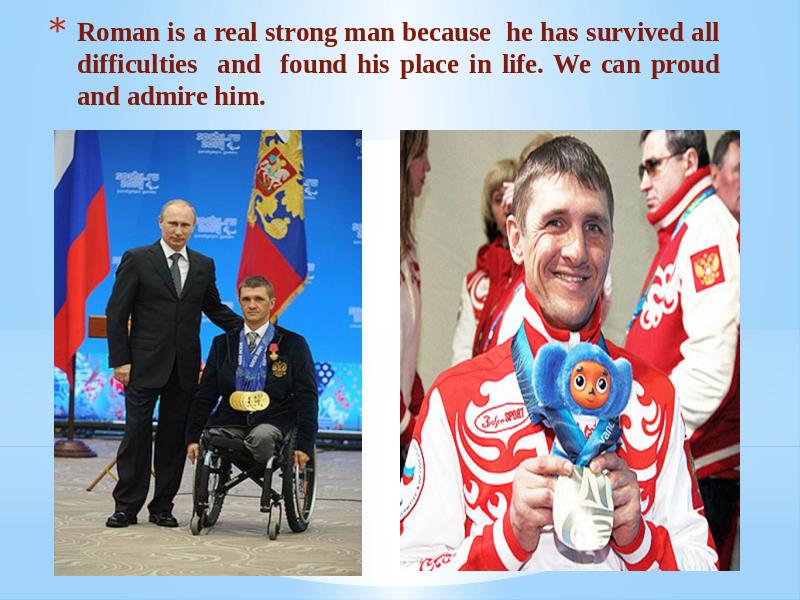 Roman is a real strong man because he has survived all difficulties and found his place in life. We can proud and admire him. 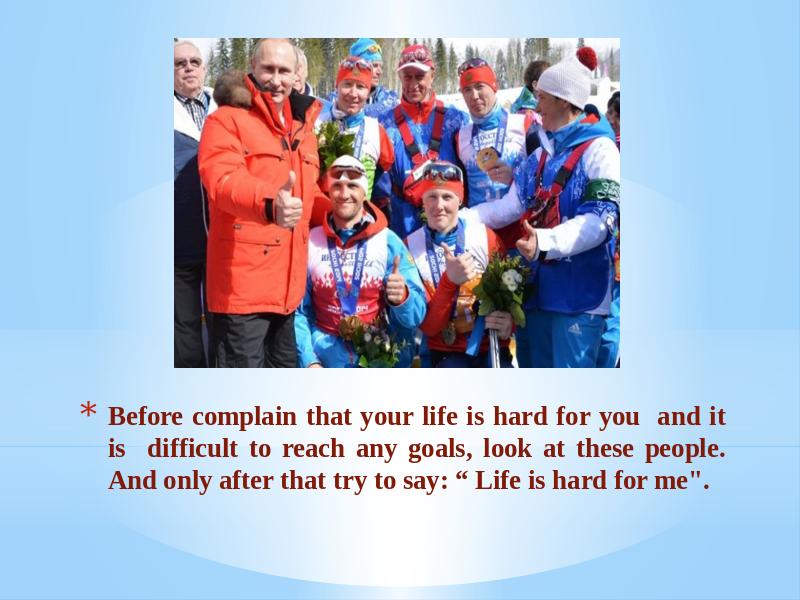 Before complain that your life is hard for you and it is difficult to reach any goals, look at these people. And only after that try to say: “ Life is hard for me". 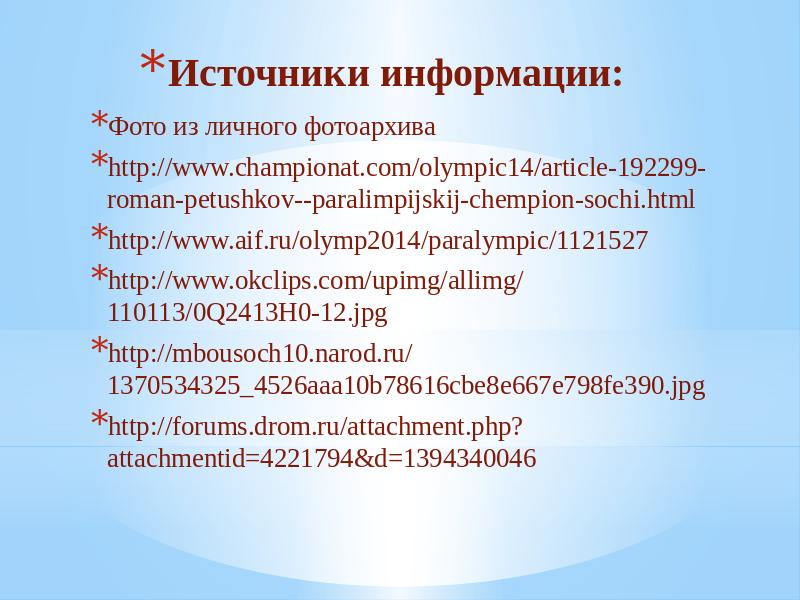