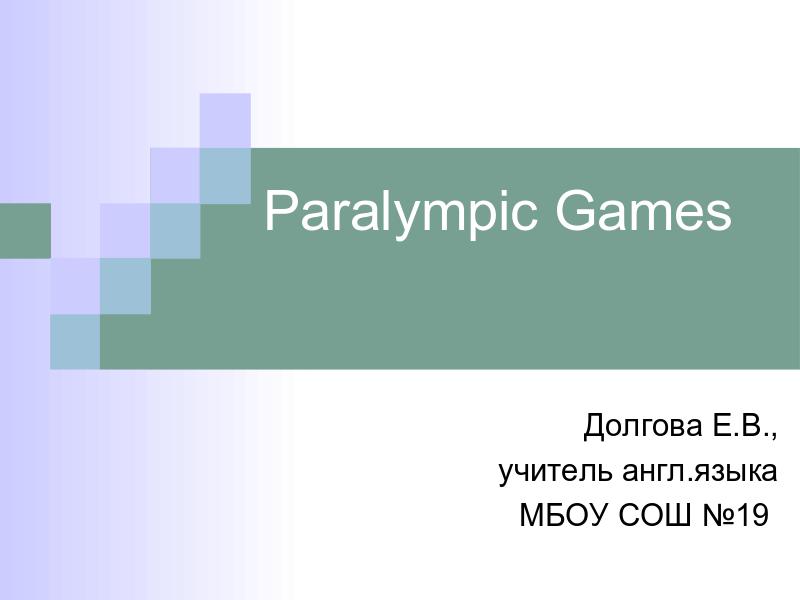 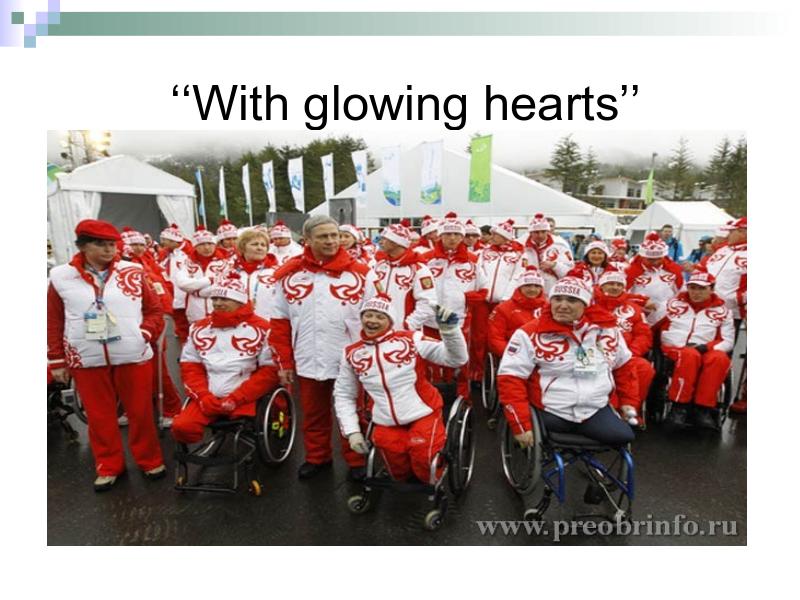 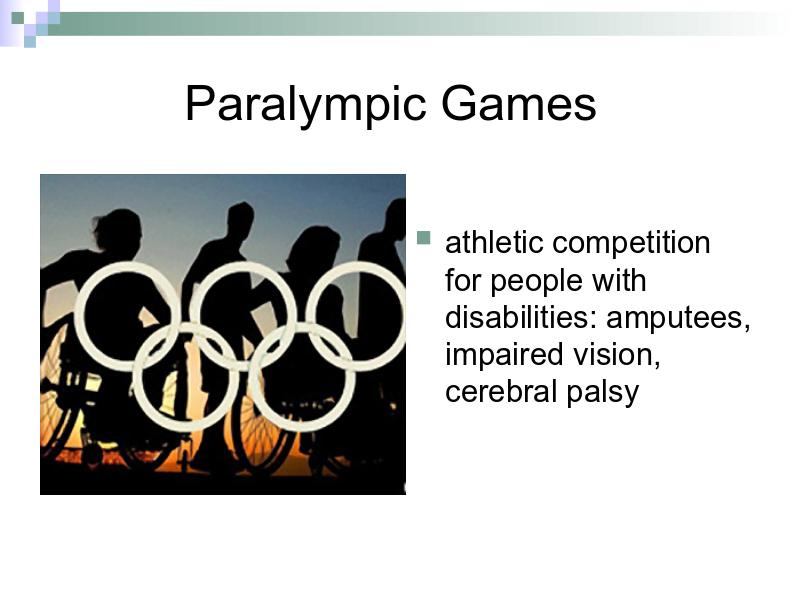 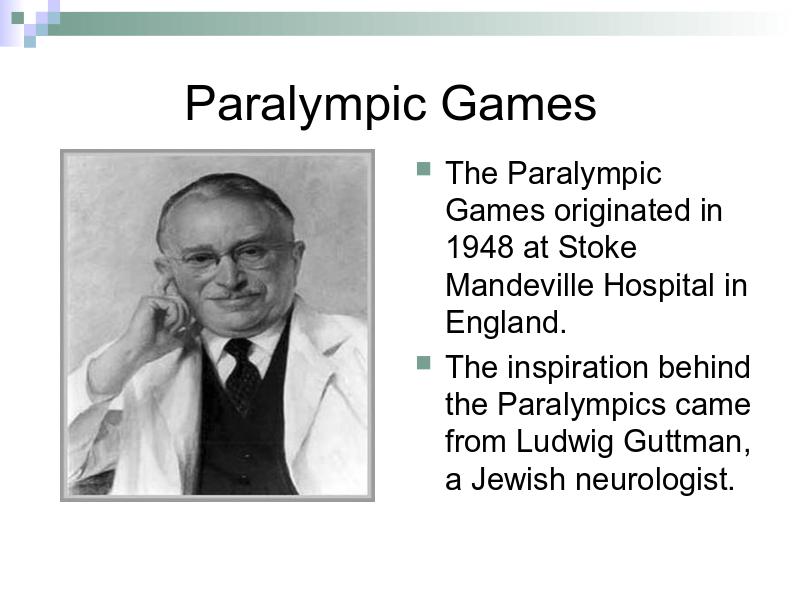 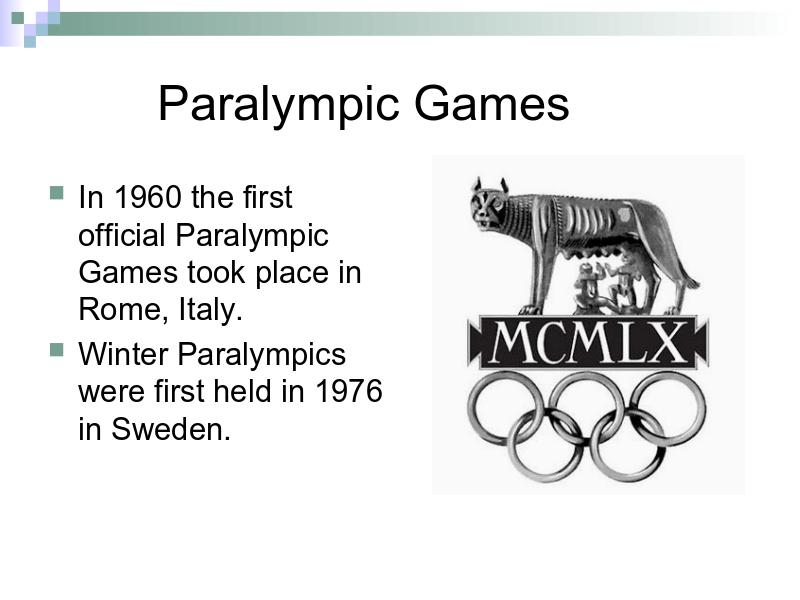 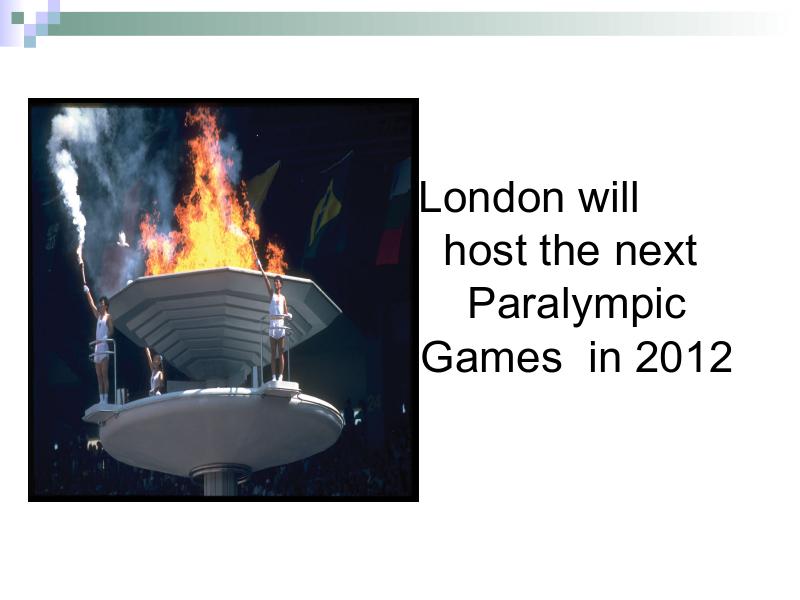 London will host the next Paralympic Games in 2012 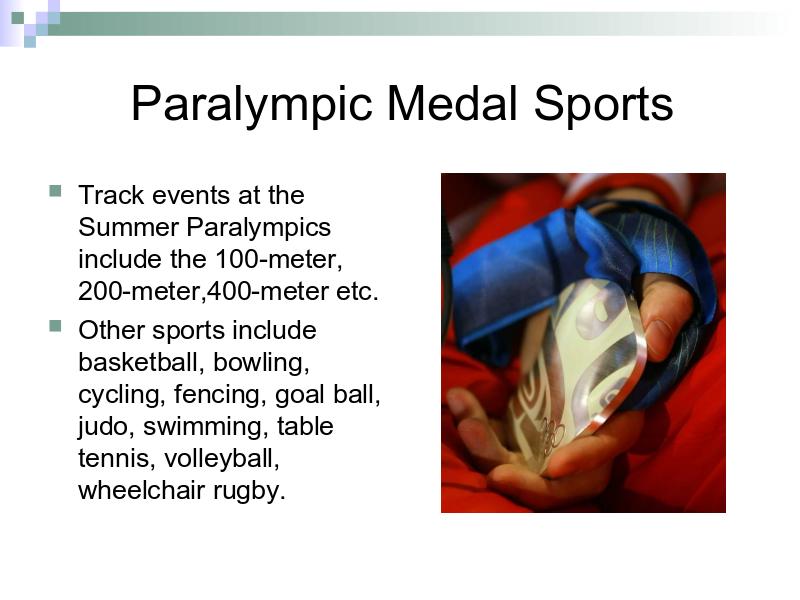 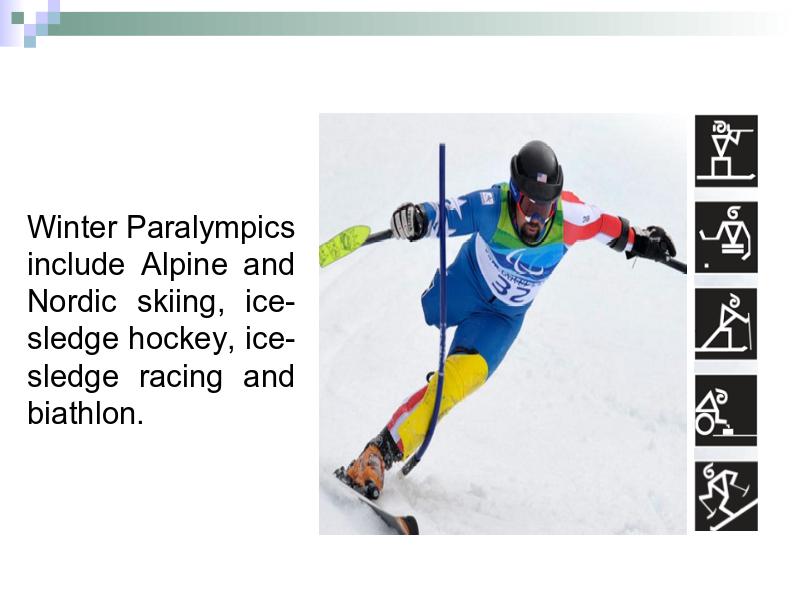 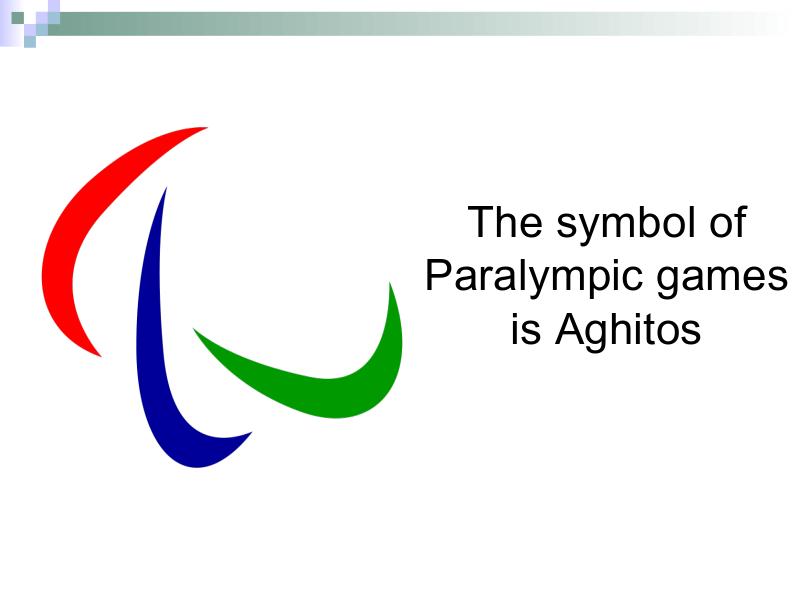 The symbol of Paralympic games is Aghitos 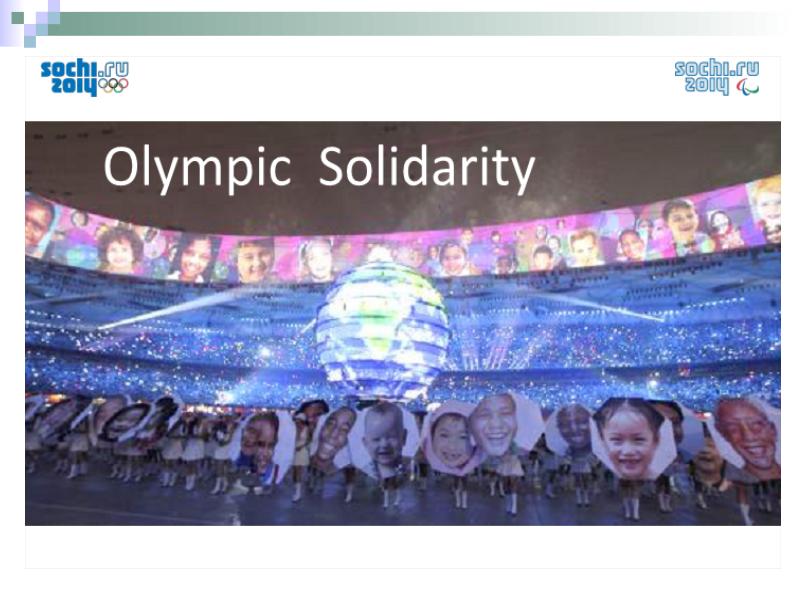 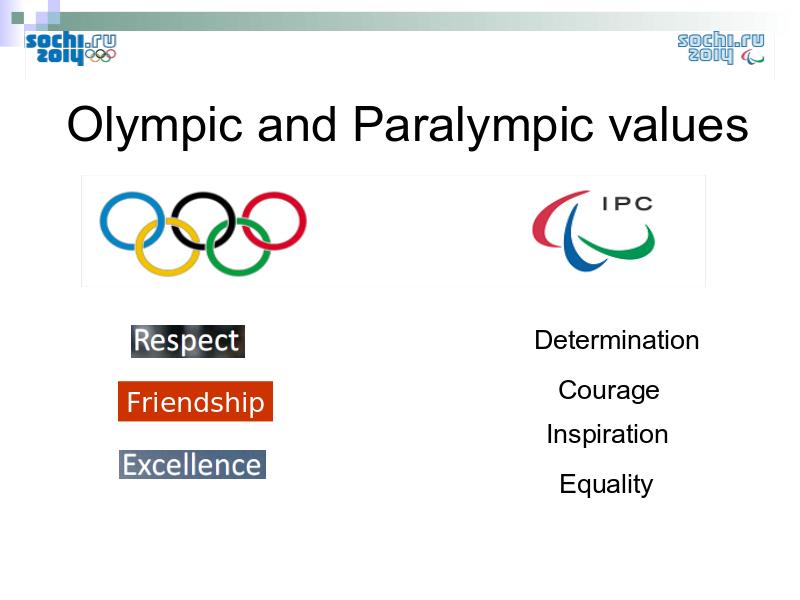 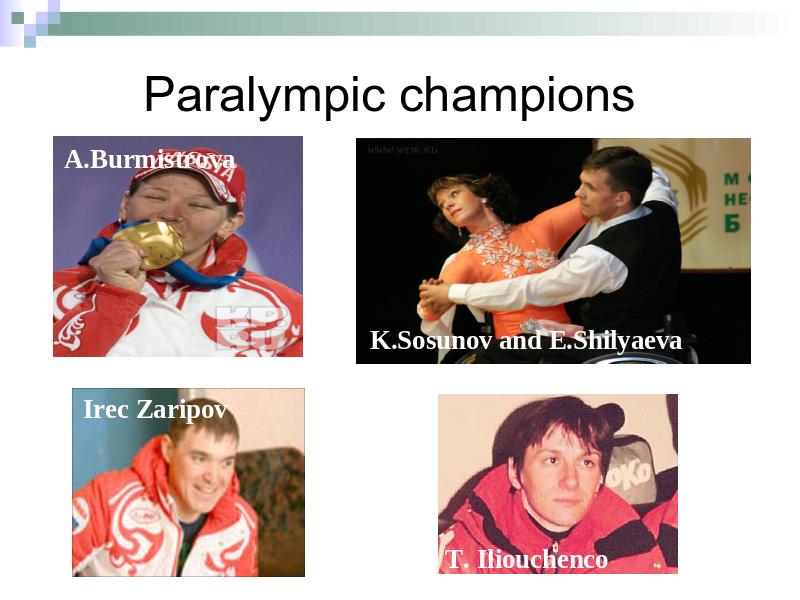 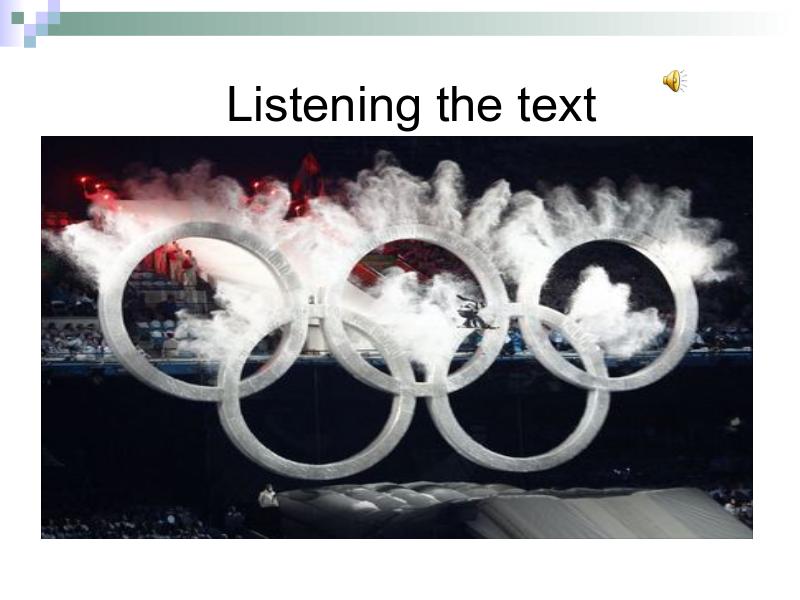 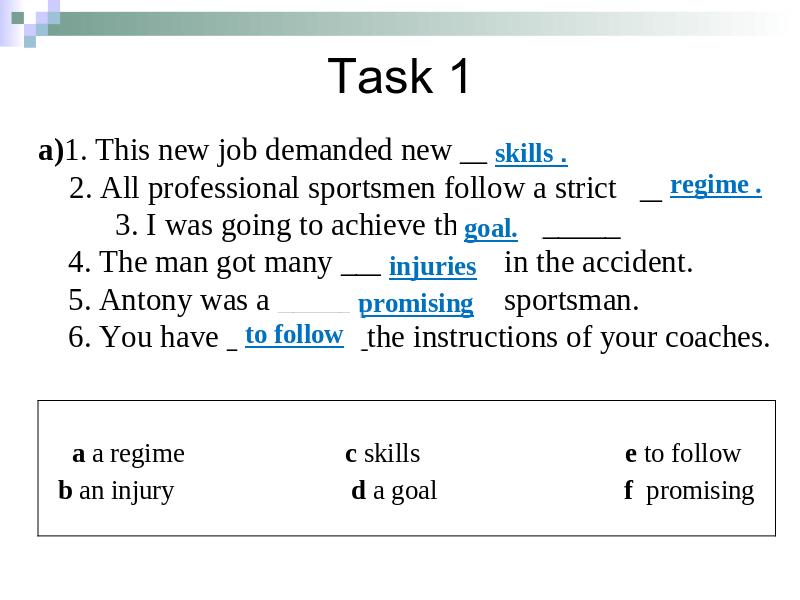 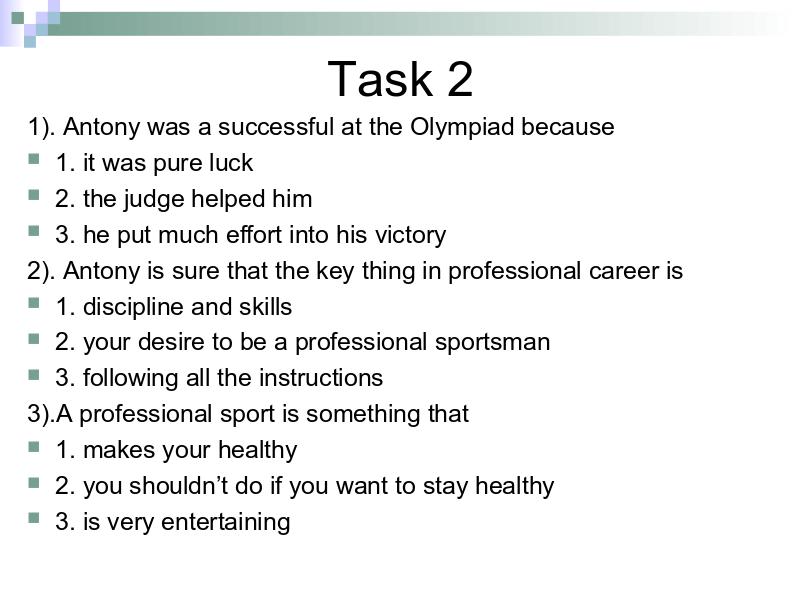 Task 2 1). Antony was a successful at the Olympiad because 1. it was pure luck 2. the judge helped him 3. he put much effort into his victory 2). Antony is sure that the key thing in professional career is 1. discipline and skills 2. your desire to be a professional sportsman 3. following all the instructions 3).A professional sport is something that 1. makes your healthy 2. you shouldn’t do if you want to stay healthy 3. is very entertaining 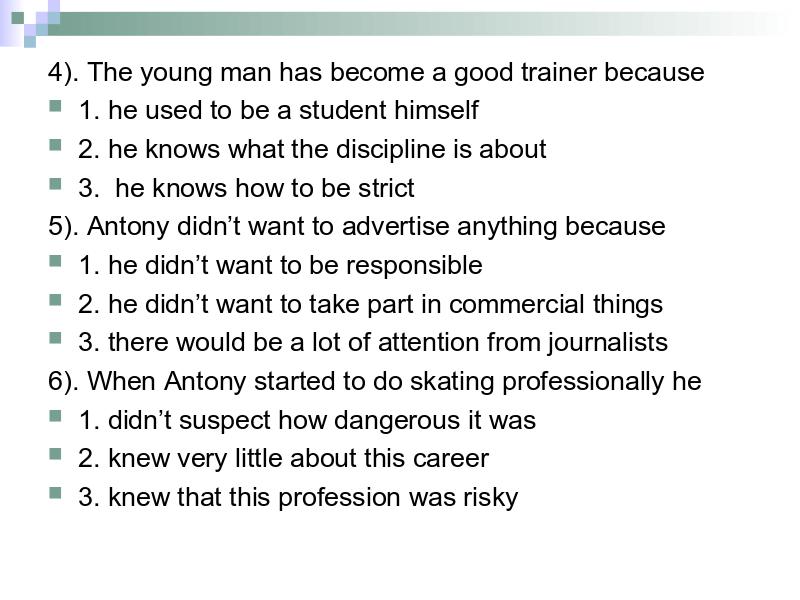 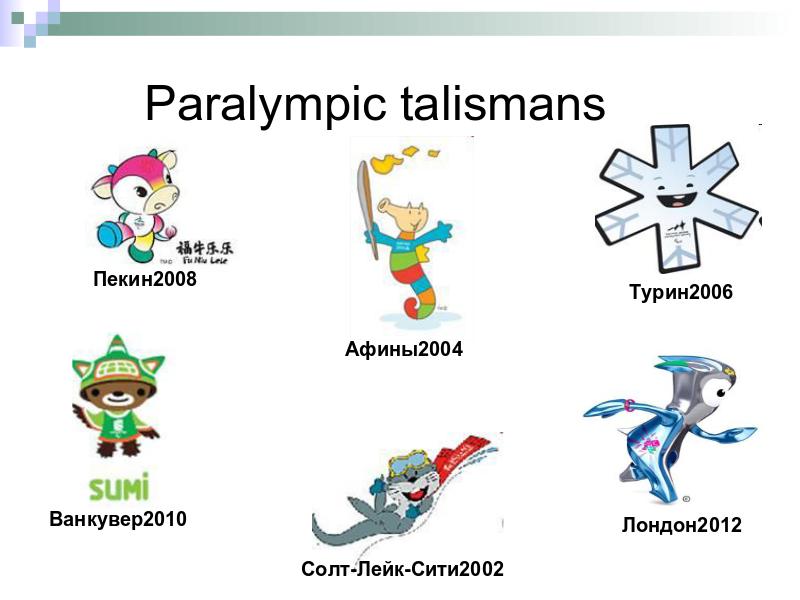 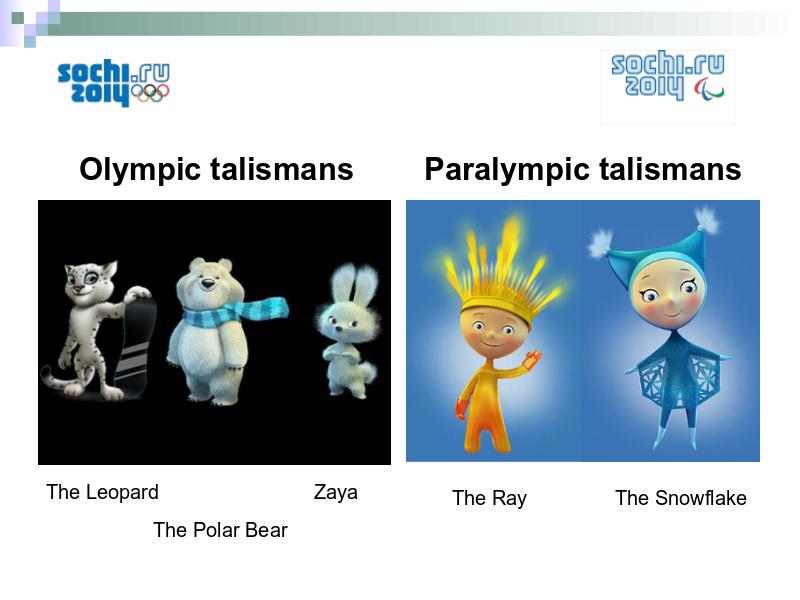 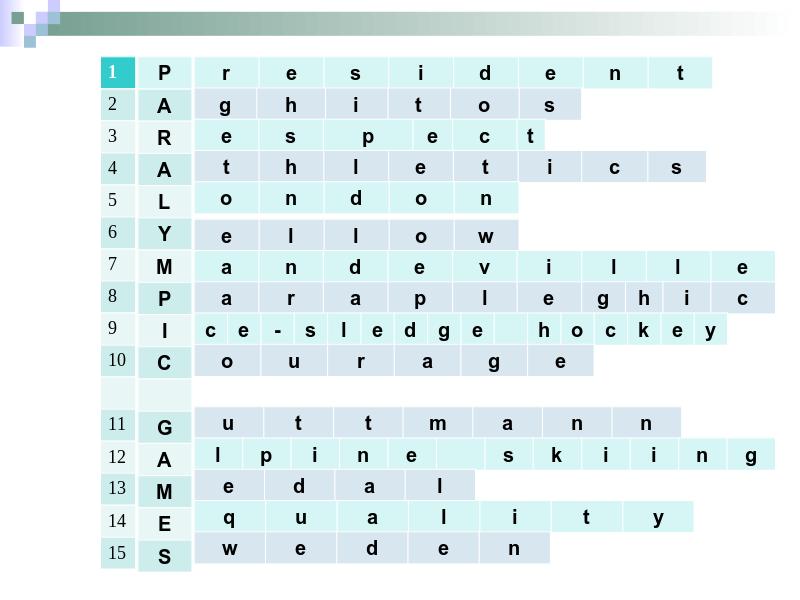