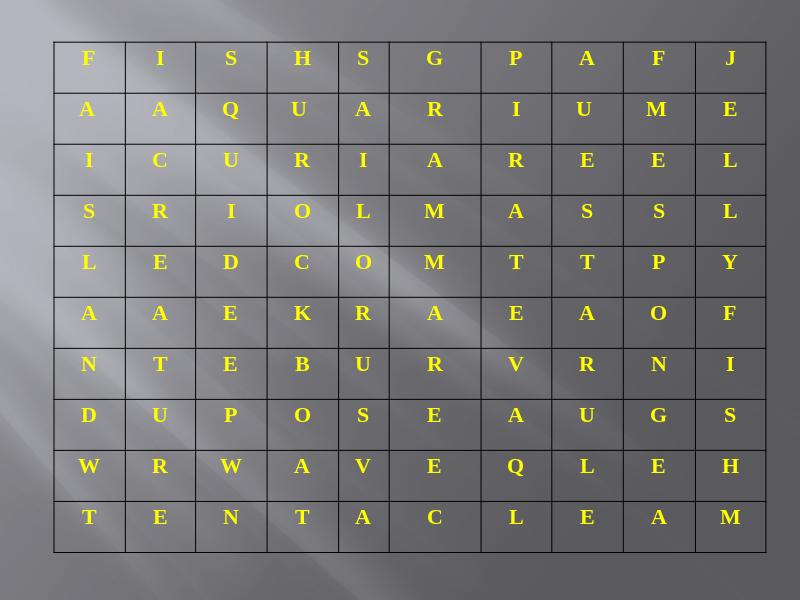 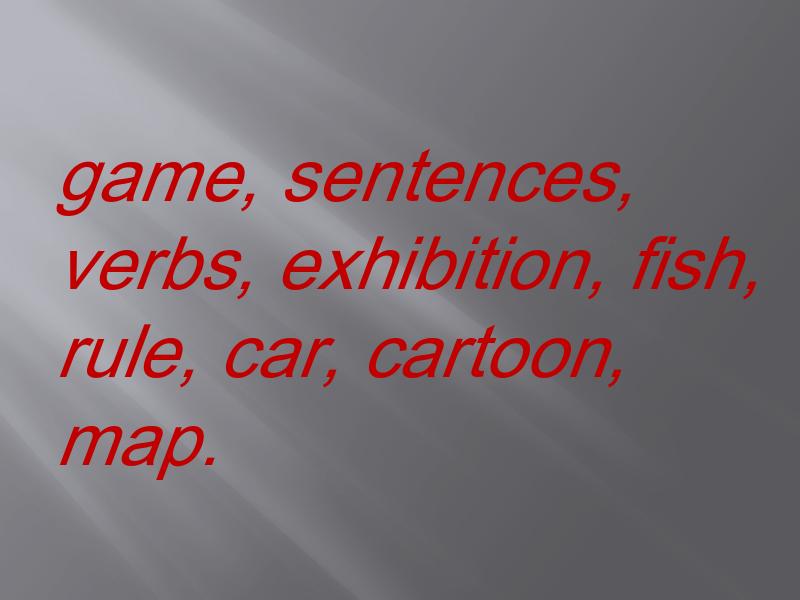 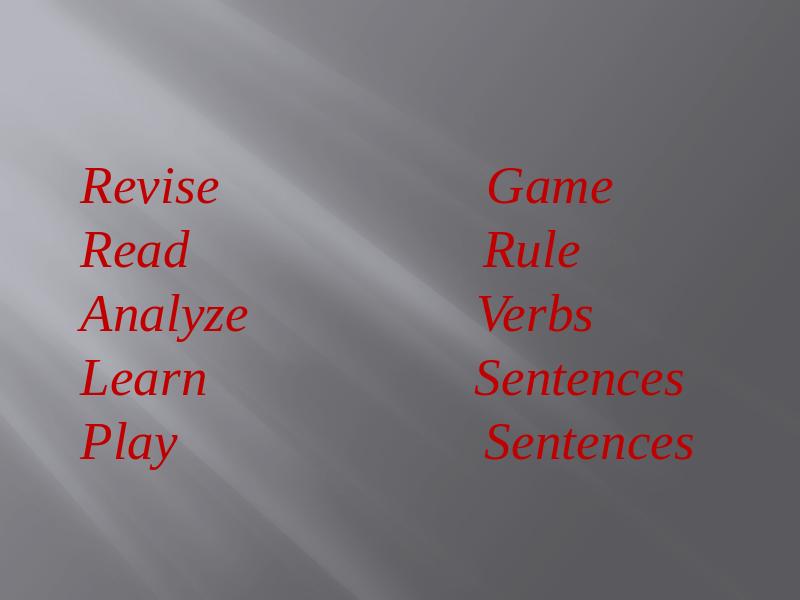 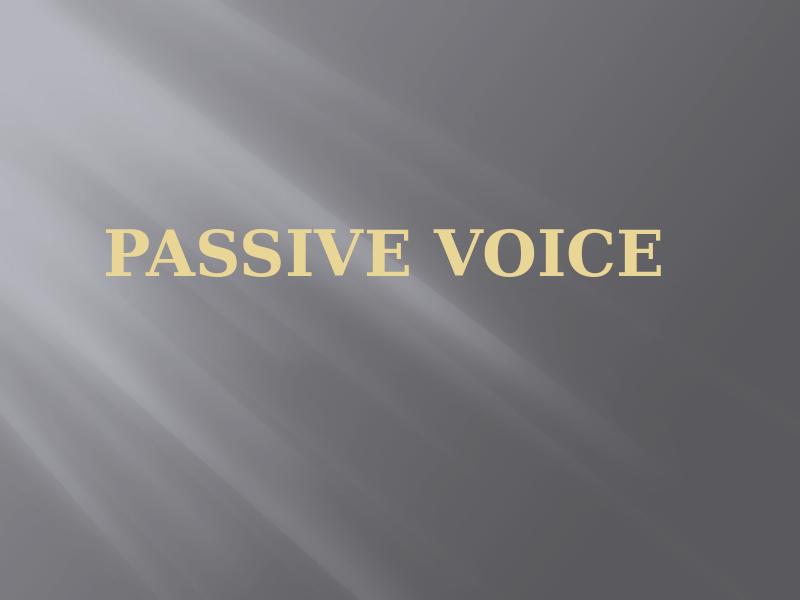 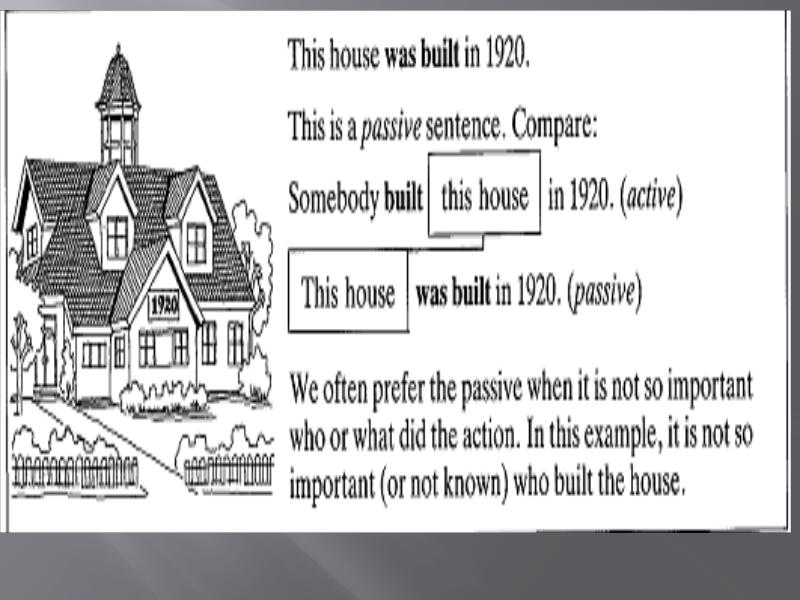 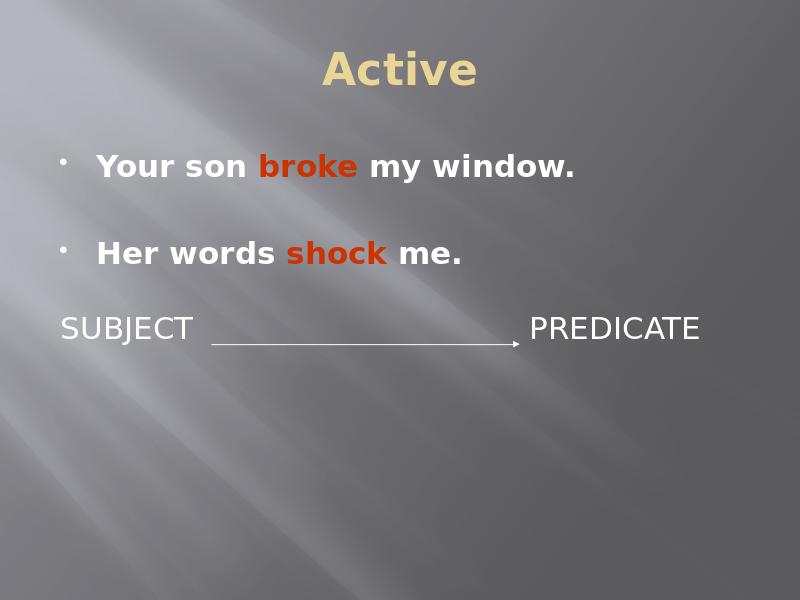 Active   Your son broke my window. Her words shock me.   SUBJECT PREDICATE 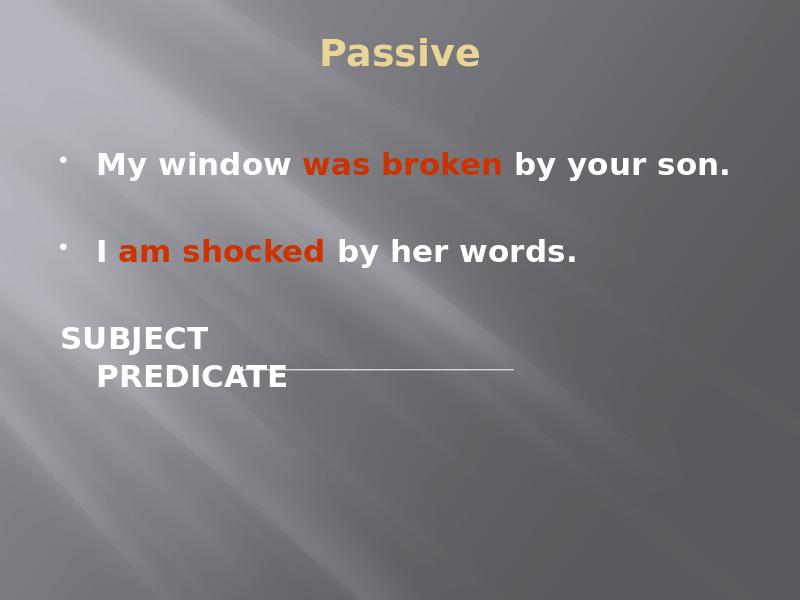 Passive My window was broken by your son. I am shocked by her words. SUBJECT PREDICATE 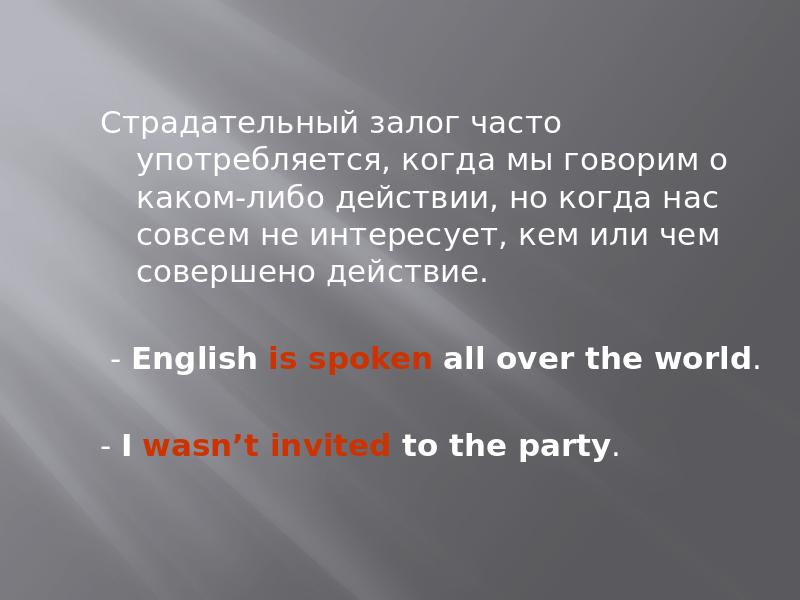 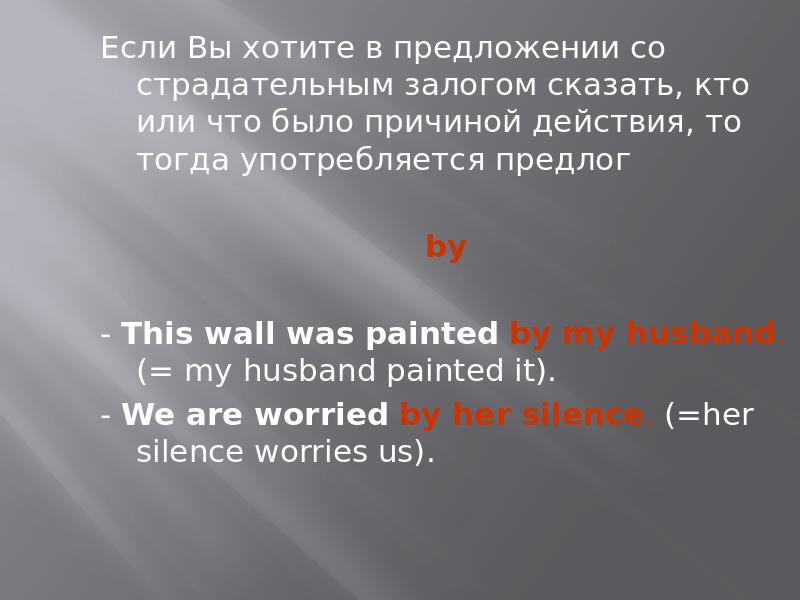 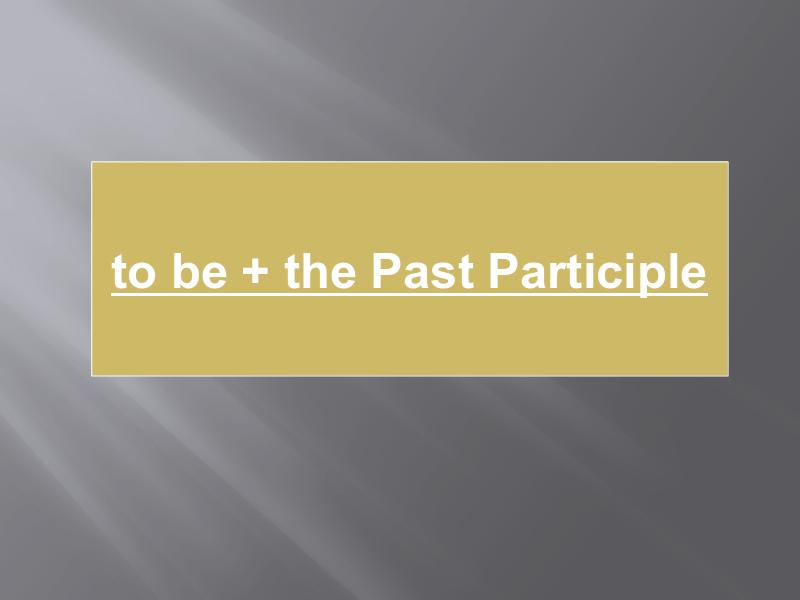 to be + the Past Participle 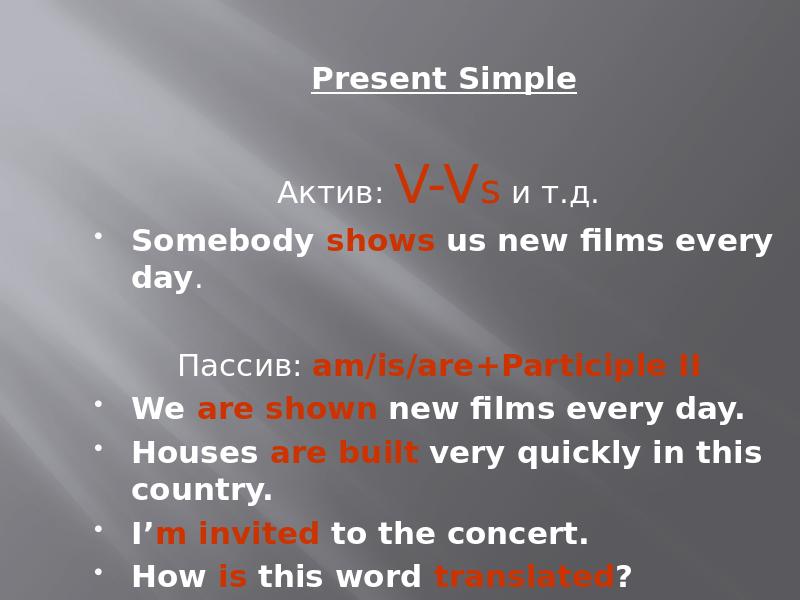 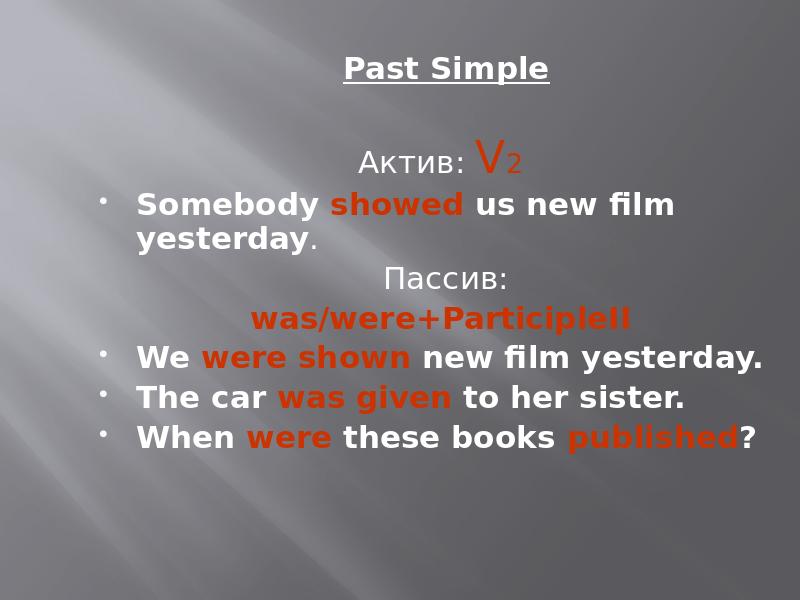 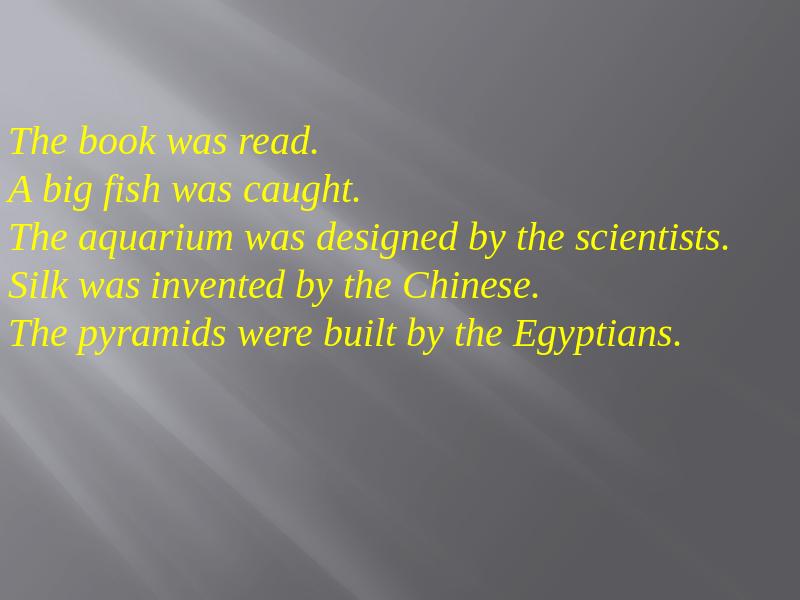 The book was read. A big fish was caught. The aquarium was designed by the scientists. Silk was invented by the Chinese. The pyramids were built by the Egyptians. 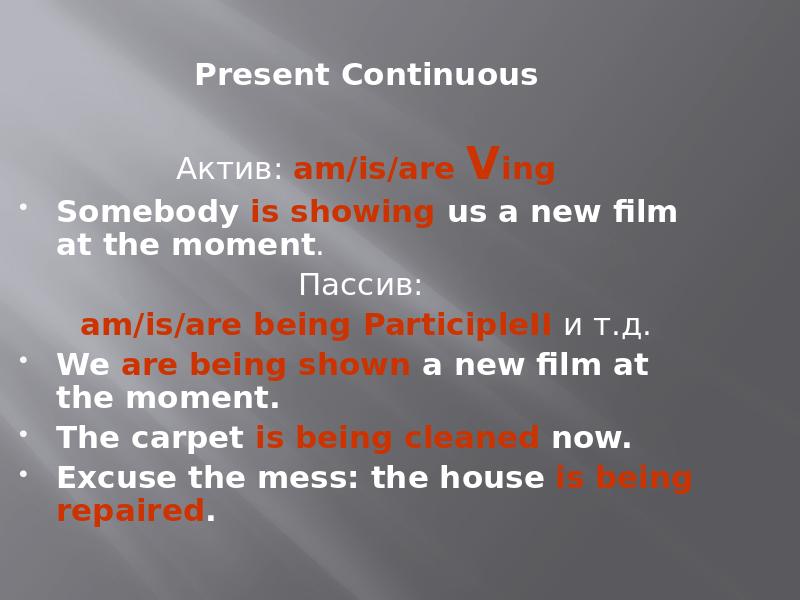 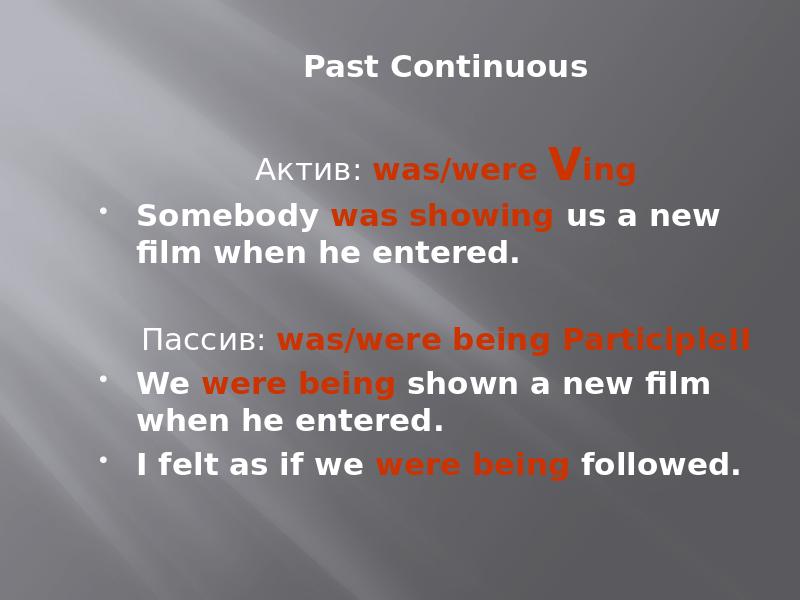 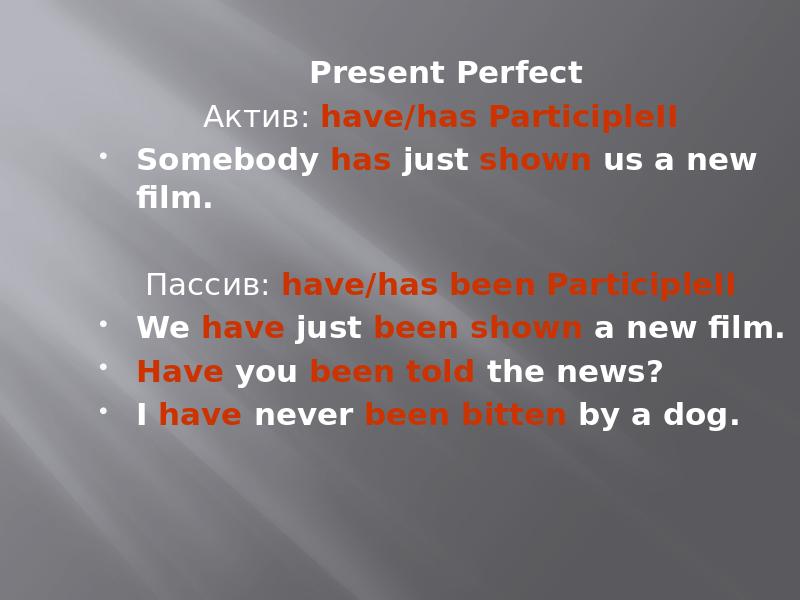 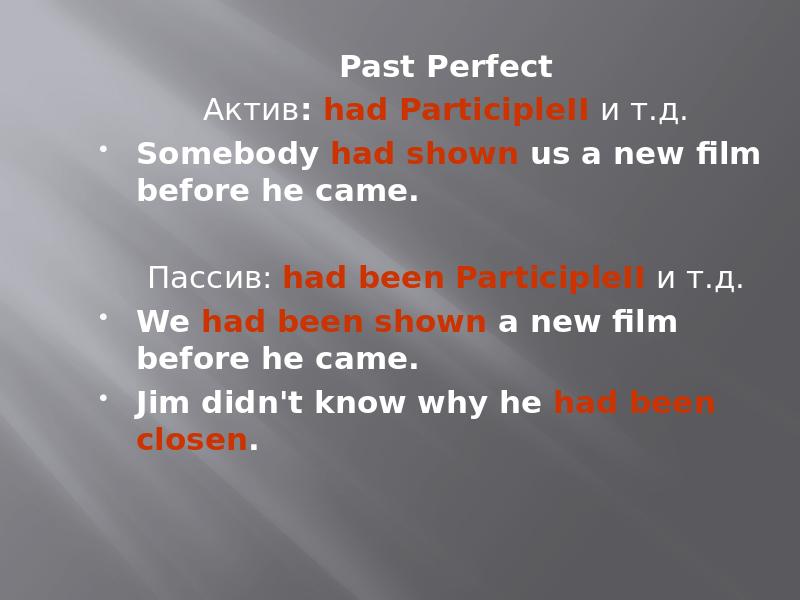 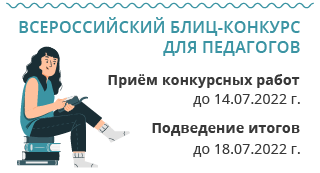