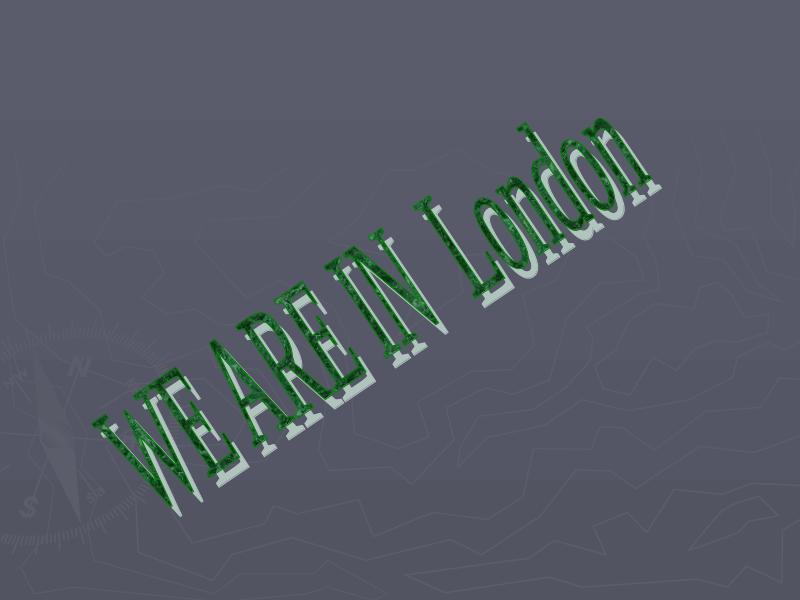 WE ARE IN London 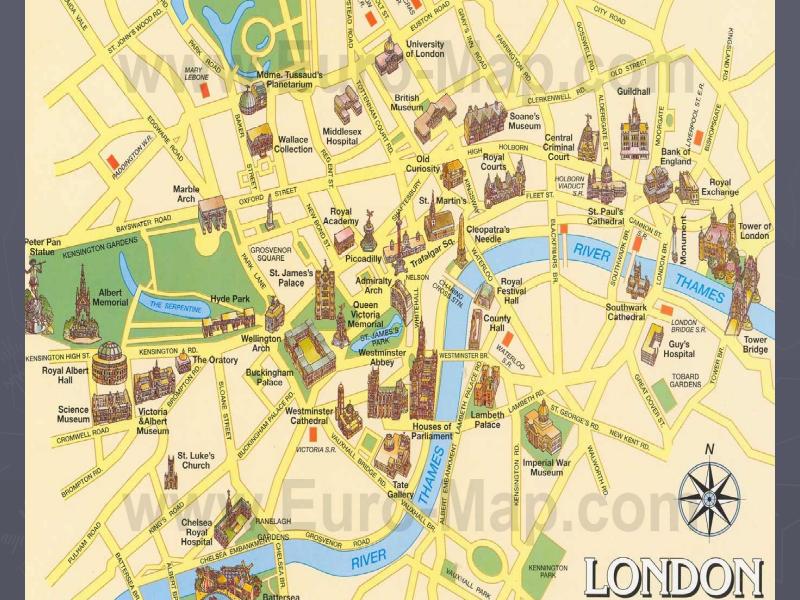 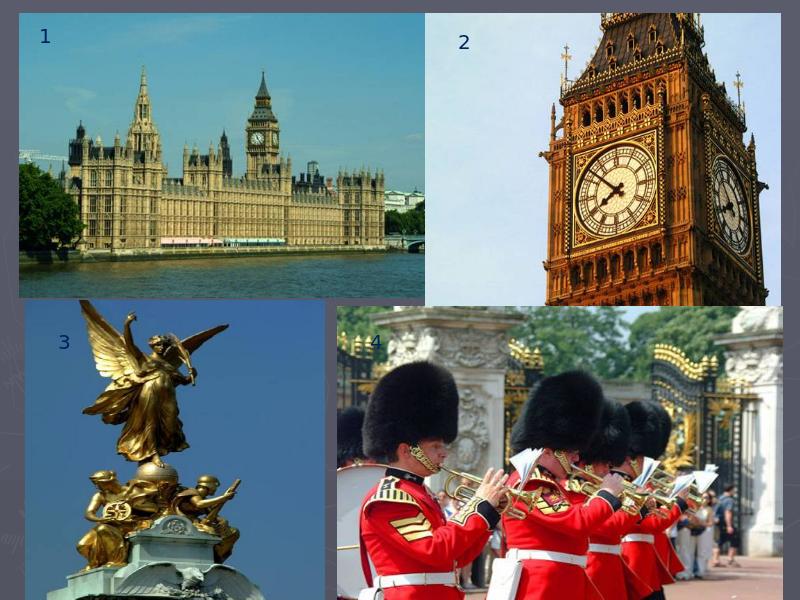 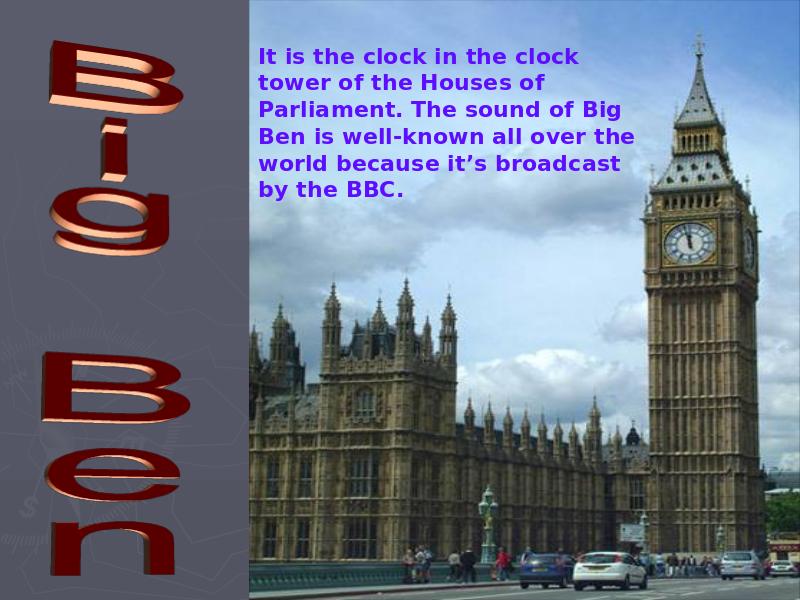 Big Ben It is the clock in the clock tower of the Houses of Parliament. The sound of Big Ben is well-known all over the world because it’s broadcast by the BBC. 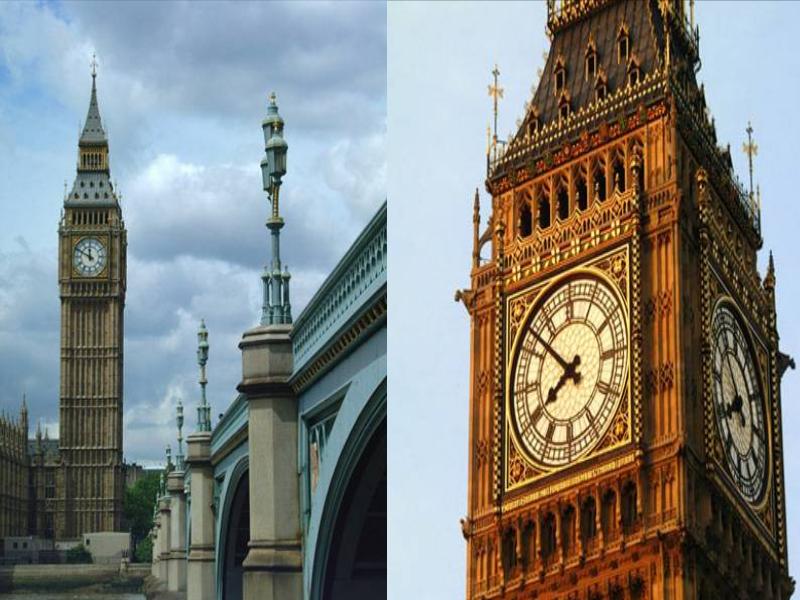 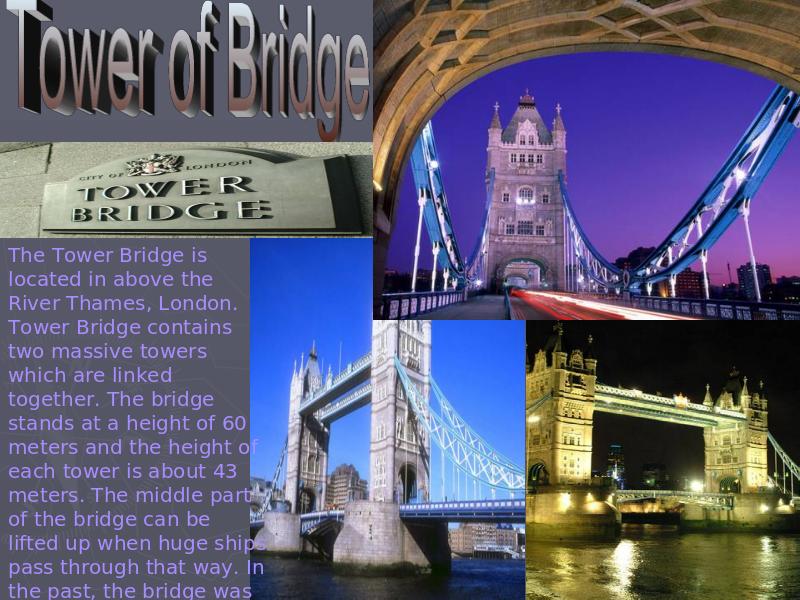 Tower of Bridge The Tower Bridge is located in above the River Thames, London.  Tower Bridge contains two massive towers which are linked together. The bridge stands at a height of 60 meters and the height of each tower is about 43 meters. The middle part of the bridge can be lifted up when huge ships pass through that way. In the past, the bridge was lifted nearly 50 times per day. 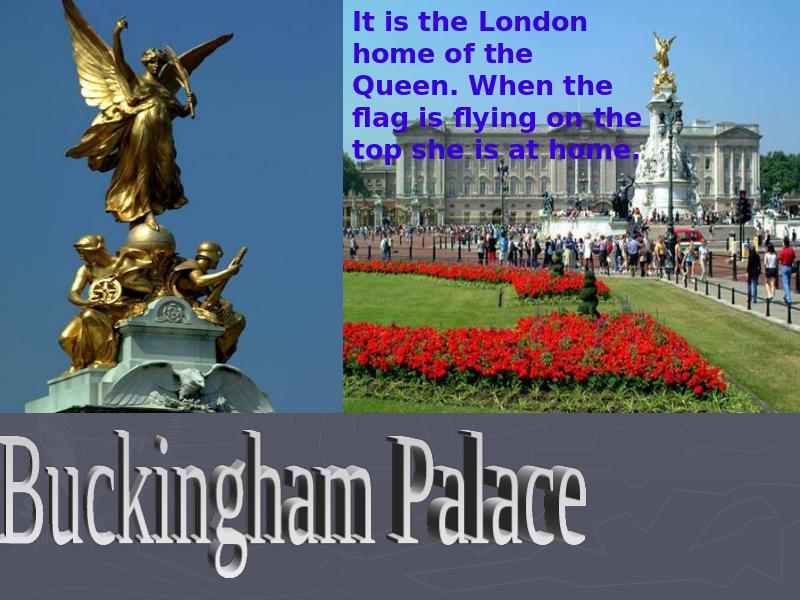 Buckingham Palace It is the London home of the Queen. When the flag is flying on the top she is at home. 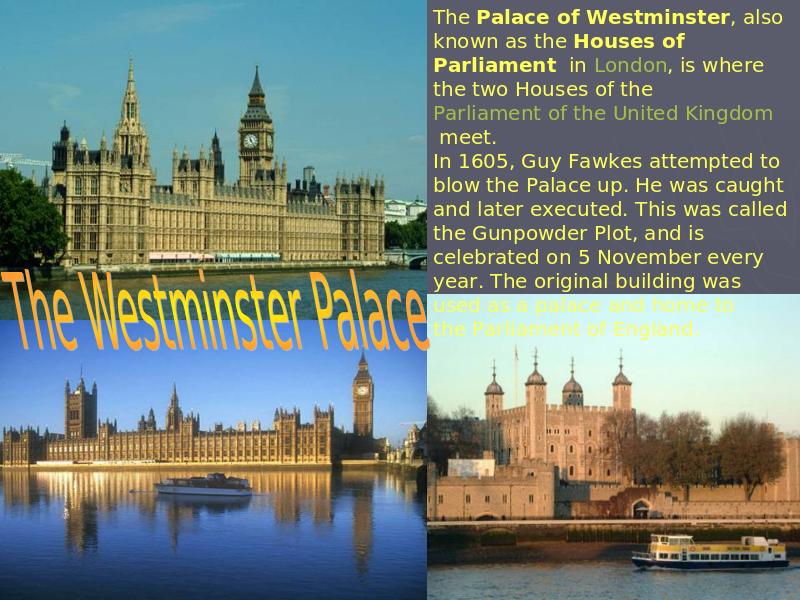 The Westminster Palace The Palace of Westminster, also known as the Houses of Parliament  in London, is where the two Houses of the Parliament of the United Kingdom meet. In 1605, Guy Fawkes attempted to blow the Palace up. He was caught and later executed. This was called the Gunpowder Plot, and is celebrated on 5 November every year. The original building was used as a palace and home to the Parliament of England. 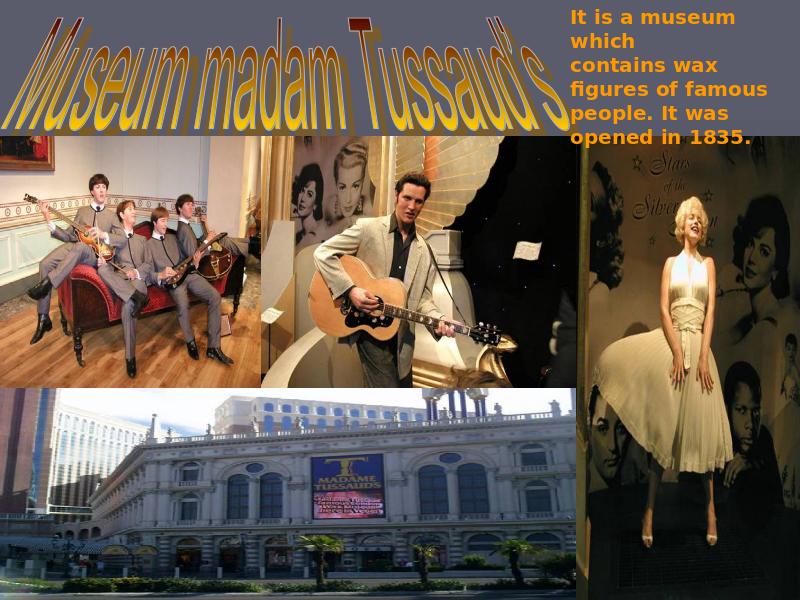 Museum madam Tussaud’s It is a museum which contains wax figures of famous people. It was opened in 1835. 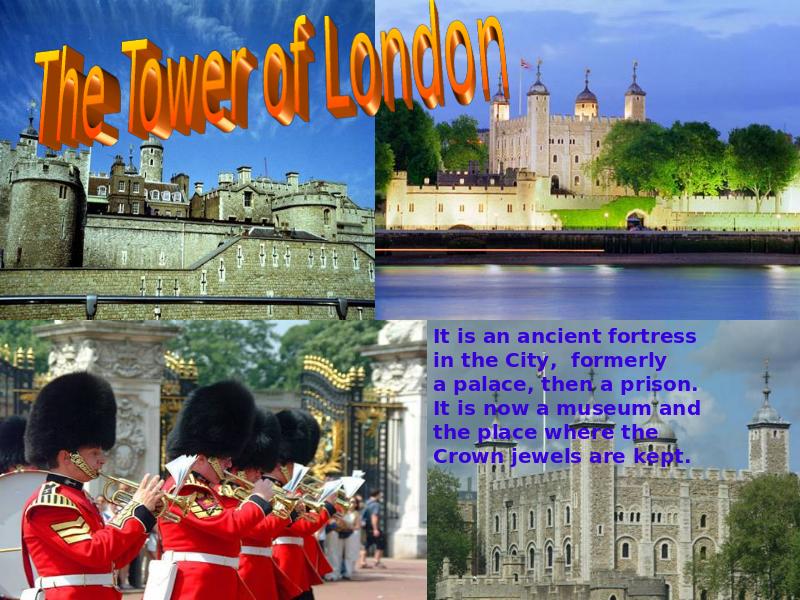 The Tower of London It is an ancient fortress in the City, formerly a palace, then a prison. It is now a museum and the place where the Crown jewels are kept. 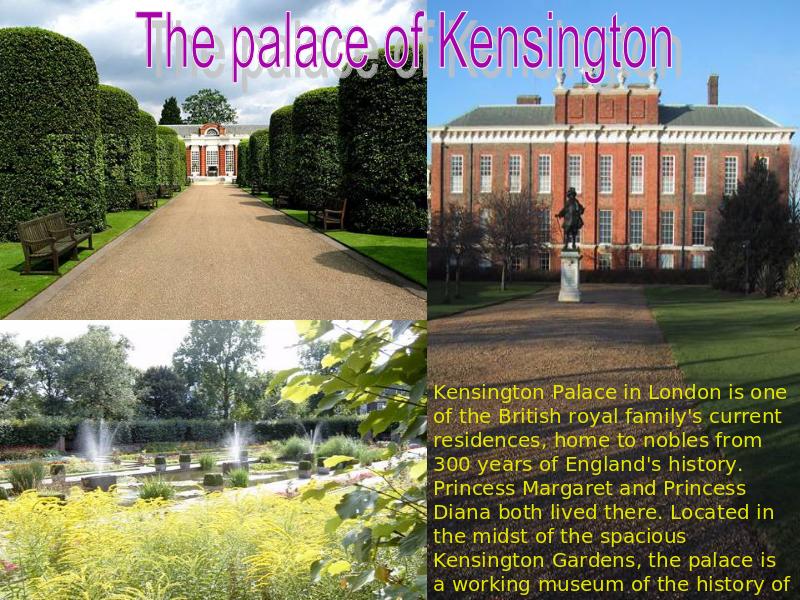 The palace of Kensington Kensington Palace in London is one of the British royal family's current residences, home to nobles from 300 years of England's history. Princess Margaret and Princess Diana both lived there. Located in the midst of the spacious Kensington Gardens, the palace is a working museum of the history of the monarchy. 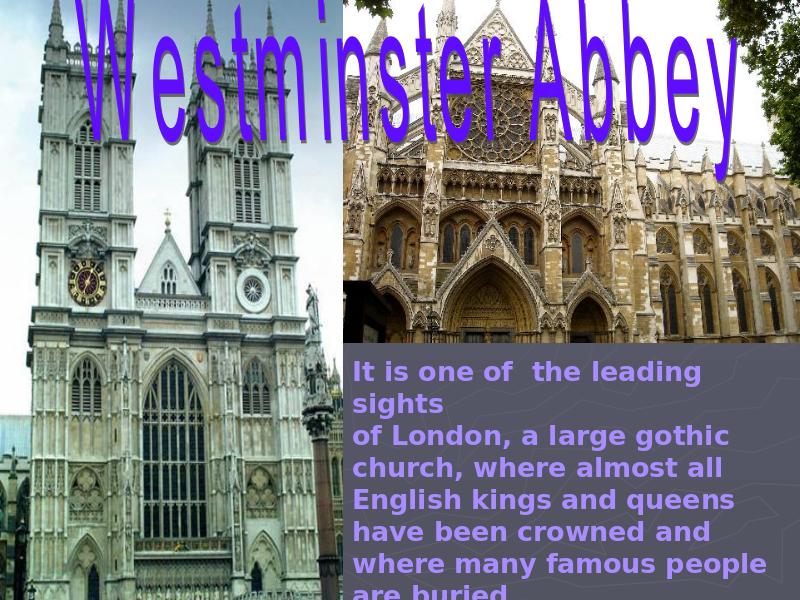 Westminster Abbey It is one of the leading sights of London, a large gothic church, where almost all English kings and queens have been crowned and where many famous people are buried . 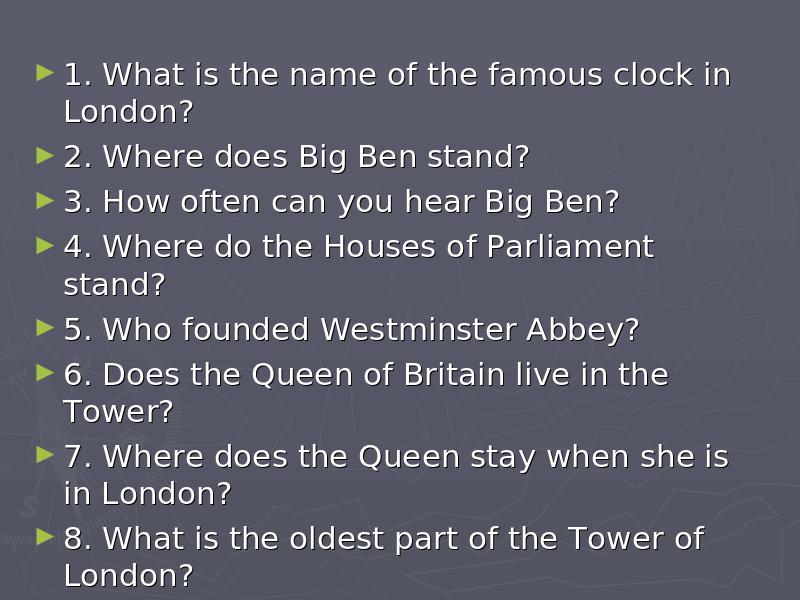 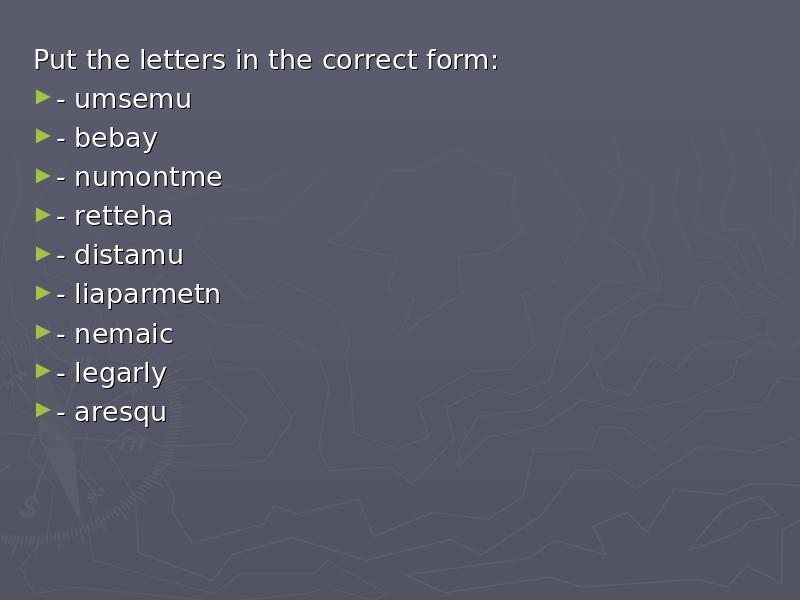 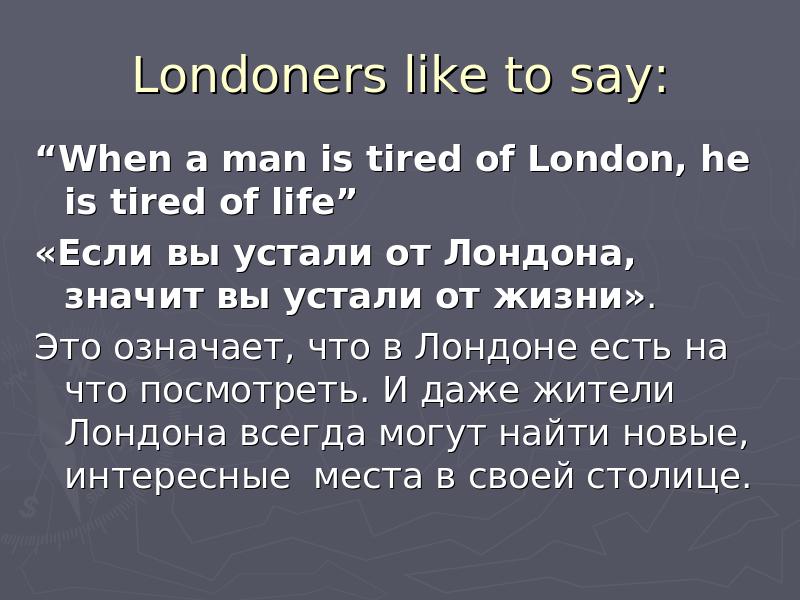