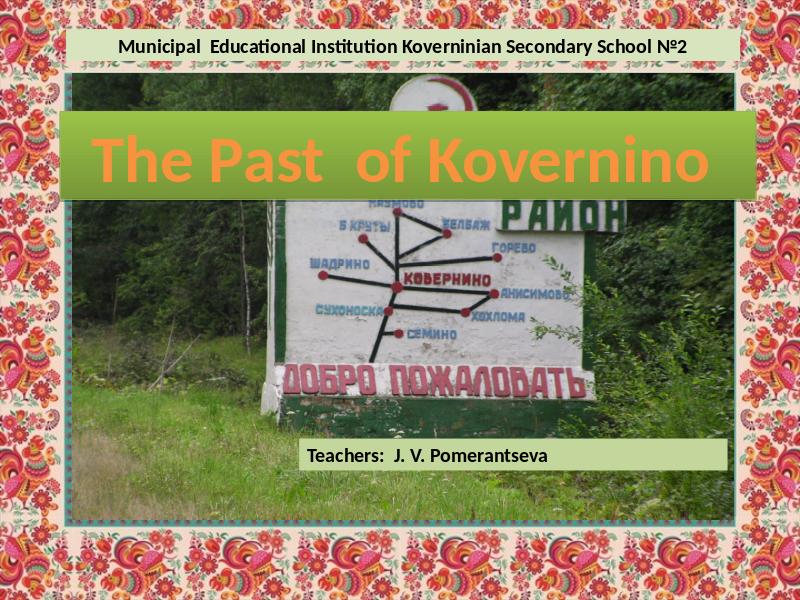 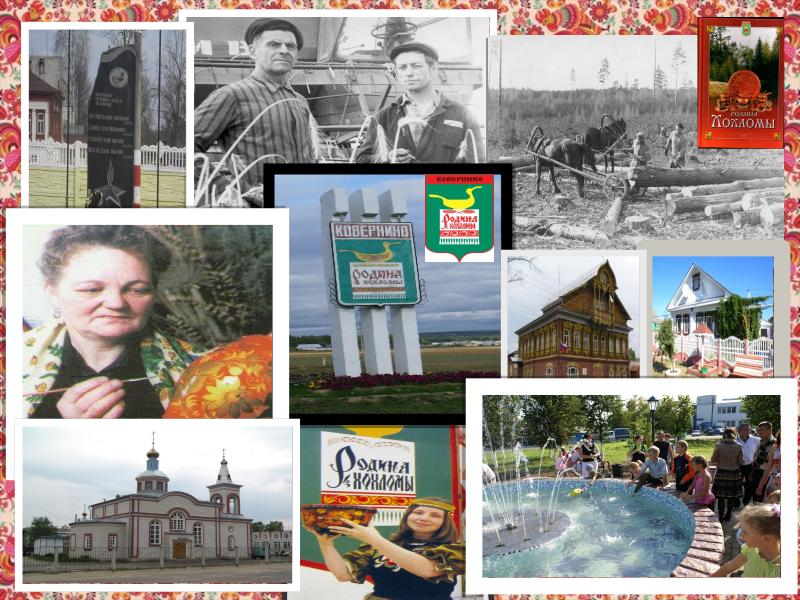 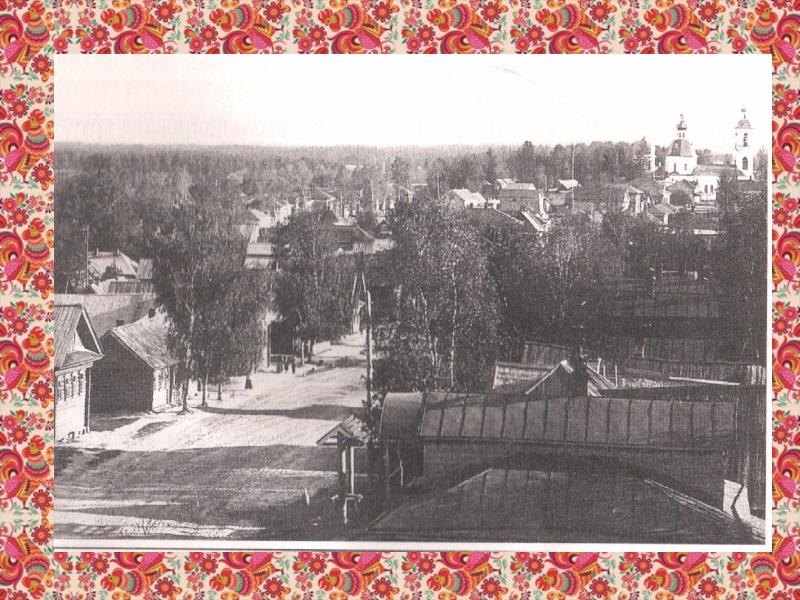 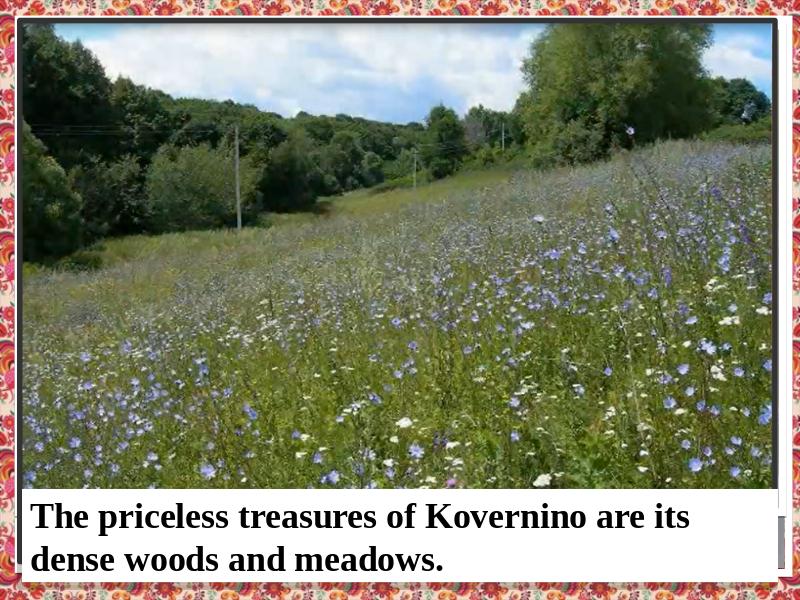 The priceless treasures of Kovernino are its dense woods and meadows. 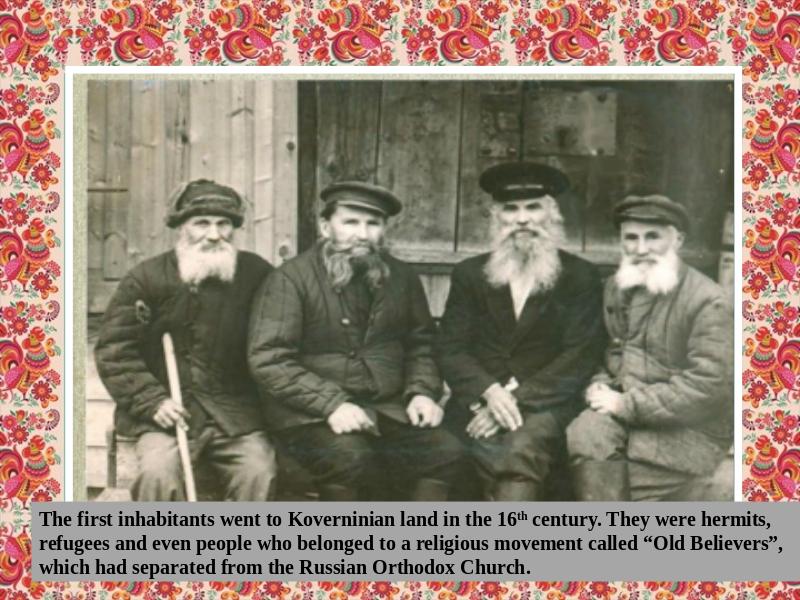 The first inhabitants went to Koverninian land in the 16th century. They were hermits, refugees and even people who belonged to a religious movement called “Old Believers”, which had separated from the Russian Orthodox Church. 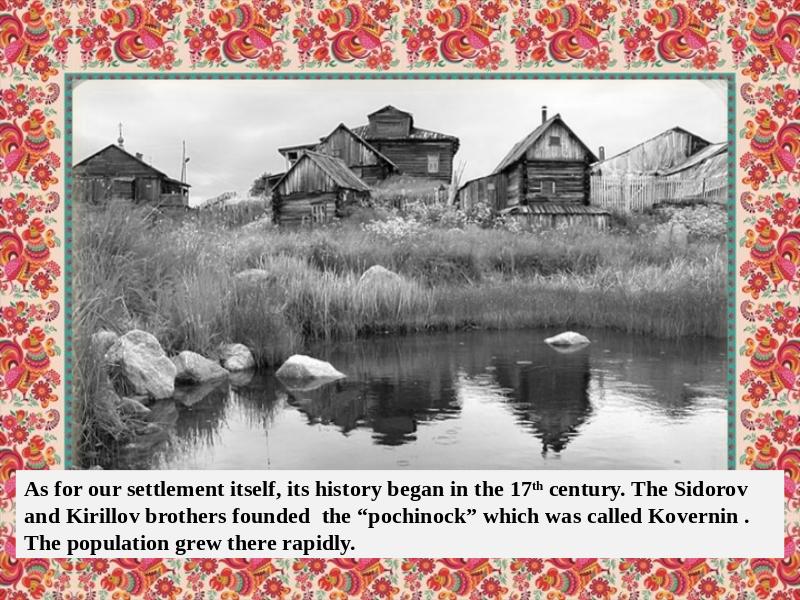 As for our settlement itself, its history began in the 17th century. The Sidorov and Kirillov brothers founded the “pochinock” which was called Kovernin . The population grew there rapidly. 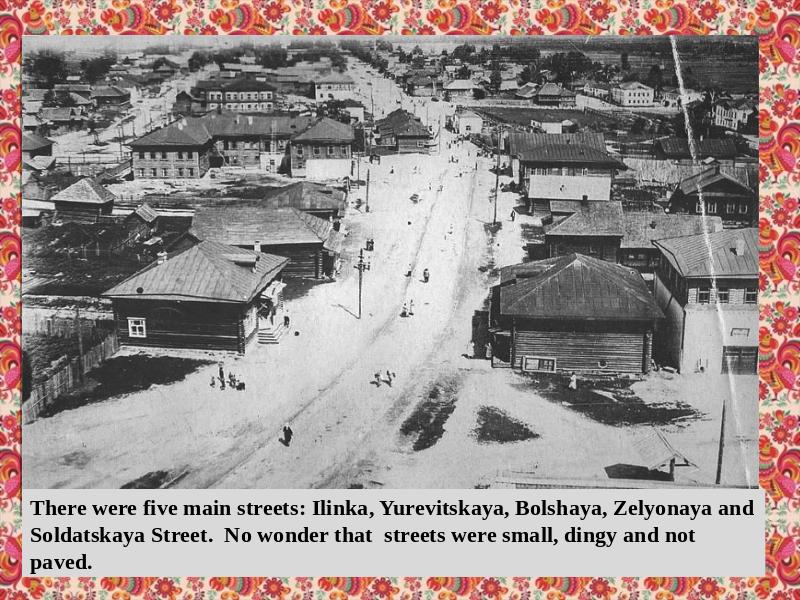 There were five main streets: Ilinka, Yurevitskaya, Bolshaya, Zelyonaya and Soldatskaya Street. No wonder that streets were small, dingy and not paved. 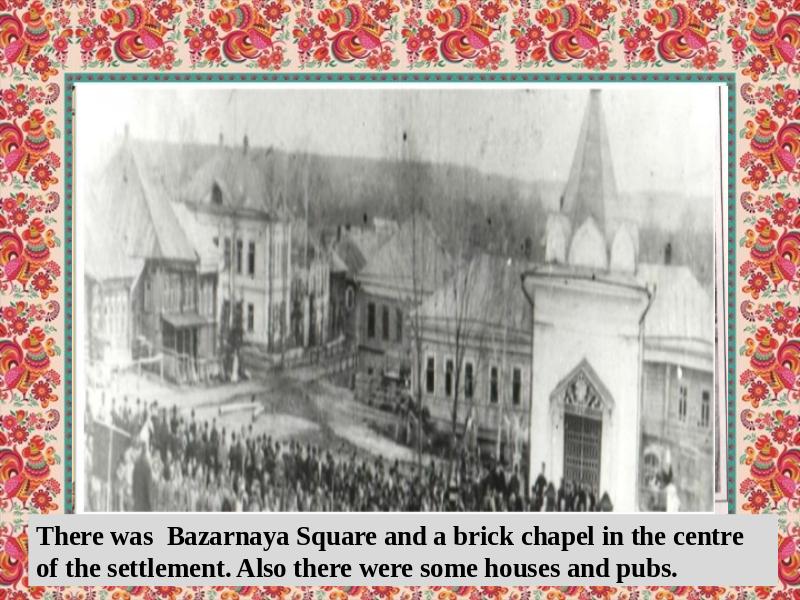 There was Bazarnaya Square and a brick chapel in the centre of the settlement. Also there were some houses and pubs. 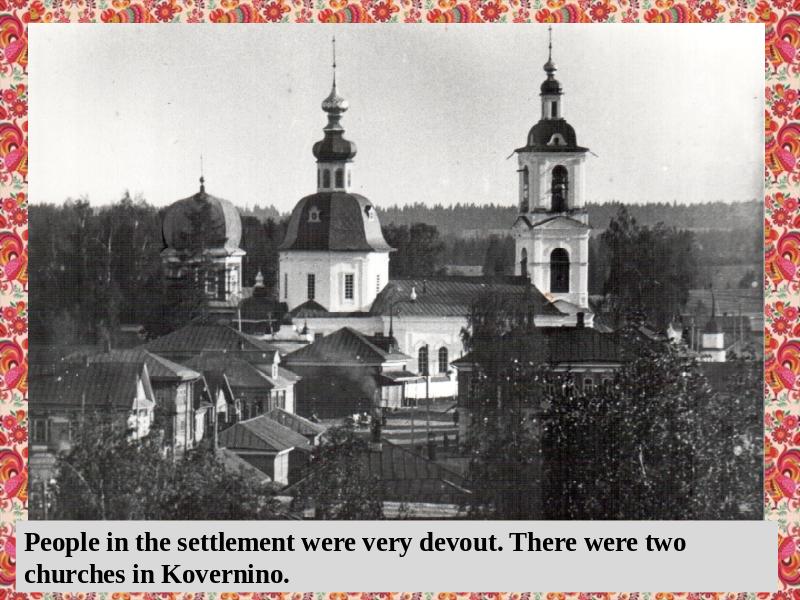 People in the settlement were very devout. There were two churches in Kovernino. 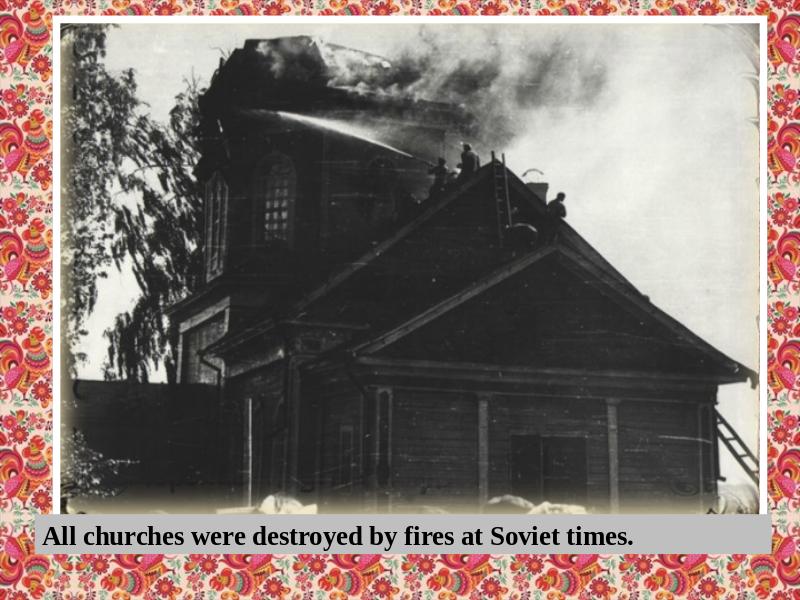 All churches were destroyed by fires at Soviet times. 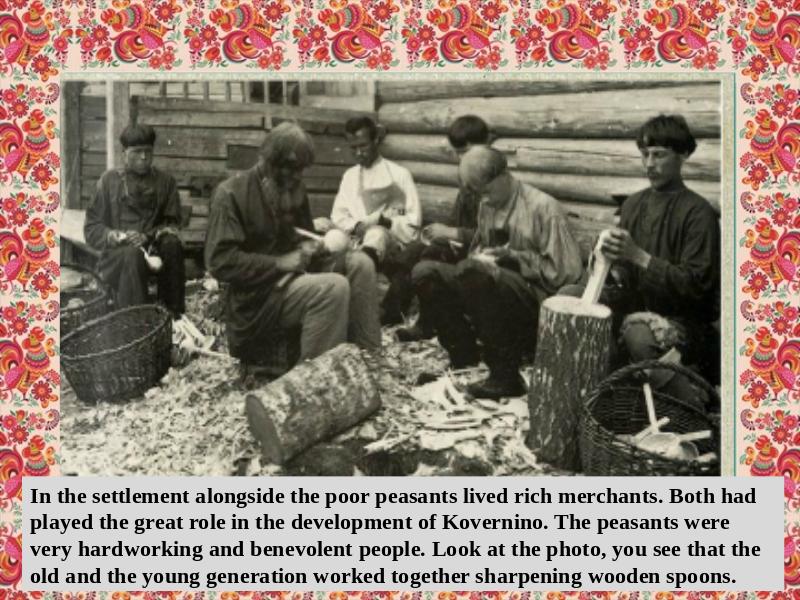 In the settlement alongside the poor peasants lived rich merchants. Both had played the great role in the development of Kovernino. The peasants were very hardworking and benevolent people. Look at the photo, you see that the old and the young generation worked together sharpening wooden spoons. 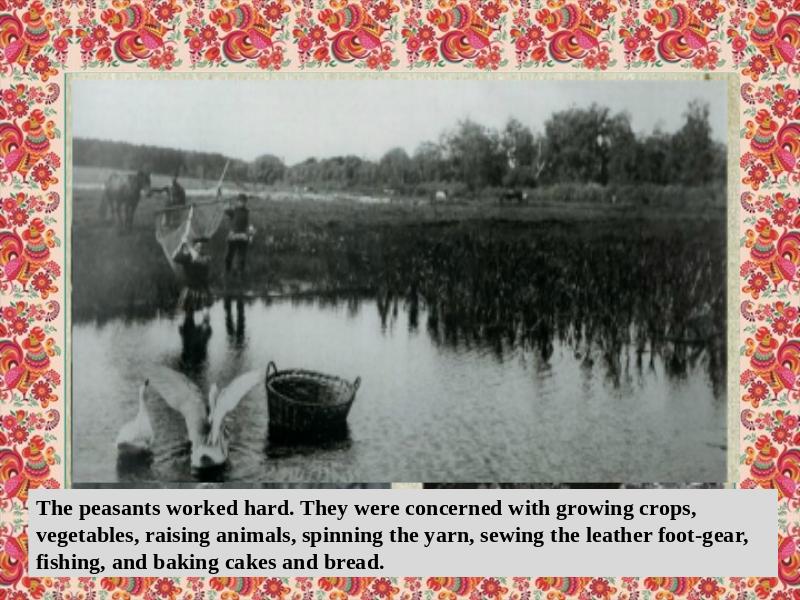 The peasants worked hard. They were concerned with growing crops, vegetables, raising animals, spinning the yarn, sewing the leather foot-gear, fishing, and baking cakes and bread. 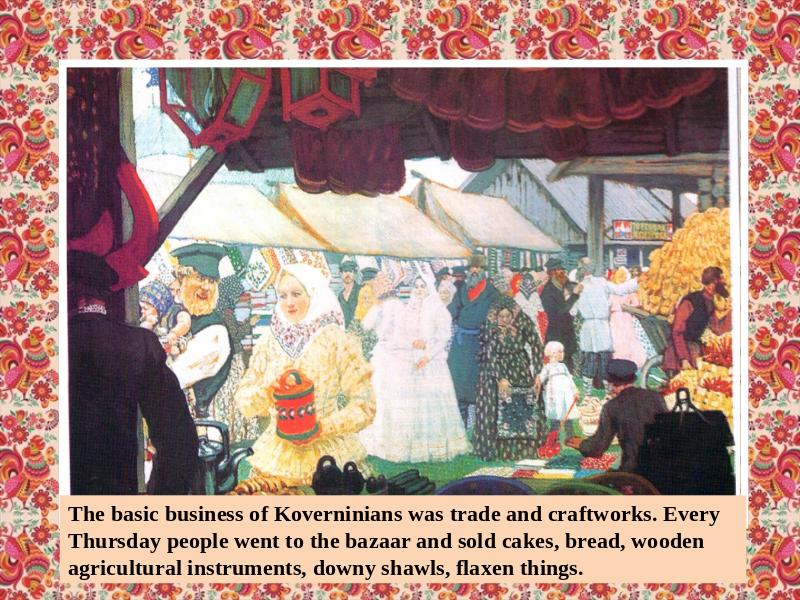 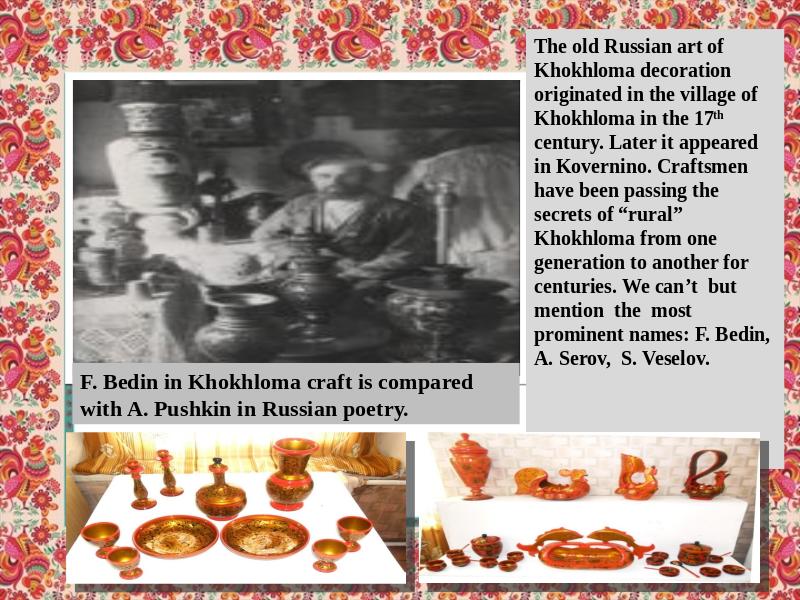 The old Russian art of Khokhloma decoration originated in the village of Khokhloma in the 17th century. Later it appeared in Kovernino. Craftsmen have been passing the secrets of “rural” Khokhloma from one generation to another for centuries. We can’t but mention the most prominent names: F. Bedin, A. Serov, S. Veselov. F. Bedin in Khokhloma craft is compared with A. Pushkin in Russian poetry. 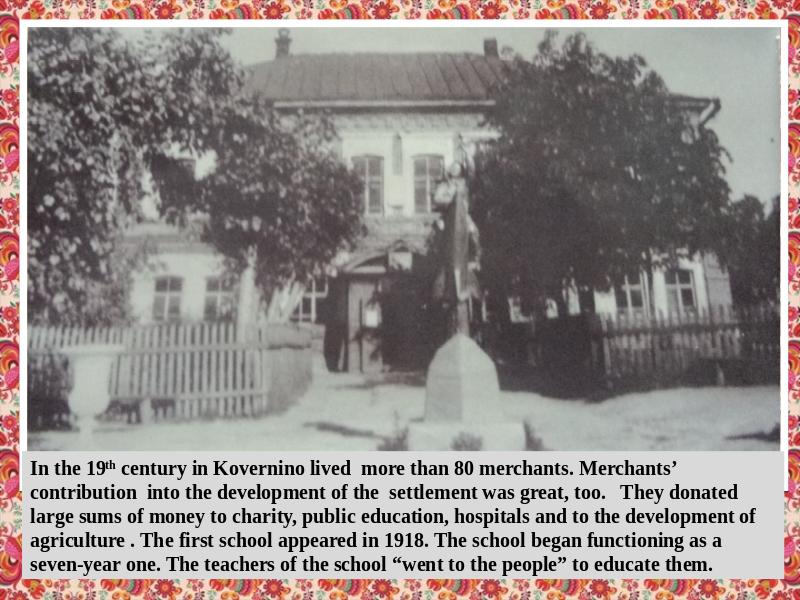 In the 19th century in Kovernino lived more than 80 merchants. Merchants’ contribution into the development of the settlement was great, too. They donated large sums of money to charity, public education, hospitals and to the development of agriculture . The first school appeared in 1918. The school began functioning as a seven-year one. The teachers of the school “went to the people” to educate them.