Урок в 7 классе «Who is the pride of your country?», ФГОС 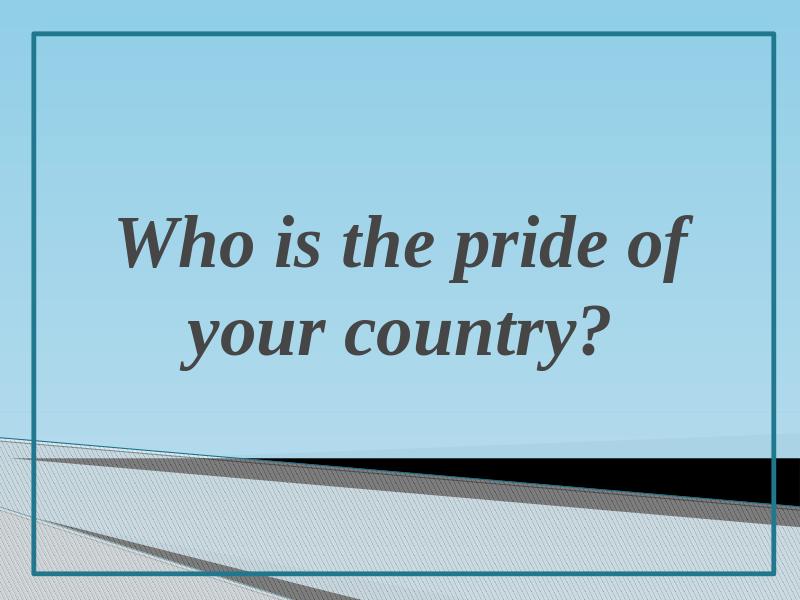 Who is the pride of your country? 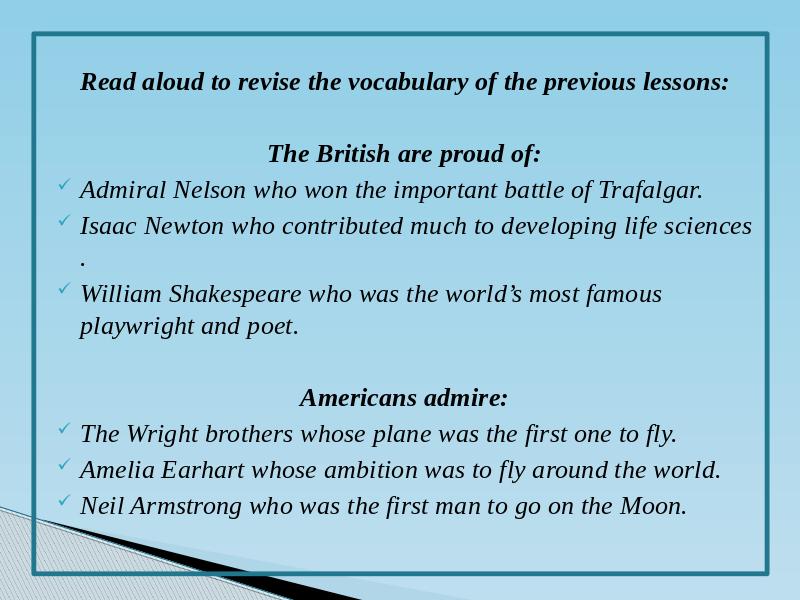 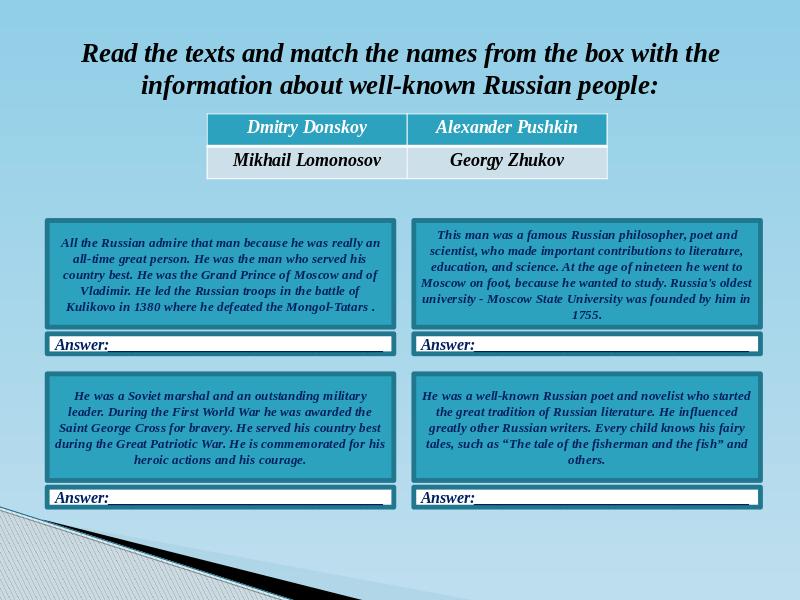 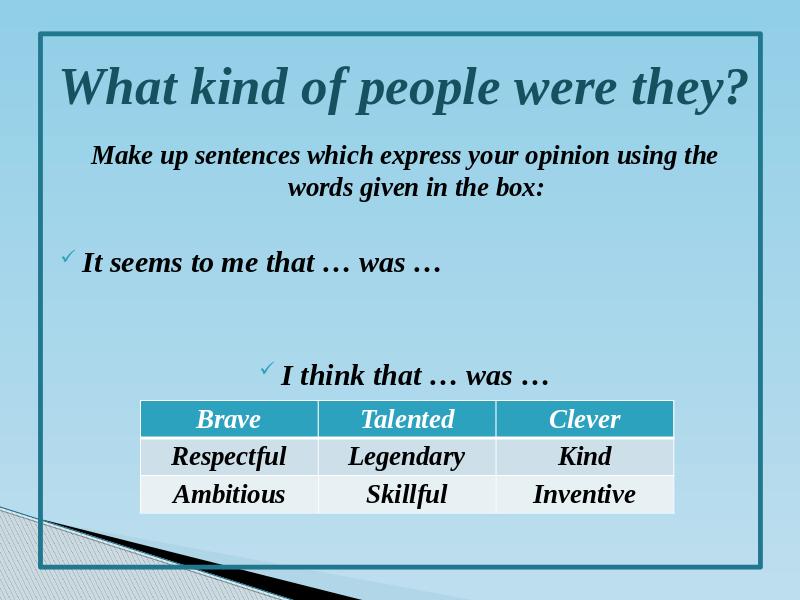 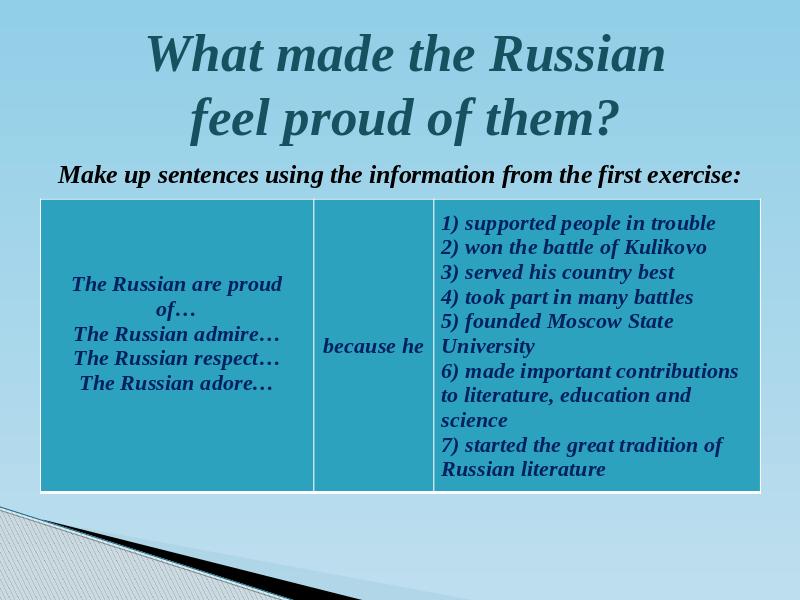 The Russian are proud of… The Russian admire… The Russian respect… The Russian adore… because he 1) supported people in trouble 2) won the battle of Kulikovo 3) served his country best 4) took part in many battles 5) founded Moscow State University 6) made important contributions to literature, education and science 7) started the great tradition of Russian literature What made the Russian feel proud of them? Make up sentences using the information from the first exercise: 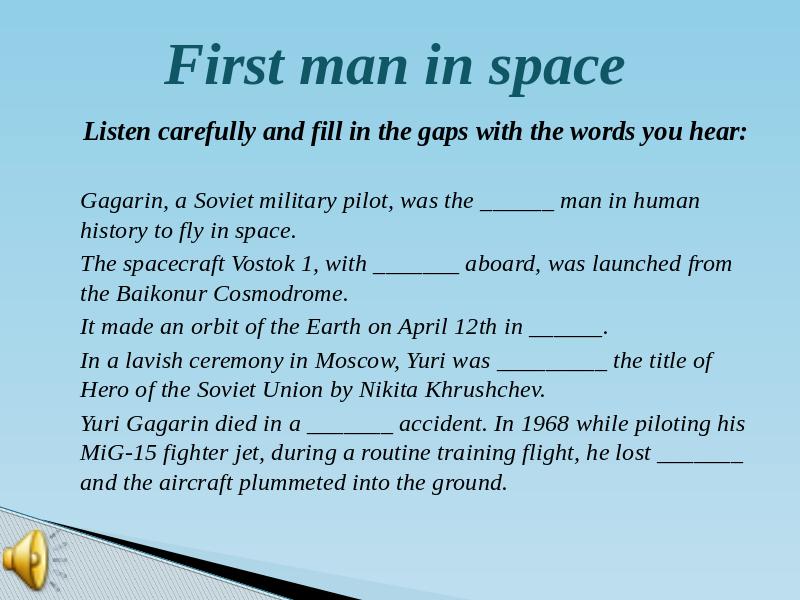 Listen carefully and fill in the gaps with the words you hear: Gagarin, a Soviet military pilot, was the ______ man in human history to fly in space. The spacecraft Vostok 1, with _______ aboard, was launched from the Baikonur Cosmodrome. It made an orbit of the Earth on April 12th in ______. In a lavish ceremony in Moscow, Yuri was _________ the title of Hero of the Soviet Union by Nikita Khrushchev. Yuri Gagarin died in a _______ accident. In 1968 while piloting his MiG-15 fighter jet, during a routine training flight, he lost _______ and the aircraft plummeted into the ground. First man in space 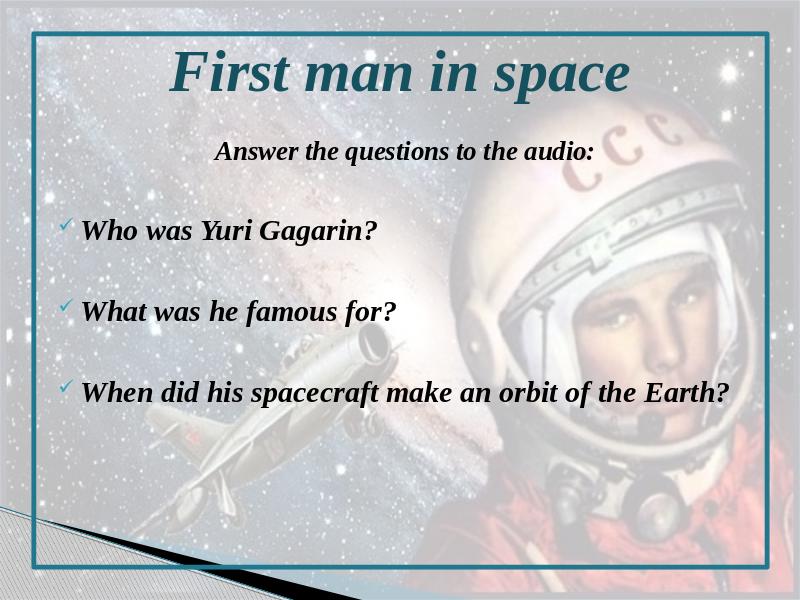 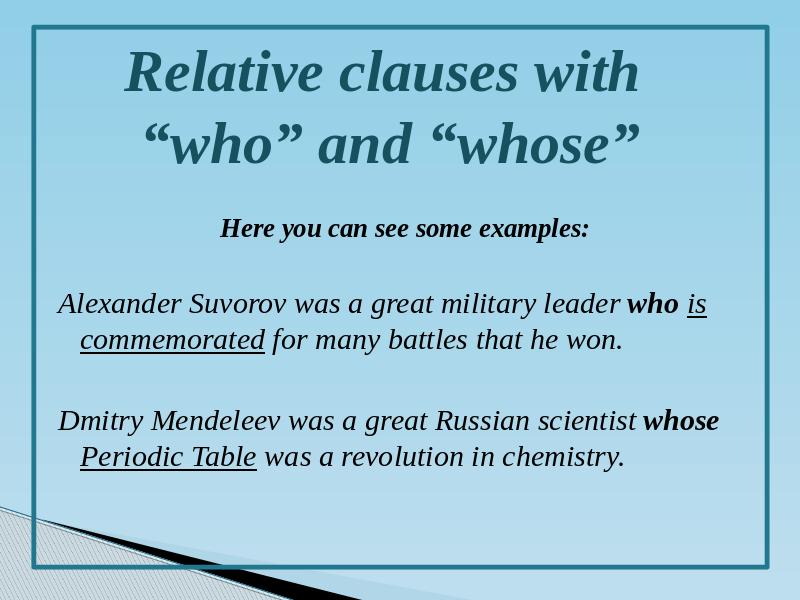 Here you can see some examples: Alexander Suvorov was a great military leader who is commemorated for many battles that he won. Dmitry Mendeleev was a great Russian scientist whose Periodic Table was a revolution in chemistry. Relative clauses with “who” and “whose” 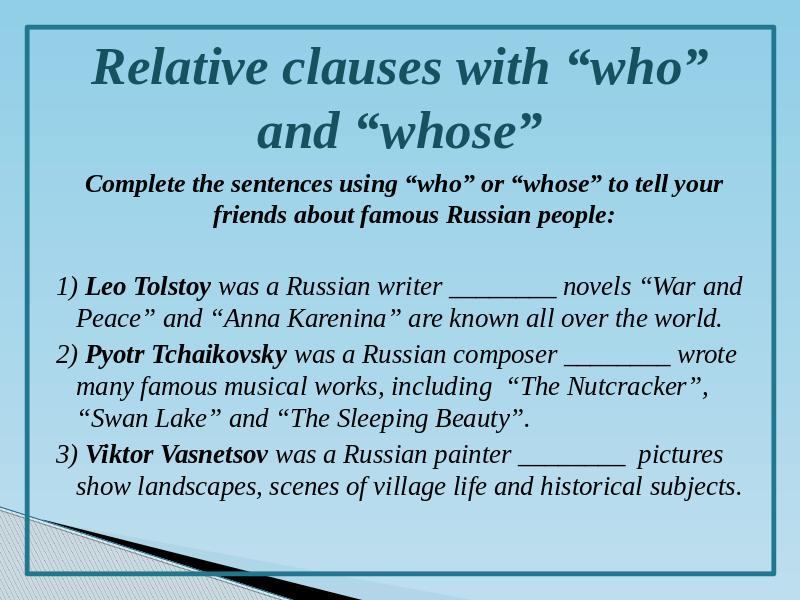 Complete the sentences using “who” or “whose” to tell your friends about famous Russian people: 1) Leo Tolstoy was a Russian writer ________ novels “War and Peace” and “Anna Karenina” are known all over the world. 2) Pyotr Tchaikovsky was a Russian composer ________ wrote many famous musical works, including “The Nutcracker”, “Swan Lake” and “The Sleeping Beauty”. 3) Viktor Vasnetsov was a Russian painter ________ pictures show landscapes, scenes of village life and historical subjects. Relative clauses with “who” and “whose” 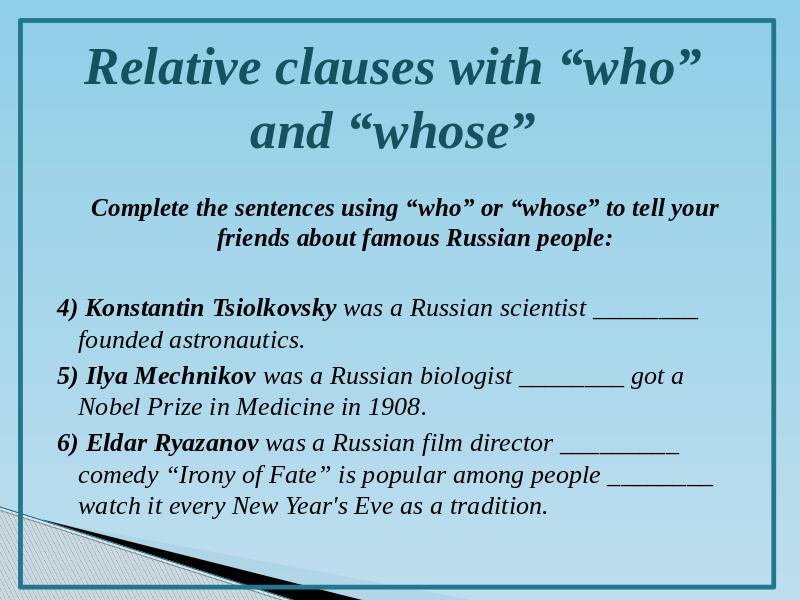 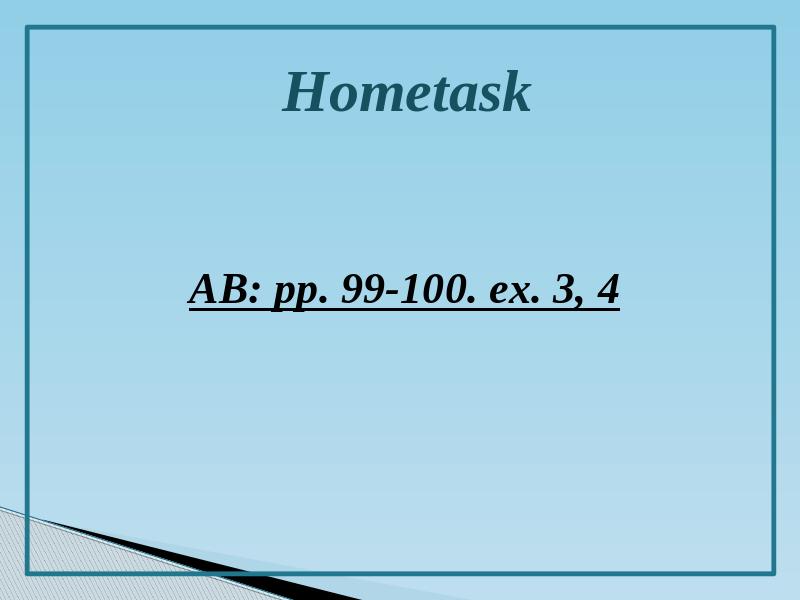