Ведущий 1: William Somerset Maugham was an English playwright and author.  W. S. Maugham was born on December 25, 1874 at the British Embassy in Paris, France. He was the fourth son (of seven children, but only four that survived infancy). His mother was a writer and his father was a lawyer at the British Embassy. His elder brothers Charles, Frederich, and Henry studied at boarding school in England. William spoke French very well.

Ведущий 2: Their home was a famous salon with many literary and artistic people of the day. But when William was 8 years old, his mother died from tuberculosis, and at the age of 10 he lost his father who died of cancer. He was sent to live with his aunt Sophia and Uncle Henry McDonald Maugham, the Vicar of All Saints in Kent, England.  Maugham attended King’s school in Canterbury.  At the age of sixteen he travelled to Germany to study literature and philosophy at Heidelberg University. After coming back to England, he worked for a short time as an accountant and then studied medicine at St Thomas’s Hospital in London.  Having finished his studies, he qualified as a surgeon and a physician. However, he turned to writing. In 1897 his first novel “Liza of Lambent” was published. William was off for a year in Spain.

Ведущий 1: Liza of Lambeth (1897) was 's first novel, which he wrote while working as a doctor at a hospital in , then a working class district of London. It depicts the short life and death of Liza Kemp, an 18-year-old factory worker who lives together with her ageing mother in the fictional Vere Street off  (real) in Lambeth. All in all, it gives the reader an interesting insight into the everyday lives of working class Londoners at the turn of the century.

Ведущий 2: At this time the following works were published:

The Moon and Sixpence is a novel by , told in episodic form by a first-person narrator, in a series of glimpses into the mind and soul of the central character Charles Strickland, a middle-aged English stockbroker, who abandons his wife and children abruptly to pursue his desire to become an artist. The story is said to be loosely based on the life of the painter .

Edward Barnard, a promising financier, goes to Tahiti to help his family to overcome difficulties. He discovers that he needs so little “to keep body and soul together”, that he decides to stay there and never returns to Chicago. His family and his girl are waiting for him in vain…

One day an American sailor lands at the cove of an exotic remote island and fall in love   with the most beautiful girl on the island. He forgets about his native country, he is admired by the pure beauty of the island’s nature and the girl. He is not going to return to the civilized world, but one day he was told that in the cove at the anchorage was a British ship. He disappears…

And at last Maugham finds the proper name for his characters described in the stories “The fall of Edward Barnard”, “Red”- “lotus eaters”. One of his short stories is just called “The lotus eater”. The main character, Wilson, leads indecent way of life on the island of Capri instead of working as a bank manager in one London bank. He is sorry not because of his living here but of his not coming there earlier. “Damned fool, wasn’t I? I’ve lost a whole year that way.”

Ведущий 2: The opinion of the Russian readers

Ведущий 1: Of Human Bondage (1915) is a novel by . It is generally agreed to be his masterpiece and to be strongly autobiographical in nature, although Maugham stated, "This is a novel, not an autobiography, though much in it is autobiographical, more is pure invention." Maugham, who had originally planned to call his novel Beauty from Ashes, finally settled on a title taken from a section of 's . The  ranked Of Human BondageNo. 66 on its list of the .

Ведущий 1:The writer about his characters

“ The characters of fiction are strange fish. They come into your mind. They grow. They acquire suitable characteristics.  An environment surrounds them. You think of them now and again. Then you write about them.”

It seems that the writer doesn’t know  what  are his characters going to do next? They behave  in some different way than  he supposed at first, they live their own life and  don’t obey their Master, they even dare to object  his intentions. In fact, they are real for him,  they are like his children who need his love and support.

Ведущий 2: When Maugham returned to London, he began working on novels and plays. He was inspired by the style of Oscar Wilde.

His most famous plays are:

Ведущий 1: Maugham travelled far and wide during his lifetime to Europe, North America, Far East, the South Seas and beyond.

When World War I  broke out, Maugham volunteered  with the American Volunteer Motor Ambulance Corps. He met American Gerald Haxton, who became his devoted companion and secretary to Maugham until his death.

Ведущий 2:While in America Maugham met the wife of Sir Henry Wellcome, Gwendolyn Maude Syrie Barnardo with whom he had a daughter Liza. They married in 1917.  His wife was a famous interior decorator.

However, they lived apart and finally were divorced. After that William Somerset Maugham travelled a lot.

He saw numerous television adaptations of his works and enjoyed great financial success. He made  generous contributions to the people and institutions who supported him in his life, including building a new library for King’s College, Canterbury, England.

He himself received many honours during his lifetime, including the Queen’s Companion of Honour (1954).

In 1947 Maugham instituted the Somerset Maugham Award to encourage and support young writers.

Ведущий 2: In his later years he wrote numerous essays, short stories and novels, including

Ведущий 1: The Razor's Edge is a book by  published in 1944.  The Razor's Edge tells the story of Larry Darrell, an American pilot traumatized by his experiences in , who sets off in search of some transcendent meaning in his life. The story begins through the eyes of Larry's friends and acquaintances as they witness his personality change after the War. His rejection of conventional life and search for meaningful experience allows him to thrive while the more materialistic characters suffer reversals of fortune.

“The Voice of the Turtle”

Видео “The Voice of the Turtle”

The play “The Voice of the Turtle”

Ведущий 2: During World War II he worked for some time in Switzerland and Russia as an agent of the British Intelligence Service.

Ведущий 1: Having spent so much time there, Maugham decided to move to the French Riviera in 1928. He bought a villa there and continued to entertain guests and write. 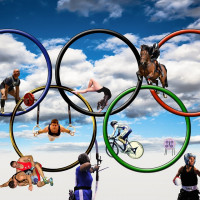