1.Complete each sentence with one of the word combinations below.

Official languages, by boat, is situated, be successful, success, round Europe, was awarded, collected his thoughts, the rash hours, the only, foreign languages.

1He can speak three …: English, German and Spanish.

4There are 15 … … in India and thousands of different dialects.

5English is … solution to this communication problem.

9Try to get to the office before …or you’ll be late for the meeting.

10The winners will travel … from Australia to New Zealand

2. The word in capitals above each of the following sentences can be used to form a word that fits suitably in the blank space. Fill each blank in this way.

The girl was awarded a prize for her English … of the poem.

The … has already begun.

Hong Kong is famous for its quick economic … .

At the award ceremony the … collected a gold medal for his excellent Russian.

Her last … in the theater was successful.

The National Park is visited by thousands of …every summer.

We’ll discuss this important question at the … tomorrow.

3. Read a sentence and write another sentence with the same meaning. Use the Passive Voice.

1“Our team will win the prize,” said the boy. 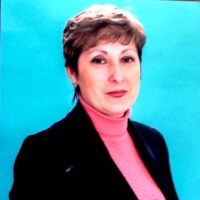