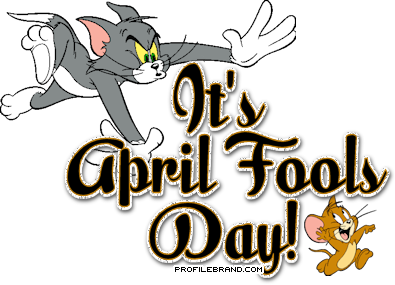 -Today we will speak about April Fools’ Day. Do you know what does it mean?

- April Fools’ Day is the 1st of April. You can play jokes on people, even on teachers. When they discover the joke you say, “April Fool”.

1. Between two little moons I am quite alone. (A nose.)

2. What flowers grow between your nose and your chin? (Tulips -Two lips.)

3.What is white outside and yellow inside? (An egg.)

4.A steel horse with a cotton tail. (A needle and a thread.)

8.What is it, which works when it plays, and plays when it works? {A fountain.)

9.What is it, that doesn't ask questions but must be answered? (A telephone.)

Read and answer the questions:

American author and satirist Mark Twain summed up the nature of the holiday thus: "The first of April is the day we remember what we are the other 364 days of the year." It is a day for harmless tricks and good laughs. The origin of April fool's Day or 'All Fools' Day goes back to the dilemma faced by many Europeans in 1562 when Pope Gregory introduced a new calendar, one which shifted the start of the new year from its traditionally warm nesting place of April 1 to

the cold and dreary date of January 1. This change was so dramatic, and considering the supreme power of the church, so universal in its sweep, that very soon those who hadn't heard of or didn't believe in the calendar change, and continued to celebrate the new year on April first, were christened "April Fools", and became the targets of ridicule and the brunt of some pretty serious jokes and pranks.

Today in the United States both children and adults play small tricks on each other. Among some common tricks are trying to convince someone that their pants or skirt has a rip down the centre backseam, pointing down to a friend's shoe and saying "Your shoelace is untied". Putting salt in the sugar bowl is another common prank, so beware. If the trickster is still around he or she may take credit for his deed by shouting "April Fool". If you are the innocent victim of such mischief, your first reaction may be to wring the scoundrel's neck. However, in the interests of allowing a cultural tradition to survive at least one more year, please consider the date and "take it with a grain of salt".

1. What holiday had been celebrated on April 1st before a new calendar was introduced?

4. What are the usual jokes on this day?

5. What tricks have you played?

Around the world, hugs, handshakes and bows can mean different things in different countries, but the meaning of a smile is universal. Wherever you travel, if you smile you convey happiness and friendliness.

2. Smiling is your first facial expression

Another fun fact about smiling is that you were able to smile, as soon as you were born and you don’t learn it, it is a reflex action that you have from birth. Babies smile in sleep, from birth, but it takes around four to six weeks, before they start smiling when they are awake.

It’s not just a myth, smiling really is catching. In a study that was conducted in Sweden, researchers found that people found it really difficult to frown, when they were looking at other people who were smiling and they couldn’t help smiling themselves.

Another interesting fact about smiling is that when you smile, even when you force it, your body releases the ‘feel good’ hormones, endorphins, which will put you in a much better mood and relieve stress.

You can stop spending all that money on makeup, because smiling is even better at making you look more attractive. In a study, researchers found that about 70% of guys interviewed, found a girl with a smile more attractive, than a girl wearing makeup.

6. But, men look better without a smile!

Strangely though, the opposite of point five is true of men. A study conducted by the American Psychological Association found that women prefer a brooding man to a smiling one.

7. Smile; it will get you promoted

It has been found that employers are more likely to promote employees who smile a lot, than those who do not, although it’s probably not a good idea to go around grinning insanely at your boss all day long.

8. There are nineteen different types of smile

Another interesting and fan fact about smiling is that researchers have identified nineteen distinct different types of smile. They range from the polite, social smile all the way up to the broad, uncontrollable grin.

Smiling translates into your tone of voice, when you speak on the telephone. Customer service reps are taught to smile, when they take calls, because it makes their voices sound more friendly and helpful.

10. Smile and you will live longer

Cheer up, because people who smile often live longer, according to research. Smiling reduces stress and it also boosts your immune system, and those amongst us who smile lots, live an average of seven to twenty years longer, than all sad and grumpy people.

This test is worth 100 points. You have 10 minutes to finish the test.

Read every single question on the test before you begin writing.

Write the names of all the students in your class in UPPERCASE LETTERS:

Tap the person sitting closest to you 5 times on the right shoulder. Then, put your hand on their head for 10 seconds.

What did you eat for breakfast today? (Answer in a complete sentence.)

Make the sound of your favourite animal 10 times.

Write out the names of numbers backwards from 30 (thirty, twenty-nine, twenty-eight...)

Write out the alphabet backwards.

What sound does a pig make?

12. Arrange the words in a sentence to match the sequence given at the end. 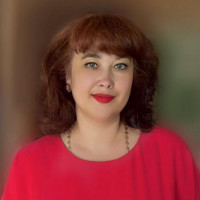 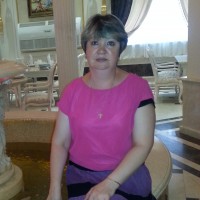