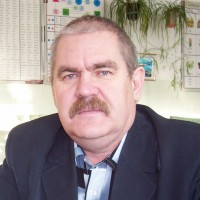 British traditions have always been protected and British customs have been respected for centures.One of these traditions is the tea time.This tradition has existed for over 350 years.

The first who opened the sale of tea in England was Thomas Garvey. He bought from the Dutch merchants 140 pounds of tea, and informed everybody about the sale. Since that day tea in the British Isles has always been popular. It was green tea.

For a  long time there were high tariffs for tea, that’s why only upper-class people could buy it. After the decreasing of the tariffs, the demand for tea has risen suddenly.

The necessity to add milk in tea is connected with the opinion that hot tea spoiled thin walls of cups. The classical variant of tea contains two thirds of strong tea and one third of milk.

As a rule, an average British drinks three or seven cups of tea a day. Sugar, in their opinion, spoils the true taste of the drink.Tea drinking usually begins early in the morning. At 6 o’clock  in the morning England  drinks its Morning Tea. At 8 in  the morning there is breakfast which is completed with a cup of tea of the same name. Next is lunch during which  «A nice cup Of Tea» is necessary consumed .

The custom of drinking tea at traditional five o'clock was introduced by Anna Maria,  for each time there is a special variety of tea. People relate to five o'clock tea as one of the main meals.

It’s a host of the house who pours the drink. For tea they use the utensils from one set. The British prefer silver tea sets.

In England tea is prepared in the following way: they prepare and serve tea  in a pre-heated teapot, pouring a required quantity of tea from 1 teaspoon of tea per one cup of water and one teaspoon for a teapot. Tea is poured with boiling water and allowed to steep for 5 minutes.

Only use freshly drawn cold water, ensure that kettles or water boilers are de-scaled regularly and that teapots are spotlessly clean.

Teapots should be warmed with hot water, which is then poured away.

Use the recommended number of tea bags or one teaspoon of loose tea per cup and one teaspoon for the pot. Water should always be freshly boiled and boiling when added to tea.

Pour a little milk into each cup before pouring the tea through a strainer if necessary, and sweeten with sugar as required.

You can omit the milk and serve the tea with lemon slices if you wish.

How to make:
Put aside one cup of milk, boil the rest of milk and brew the tea in it. Let it brew for 4-5 minutes, then drain. While tea is brewing, beat egg yolks with honey to form foam, gradually adding the cold milk. Continuing to whisk the cream, pour small portions of hot tea. Serve the drink hot.