Match texts 1- 7 with headings A – H. Use the headings only once. There is one you do not need to use.

A. Aberdeen Maritime Museum is situated on the historic Shiprow in the heart of the city of Aberdeen, near the harbor. The museum tells the story of the city’s long relationship with the North Sea. Collections cover shipbuilding, fast sailing ships, fishing and port history, and displays on the North Sea oil industry. The collection includes ship plans and photographs from the major shipbuilders of Aberdeen. Displays show ships and oil rig models, paintings, and “North Boats” material, fishing, whalers and trawlers, the North Sea oil industry, and the marine environment.

B. In 1988 the “Comic Relief” charity organization introduced a new festival to the British culture – Red Nose Day. The event takes place in the spring every second year and is often treated as a semi-holiday, with, for example, schools having non-uniform days. As the name suggests, the day involves wearing of plastic/foam red noses which are available, in exchange for a donation, from many shops. All the money goes to support starving children in Africa and people with AIDS. Many pop stars take part in this festival, they sell their things and possessions at auctions and give the money to “Comic Relief”. Once even Queen Elizabeth II took part in the festival chatting with common people at a pub.

C. Margaret Thatcher is a British politician, who was Prime Minister of the United Kingdom from 1979 to 1990 and Leader of the Conservative Party from 1975 to 1990. She is the first and the only woman to hold either post. Thatcher’s tenure as Prime Minister was the longest continuous period in office since the tenure of Lord Liverpool who was Prime Minister in the early 19th century. She was the first woman to lead a major political party in the UK, and the first of only three women to have held any of the four great officers of state. Among other things, she defiantly opposed the Soviet Union, and her tough-taking rhetoric gained her the nickname the “Iron Lady”. She currently has a life peerage as Baroness Thatcher, of Kesteven in the County of Lincolnshire, which entitles her to sit in the House of Lords.

D. The Venus fly trap is a very interesting example of a carnivorous plant. Most plants get their nutrients from the soil only, but the Venus fly trap is able to get them from the soil and any unfortunate insects that land in its trap. When an insect lands in the trap, the trap closes and the insect is slowly dissolved. The ability of the trap to detect a victim and close is a mystery since Venus fly traps do not have nervous system of any sort. The digestive process typically takes a week or two, after which the trap opens and expels the leftover exoskeleton, which cannot be fully digested.

E. Anacondas in the wild spend most of their time in rivers hunting for their food. They are solitary creatures that are thought to be somewhat shy and not many of them are easily seen. They are very well camouflaged in the swamps in which they live. There are some historical reports of early giant anacondas up to 110 feet long and some of the native peoples of the South American jungle have reported seeing anacondas up to 50 feet long, although there has been no recorded evidence of anacondas of those sizes having been caught. Anacondas have a reputation for poor character. That and the massive size mean that anacondas are less popular as pets than other boas.

3.    You should come , Mrs Brown. We need to talk about your daughter.

Here is a postcard of the International Pen Friend Club. Fill in this postcard to receive your international pen pal’s name and address.

What is the UK?

Here is a postcard of the International Pen Friend Club. Fill in this postcard to receive your international pen pal’s name and address. 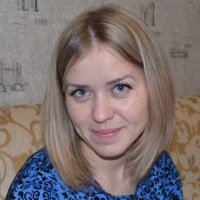