School isn’t preparing students for the job of the future.

WRU creates fund to help those impacted by storm.

Jordan Henderson ruled out for three weeks with injury in blow for Liverpool.

Now read the article and match with the headlines.

The Welsh Rugby Union has set aside £100,000 to support clubs affected byStorm Dennis.

The WRU has been working to assess the impact of the storm in rugby communities in Wales and has announced it will provide extra help and funding to the affected clubs.

An “exceptional circumstances” fund of £100,000 has been created, and the WRU is sourcing other resources to help tackle the problems.

WRU chief executive officer Martyn Phillips said: "These are exceptional circumstances and we have therefore decided to allocate dedicated funds and resources to help out rugby clubs in need in communities throughout the country.

"There is money put aside for emergencies such as these and we will take great care to ensure both money and resources in the right areas so that we are helping those who need it the most."

There will be a bucket collection at the Wales international match in Cardiff this weekend against France to raise additional funds.

A ten-month-old girl has sprouted fabulous locks so 'thick and lush and shiny' strangers mistake it for a wig.

Glasgow mum Alessandra McCurry was astonished when newborn baby Marissa arrived into the world with a full 'mop' of hair.

She was born by caeserean section last year, and when the 32-year-old mum was handed her daughter for the first time, she was at first entranced by her newborn's huge blue eyes.

"I took her back to the babies' room, everyone in the room was just shocked- I was showing her off."

Do you have a baby with impressive hair? Send your pictures to

Jordan Henderson has been ruled out for three weeks with a hamstring injury,  boss Jurgen Klopp has confirmed.

Klopp added that the injury isn't as bad as first feared and revealed that the rest of his Liverpool team are currently in good health.

"It could have been worse," said Klopp in his Friday press conference. "We all know it was a hamstring injury. It's not that bad but he will be out for three weeks or so which is not cool but as we see it, it's lucky."

was pictured leaving hospital on Friday following a scan on his hamstring.

The Reds captain came off as a substitute towards the end of Liverpool's Champions League defeat by Atletico Madrid after pulling up with the problem.

Are Toronto’s universities out of touch with the needs of the marketplace?

As fears that a shortage of skilled labour is looming over the future of work in the Toronto region, students who will soon enter the workforce are searching for ways to diversify their skills.

Writing, reading, research, presentation — the skills associated with some of the most common undergraduate degrees — are proving insufficient for the elaborate needs of an ever-digitized labour market. This has students turning to extracurriculars and volunteer opportunities to better prepare themselves for life after graduation.

A flight to repatriate dozens of Britons quarantined on board a coronavirus-stricken cruise ship in Japan has been delayed by a day because of logistical difficulties.

The 78 Britons who have been held on board the Diamond Princess since February 3 were due to fly home today but will have to wait until tomorrow.

The British embassy in Japan blamed the delay on the fact the operation was “logistically complicated”.

Some 634 people on board the ship have tested positive for the virus, the . Two Japanese passengers were confirmed to have died yesterday after contracting the virus on board.

Which article isn’t about the British?

Choose one of the article, retell the article from the point of participant’s view and draw the illustration. 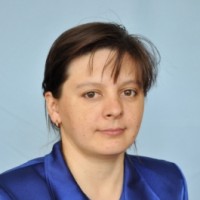