THE UNIVERSE OF STEPHEN HAWKING

I would like to introduce my paper about the British famous scientist Stephen Hawking. I decided to take part in the conference because, first of all, I like English, then, I am going to take an exam in this school subject in June and the third reason is that Stephen Hawking is not a usual man for me – he is the person I admire. I study English with pleasure and I often watch TV programmes about well-known people of the world to broaden my mind. Not long ago I saw a feature film about this scientist and was greatly impressed by his story.

I was really impressed by the fact that Stephen Hawking lives life to the full being physically disabled! I decided that I should learn more about this person and try to have such a strong will as he has!

But what was his childhood like? What was he interested in? Why did he start learning Physics? Who influenced his character? How did he learn about his disease? Where did he find forces to struggle with his disability? How did he manage to make scientific discoveries? What is his life like nowadays? So many questions arose at once!

The aim of my work

to learn more about the biography of Stephen Hawking

So first I decided to ask my classmates some questions to see if they knew something about this person. Then I looked up all possible information about him in different sources: the Internet, encyclopedias, books and TV programmes. When I got a lot of it, I tried to pick out the most remarkable and interesting facts about Stephen Hawking and made this project work. Today I’m ready to share this information with you.

From my point of view, he is a person who should be admired. When he was at University College, Oxford, he was diagnosed with ALS, a form of Motor Neuron Disease. But, nevertheless, he got married and started a career at the university.

Stephen Hawking was born on 8 January, 1942 in Oxford, England. It is interesting to know that he was born 300 years after the death of Galileo exactly on the very date.

The father of the family wanted his eldest child to go into medicine too, but at an early age Hawking showed a passion for Astronomy science and the sky. He used to spend long summer evenings in the backyard of their house staring up at the stars.

During his teens Hawking along with his close friends constructed a computer out of recycled parts for doing some mathematical tasks.

Despite his poor grades both his teachers and his classmates seemed to understand that they had a future genius nearby and that’s why his nickname was “Einstein”.

He remained active even after he entered a college at Oxford University at the age of 17. He loved to dance and also took an interest in rowing

In 1962 he graduated from the University with honors in Natural Science and went on studying at Cambridge University for getting a degree of Ph.D. in Cosmology.

Stephen Hawking first started to notice some problems with his physical health during his first year at Cambridge. He tried to keep these symptoms to himself. But when his father saw that something was wrong with his son he took Hawking to see a doctor. After a series of tests during 2 weeks at a medical clinic the 21-year-old college student was informed that he was in the early stages of amyotrophic lateral sclerosis (ALS). Simply saying, the nerves that controlled his muscles were shutting down

It was a shocking news for Hawking and his family. But a few events, however, prevented him from becoming completely ruined. While he was still in hospital he shared a room with a boy suffering from leukemia. Comparing to what his roommate was going through Hawking’s situation seemed to be more tolerable. Not long after he came home from the hospital he had a dream that he was going to be executed. He said that this dream made him realize that there were still things to do for him in his life.

But the most significant change in his life was the fact that he was in love. At a New Year party in 1963 shortly before he had been diagnosed with ALS Hawking met a young languages undergraduate called Jane Wilde. They married in 1965.

In fact, Hawking’s disease helped him become the famous scientist he is today. Before the diagnosis Hawking hadn’t focused on his studies a lot.

The next few years were a fruitful time for the scientist. A daughter, Lucy, was born to Stephen and Jane in 1969 while Hawking continued with his research. He also published his first book “The Large Scale Structure of Space Time” (1973).

In 1974 Hawking’s research made him very famous in the scientific world when he showed that black holes weren’t the information vacuums as other scientists used to think at that time.

Hawking’s brilliant career was accompanied, however, with the worsening physical state. Stephen could still feed himself and get out of bed, but anything else required assistance. In addition, his speech became increasingly worse so that only those who knew him well could understand him. In 1985 he lost his voice so a 24-hour nursing care was necessary. It also badly influenced Hawking’s ability to do his work. The decision of the problem was soon found. A computer programmer from California developed a speaking program that could be directed by a person’s head or even eye movement. The invention allowed Hawking to choose words on a computer screen that were then passed through a speech synthesizer.

He continued to write numerous scientific papers and in 1988 the book “A Brief History of Time” was published.

Hawking had always wanted to travel into space. In 2007, at the age of 65, Hawking made an important step towards space travel. While visiting the Kennedy Space Center in Florida, he was given the opportunity to experience zero gravity.

Steven Hawking is also famous for having a sense of humour. Once, he was invited to the American television where he showed off his humorous side. He made a guest appearance on The Big Bang Theory, a popular comedy about a group of young, geeky scientists.

In November of the same year, a film about the life of Stephen Hawking and Jane Wilde was released. The Theory of Everything stars Eddie Redmayneas Hawking and encompasses his early life and school days, his courtship and marriage to Wilde, the progression of his crippling disease and his scientific triumphs.

Hawking was back in the headlines in the summer of 2015. In July, he held a news conference in London to announce the launch of a project called Breakthrough Listen. Funded by Russian entrepreneur Yuri Milner, Breakthrough Listen was created to devote more resources to the discovery of extraterrestrial life.

The reason I admire him is because he is intelligent and brave, and he never gives up on life. When I think of him, I know that anything is possible as long as you really want it work hard to achieve.

Even if you are familiar with his academic work, however, there are many interesting facts you might not know about Steven Hawking. Many people find it surprising, for instance, that, despite all his great scientific research work and discoveries, Hawking isn’t awarded the Nobel Prize.
Вселенная Стивена Хоккинга
PPT / 2.01 Мб 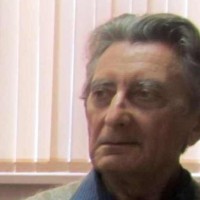